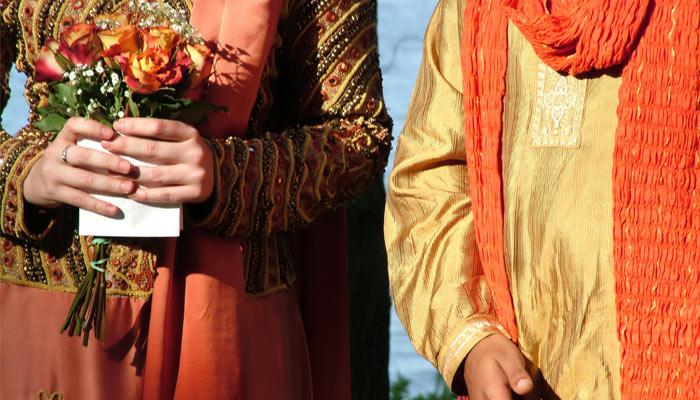 A cancelled marriage is nothing new when you hear of the groom doing it. But, when it is from the bride, it surely asks for your attention.

Yes, this time it is a bride, Priya, from Chennai, who does the 'dumping'. Let us have a look at her broken wedding tale, which happened in the town of Bodinayakanur, south-west of Chennai.

Recommended Read: 12 Things No Self-Loving And Respecting Woman Should Take Ever In A Relationship

Priya (20), who was supposed to walk the aisle on October 18, 2015, actually walked out of the wedding when the groom reached the venue in an inebriated state. When it was time to take those seven vows; the groom, Chellapandi was not found in his normal self, so much so, that he started assaulting Priya and her relatives. The melodrama and tantrums were still tolerated by Priya until he started beating her with the sticks of flowers. This bizarre turn of the events left her bewildered and shocked.

These 11 Smart Ways For Women To Judge The Character Of The Guy They Meet In An Arranged Marriage Setup will surely help you before you say the final yes.

It was then that she took a decision of a lifetime. She threw the first sign of rejecting Chellapandi by giving him back the newly-tied mangalsutra. She took another bold step and reached the police station to file a case against his misbehaviour at the ceremony. Inspector Jayarani, the Station Officer of the All Women Police Station in Bodinayakanur, was all praises for Priya’s exemplary boldness in refusing to accept a drunkard as her life partner. The brave action from the girl helped the department to resolve the entire issue. Priya, who is now a role model for girls in her community, has been flooded with marriage proposals.

It is great to see a girl from rural India stand up for herself. Priya, who is from a poor family, and could only study till eighth standard not only saved her own life from being ruined, but also brought pride and glory to the women community. Her story is an example for girls to play an active role in highlighting such incidents. We, at BollywoodShaadis, wholeheartedly support this bride’s decision, who took such a courageous decision for her life.

NEXT READ: Ever given this a thought? 12 Reasons Why The First Year Of Your Marriage Is Most Important For Your Relationship

Age is just a number – while you believe it to be just a cliché, some happy couples have proved that nothing matters when one is in love. Though a lot of couples have received flak for marrying someone with a significant age difference, without giving a damn about the