On Yash's 36th birthday, his wife, Radhika Pandit shared a glimpse of his midnight celebrations and 'K.G.F.'-themed cake on her IG handle.

Naveen Kumar Gowda, known by the stage name Yash, is one of the most popular names in Kannada cinema. K.G.F. star, Yash had met his soulmate, Radhika Pandit during a shoot and their first impression was completely opposite. Later, the two had become friends and after an engagement in Goa, the two had got married in a private ceremony on December 9, 2016. On December 2, 2018, they had become parents to a baby girl, Ayra and on October 30, 2019, they had completed their family by welcoming a baby boy, Yatharv.

On January 8, 2021, Yash had turned 35 and his doting wife, Radhika had penned an adorable birthday wish for her ‘bestie’. Taking to her IG handle, Radhika had shared a candid picture with Yash from his cake cutting and had written:

“Sometimes I wonder, why you are so perfect for me… then I realise its coz u let me have your share of cake too. Happy birthday my Bestie.” As Yash turned 36 today, i.e., on January 8, 2022, his wife, Radhika Pandit shared a glimpse of their midnight celebration on her IG handle. Taking to her IG stories, she shared a video of Yash’s K.G.F. themed birthday cake with a ‘Happy Birthday Rocking Star Yash’ tag on it. Radhika also shared a picture of Yash’s second cake made with fruits and ‘Happy Birthday Dadda’ written on it. We also got a glimpse of the birthday card their kids, Ayra and Yatharv gave to their daddy. The star kids made their hand impressions on a paper surrounded with a red heart and wrote, “Happy Birthday Dadda” atop it. 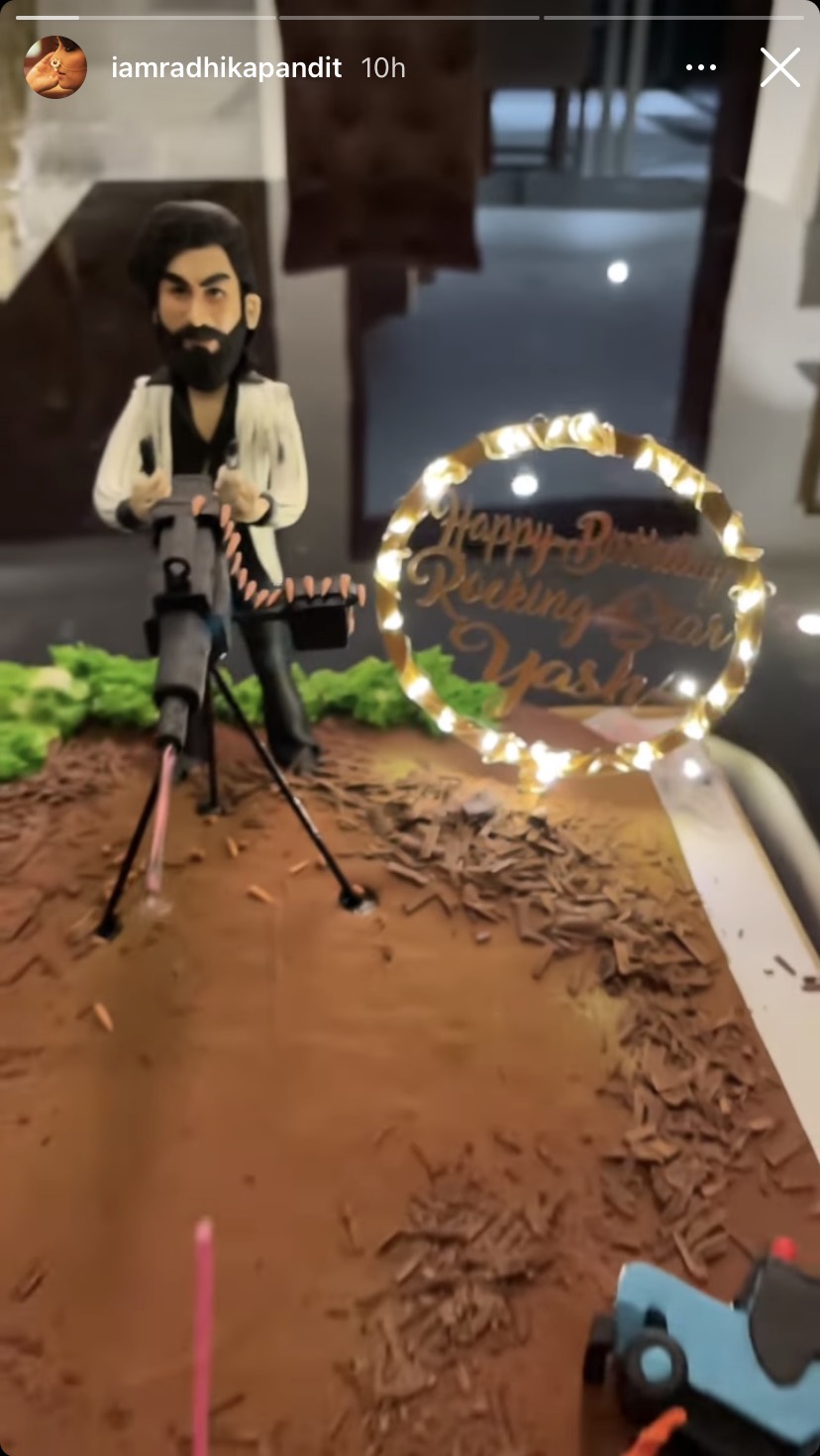 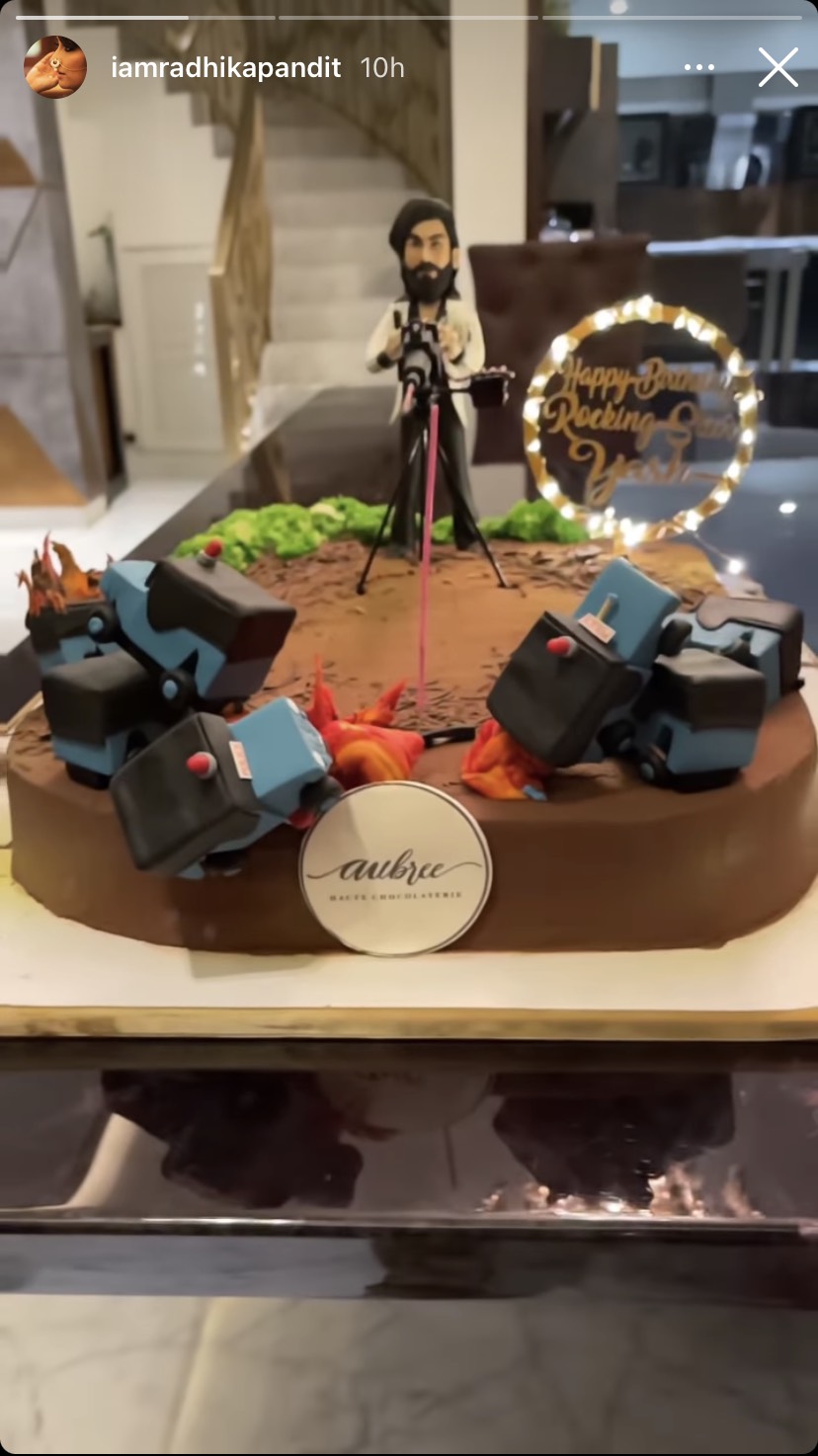 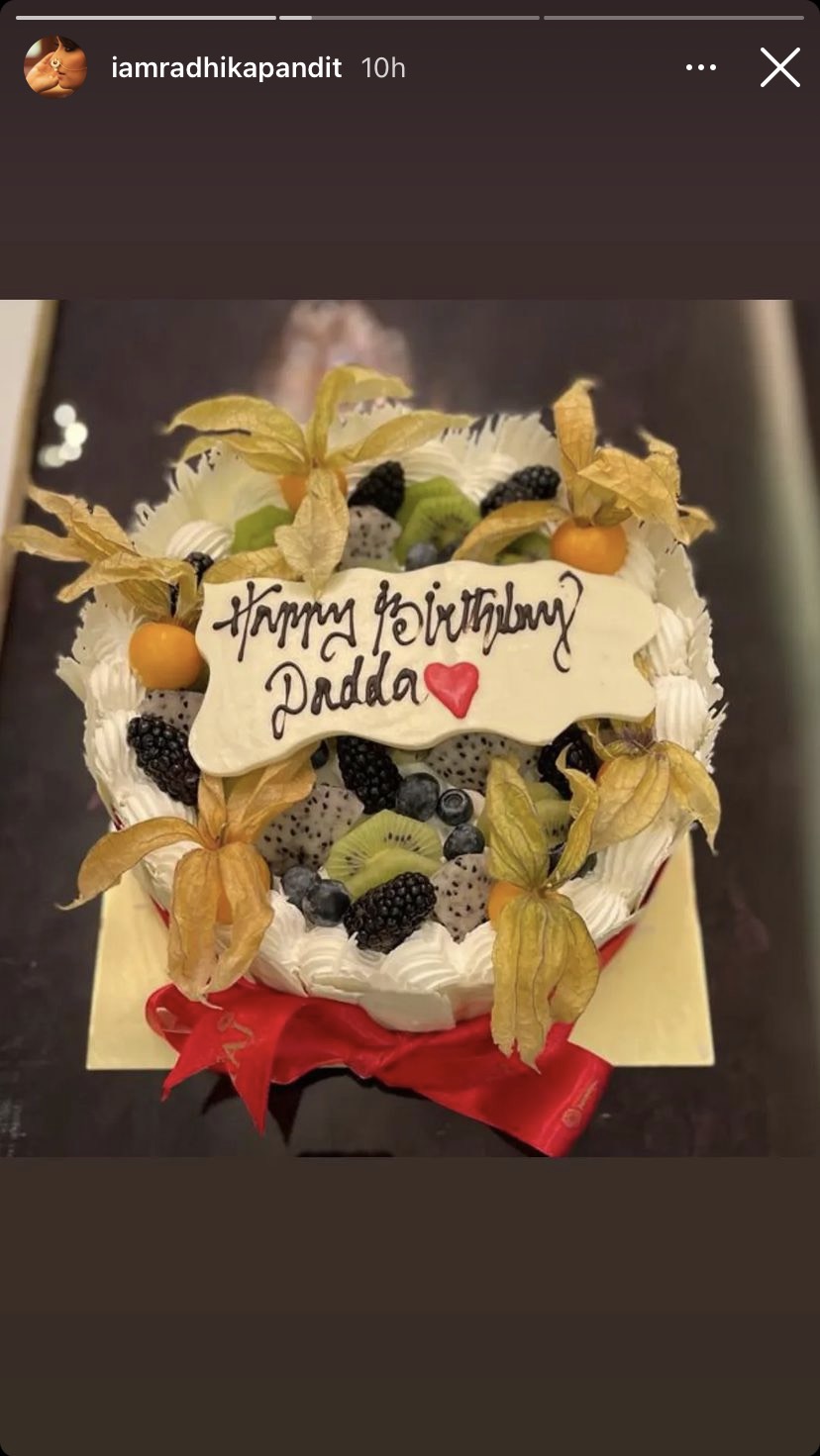 In 2020, Yash’s birthday celebration was a grand affair. For the event, Nandi Links ground in Bengaluru was lit up and a 216 feet poster of the actor was created. His fans had made a cake weighing more than 5000 kgs and more than ten buses were arranged for all his fans to reach the venue. Millions of fans had reached the venue just to get a glimpse of their favourite star. On his 34th birthday, Radhika and their daughter, Ayra had baked a delicious cake for him. Radhika had taken to her hubby, Yash’s IG handle and had posted a birthday wish. Sharing the video, in which she and Ayra could be seen baking and decorating the birthday cake for him, Radhika had written:

On December 9, 2021, Yash and Radhika had completed five years of marital bliss and to mark the special occasion, she had posted an unseen picture with her husband. In the photo, they were seen enjoying a romantic sunset moment. Along with the picture, Radhika had penned a heartfelt note which could be read as: 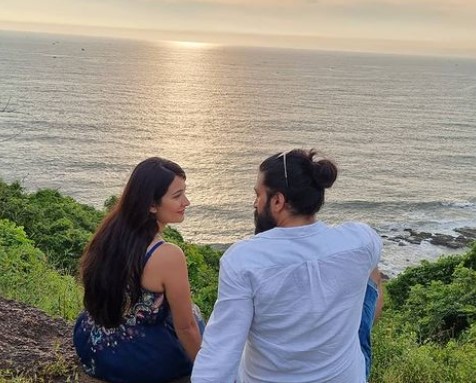 Next Read: Boney Kapoor Shares A Rare Picture With His Late Wife, Sridevi, Reveals One Thing They Had In Common