Twinkle Khanna talks about how the lockdown has affected the sense of time in her latest IG post and what did her son, Aarav do when he found her mom taking a nap instead of studying! 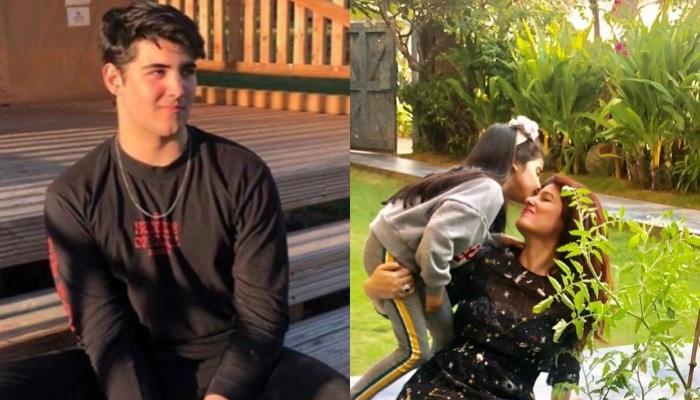 Twinkle Khanna is one quirky personality whose writings and limericks are so fun to read, let alone the hilarious captions of her social media posts. Being a writer, Twinkle Khanna often associates daily life struggles that writers face and gives it a funny twist every now and then! Scroll down to know how according to Twinkle lockdown has affected writers and what did her son, Aarav do when he found her mom taking a nap instead of studying! (Recommended Read: Paras Chhabra Feels Lucky To Have Mahira Sharma In His Life, Posts Adorable Unseen Selfies)

Twinkle Khanna had once revealed in one of her quirky Instagram posts that her son, Aarav has saved her number as 'Police'. And Twinkle being Twinkle, she had shared an appropriate picture to go with the same, along with a funny caption. Her caption could be read as "Considering my son has saved my number as ‘Police’ on his phone I suppose this is rather apt." 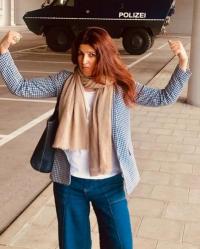 Mrs Funnybones, Twinkle Khanna took to her Instagram handle to post a funny picture of her napping and her daughter, Nitara coyly looking at the camera. The picture was clicked by her son, Aarav with the funniest caption. The picture looks perfectly normal at first glance, it becomes funny when you know the story behind it, which is revealed in the quirky caption. It can be read as "My son crept up and took this picture today. The little one and I were meant to be studying and reading together when I have fallen asleep with a pencil in my hand! Is it just me going through this peculiar phase where every day around 4 pm the brain just fogs up? #IWillGetYouForThisBhatiaBoy." Check out the picture below: Twinkle Khanna never skips a chance to take a dig a on her kids and her fans love their hilarious social media banters. This story goes back to the time of lockdown, when Twinkle Khanna and Akshay Kumar’s handsome boy, Aarav Kumar had donned his chef’s hat and had baked a chocolate brownie cake with cherry compote for his family. The proud mom, Twinkle had described her 17-year-old boy’s baking skills in the most hilarious way and had captioned the picture as "When I had a bun in the oven, I did not know I was going to push out a future baker. I produced him and seventeen years later he produced this chocolate brownie cake with cherry compote. #ProudMomMoment." When the Indian food columnist of BBC, Maunika Gowardhan had commented on the post, “In the genes” Twinkle had replied, “@cookinacurry not from my side clearly." 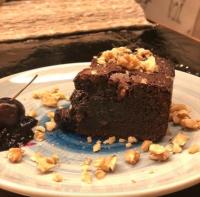 Some time ago, Twinkle Khanna had even given a glimpse of the dinner and dessert prepared by her young boy, Aarav and had written, "My teenager makes us dinner and dessert all by himself. On the menu- mushroom risotto, miso avocado salad, chicken skewers and chocolate souffle. #proudmomma." (Also Read: Bipasha Basu Gives Befitting Reply To Troll For Accusing Her Of Getting The Skin-Whitening Treatment)

Did you know that our Khiladi Kumar isn't allowed to make coffee at home? Twinkle had revealed why she had barred her husband, Akshay Kumar to make coffee at home anymore, and the reason is hilarious. Sharing a picture of Akshay, holding a coffee cup, Twinkle’s witty caption could be read as “Writers need caffeine almost as much as pencils require graphite. But… this is the reason why I have never asked him to make a cup of coffee for me again! #throwback." (You May Also Like: Sonam Kapoor Wishes Bro, Arjun On His Birthday, Talking About Laughter He Brings Despite All Odds) 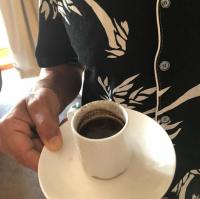