Remembering one of the iconic moments of Bollywood's history when the father-son duo had set the stage on fire by their dynamics. Scroll down to check out the video! One more shining star stopped shining forever and gloomy darkness had shrouded the whole industry. It seems almost unbelievable that Bollywood can suffer such an irreparable loss to this extent in a matter of two days only! God only knows what else has the year 2020 in store for us. Remembering the superstar, we stumbled upon an old video of Rishi ji, dancing along with his son, Ranbir Kapoor and it just fills our eyes with tears realising he's no more! (Recommended Read: Remembering Rishi Kapoor And Neetu Kapoor's Love Story, He Invited His Mom-In-Law To Live With Them)

Legendary actor, Rishi Kapoor bid farewell and left us teary-eyed when we were just composing ourselves from the shock and pain of industry's finest actor, Irrfan Khan's untimely demise. May God give all of us the strength to fight these testing times. 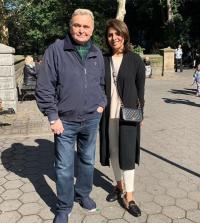 Walking down the memory lane, reminiscing some of the iconic moments of this ever-shining star's career, it would be a grave injustice to not mention his magnetic performance at the 2012 IIFA awards with his son, Ranbir Kapoor. He had literally set the stage on fire with his signature steps on his iconic song, 'bachna aye haseeno lo mai aa gaya'. Everyone's eyes were glued to Rishi ji's charismatic energy and people had even forgotten for a moment that even Ranbir Kapoor is there on stage! An elated Neetu Kapoor was seen sitting in the audience, enjoying every moment of the father-son duo having the time of their life together on stage. Ranbir Kapoor and Rishi Kapoor had created an amazing interface of both the generations together and it was utter bliss to the eyes to watch Rishi ji dancing like no one's watching! You'll always be alive in our memories sir, and no one can ever replace you!

The whole Kapoor clan is in deep mourning and the irreparable damage that they have suffered is beyond our comprehension. Any amount of condolences cannot calm down the grieving soul. His daughter, Riddhima Kapoor Sahni posted a picture with her dad on her Instagram handle and wrote a caption that can be read as "Papa I love you I will always love you - RIP my strongest warrior I will miss you every day I will miss your FaceTime calls every day! Until we meet again papa I love you." Even Kareena Kapoor Khan also posted a very old, back and white picture of Rishi ji and her father Randhir Kapoor together, from when they were little kids. She captioned the picture as "The best boys I know... Papa and Chintu uncle." followed by two red hearts emojis. Indeed, the best artist and a wonderful human being, the industry mourns gravely at your loss. 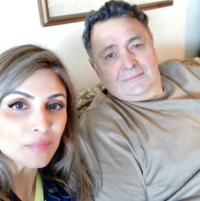 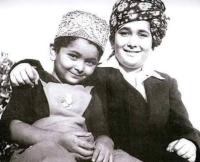 A grieving Karishma Kapoor also posted a monochrome picture from her childhood days with her uncle, Rishi Kapoor and grandfather, Raj Kapoor. Along with the picture, Karisma wrote the caption, "Always looking over family..chintu uncle will miss discussing food and restaurants with you.. #uncle #legend." The news of Rishi Kapoor's battle with cancer had first broken out when on September 29, 2018, he had tweeted about taking a break from work. His tweet had given heat to all kinds of speculations although had requested his fans and well-wishers not to speculate unnecessary rumours. (Also Read: Rishi Kapoor's Daughter Riddhima Kapoor To Drive 1400 Kms From Delhi To Mumbai For Her Dad's Funeral) 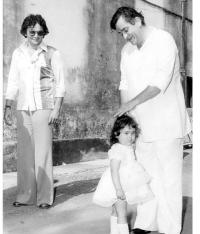 He had further explained that he was going to America for some medical treatment. It was on January 1, 2019, when Neetu ji which had hinted that Rishi ji was indeed suffering from cancer. Sharing a family picture from their New Year celebrations, the star wife had written, “Happy 2019 no resolutions only wishes this year !!! Less pollution traffic!! Hope in future cancer is only a zodiac sign !!! No hatred less poverty loads of love togetherness happiness n most imp. Good health." You're deeply missed, Rishi ji, and you'll always stay in our heart! (You May Also Like: Neetu Kapoor And Riddhima Kapoor's Emotional Posts For Late Rishi Kapoor Will Leave You Heartbroken) 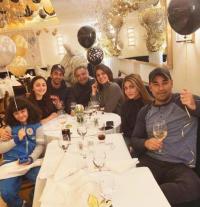 We pray your soul rest in peace, Rishi ji! 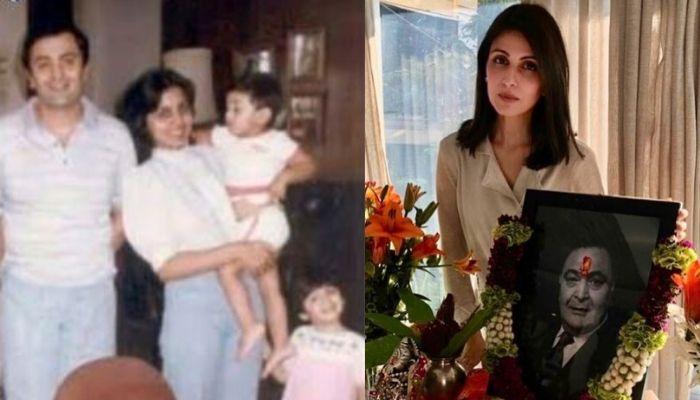