When Neetu Kapoor Talked About Her Wedding, Recalled How Rishi Kapoor Fainted Before The 'Ghudchadi'

When Neetu Kapoor Talked About Her Wedding, Recalled How Rishi Kapoor Fainted Before The 'Ghudchadi'

In a throwback interview, Neetu Kapoor shared details of her grand wedding and recalled how Rishi Kapoor had fainted before the 'ghudchadi'.

Rishi Kapoor and Neetu Kapoor will always be the evergreen couple of Bollywood. They reinstated our faith in love and marriage when they had done khullam khulla pyaar and had flaunted their feelings for each other. After making his Bollywood debut with the film, Bobby, Rishi Kapoor had become a star overnight. Girls would drool over his charming personality and would write love letters to him.

But the 'chocolate boy' of Bollywood had lost his heart to the gorgeous Neetu Singh. Rishi was an established actor when he had started dating Neetu, who was just 14. It was never a love at first sight for Rishi and Neetu. He would often irritate Neetu with his pranks, but eventually, both Rishi and Neetu had realised that they were made for each other and had tied the knot on January 22, 1980.

Rishi Kapoor And Neetu Kapoor Visit Balaji, She Impresses Him By Nailing A Tamil Tongue-Twister

Also Read: Aditya Pancholi Once Called His Relationship With Kangana Ranaut As Good As 'Husband And Wife' In a 2003 throwback interview with Rediff.com, Neetu Kapoor had talked about her grand wedding with Rishi Kapoor. Sharing details of her big fat Punjabi wedding, Neetu had said that her wedding had taken place at Golf Course in Chembur, Mumbai. As it was one of the biggest weddings of the year, the entire film industry was invited. 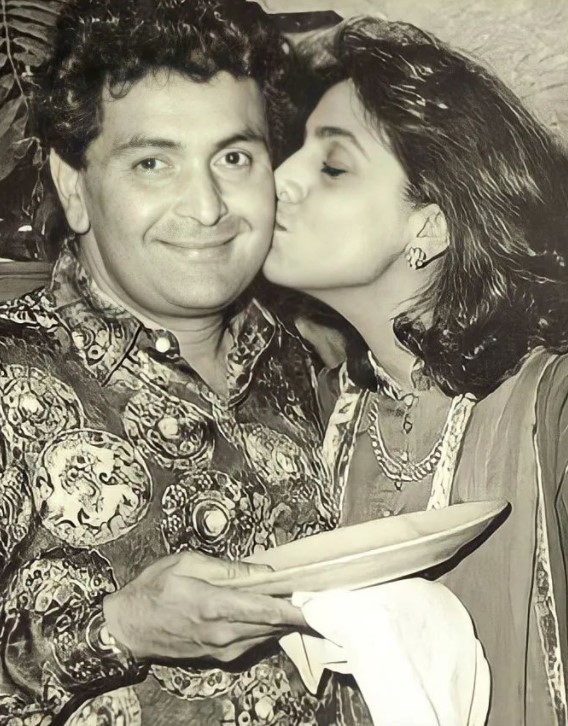 "Papa [Raj Kapoor] had heard him casually somewhere and kept him in mind and invited him for my sangeet. He sang all night. The guests were stunned by his performance! The gaana bajaana [musical celebrations] went on for days." For one of the biggest weddings of that time, the entire area from RK house to the golf was cordoned off. During the course of the interview, Neetu had recalled a funny story from her wedding. Speaking about the same, Neetu had said:

"There were so many gatecrashers at the reception. They were dressed well and were carrying packed gift boxes. The security men let them in thinking they were guests. Later, we found stones in the gift boxes." Rishi and Neetu's wedding festivities went on for 20 days. When the most eligible bachelor of Bollywood was getting married to the most loved actress of that time, then it had to be grand. In the same interview, Neetu had also shared that she had fainted at her wedding and so did Rishi Kapoor. In her words:

"I fainted at my wedding and so did my husband [Rishi Kapoor]. My lehenga was too heavy. Plus, there were too many people. It was too much for me to handle. My husband fainted because he couldn't take the crowd. He fainted just before he was to climb on the ghodi." On April 30, 2020, Rishi Kapoor had bid adieu and had left for his heavenly abode. On May 2, 2020, Neetu Kapoor had shared an emotional farewell post for her late husband. She had taken to her Instagram handle and had shared a picture of Rishi Kapoor with a drink in his hand, posing for the camera with his enchanting smile. She had captioned the picture as “End of our story.” For the unversed, Neetu and Rishi had 40 years of marital bliss.