In 1980, legendary scriptwriter, Salim Khan had tied the knot with Helen, despite his marriage with Sushila Charak. A few years ago, Helen had revealed that she had felt ‘guilty’ of marrying him. Through Howrah Bridge, a girl named Chin Chin Chu entered into our lives, who owned the item songs with her fabulous footwork, exotic looks, even more exotic costumes and irresistible grin. Helen became a genre in herself, who though started her career as a chorus dancer in the early 1950s, her breakthrough was as a solo dancer in Howrah Bridge (1958). She was the Zulfon wali Haseena, who eagerly waited for her Piya to come, and with her explosive songs, every dil became pyaar ka dewaana. Helen became synonymous to the item dance numbers in Bollywood films. Over 700 films in her kitty, Helen still makes our hearts flutter with her cat-like eyes and a wide smile. (Also Read: Dharmendra Converted To Islam To Marry Hema, As His First Wife Refused To Divorce Him)

It was in the mid-1960s, when the legendary scriptwriter, Salim Khan had helped Helen bag several projects in Bollywood, which formed a great professional relationship between the duo. Soon, their professional camaraderie flourished on the personal level too and by the late 70s, Salim Khan was ready to take it to a new level. An already married Salim Khan wanted to marry Helen and they did, in 1980. It is not known if Salim Khan’s first wife, Sushila Charak knew about his extra-marital fling, but Helen did know that she is having a liaison with a married man. Nevertheless, it didn’t become an obstacle for Helen or Salim Khan in their journey of becoming husband and wife. 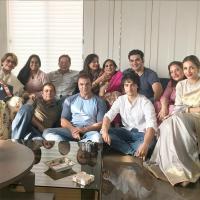 In a throwback interview, Helen had shared that she had felt ‘guilty’ of marrying Salim Khan in the beginning. A Pinkvilla report had quoted Helen as saying, “The fact that Salim was a married man did disturb me and I did felt guilty in the beginning. Something about Salim set him apart from the rest of the industry men. I respected him tremendously as he tried to help me out without trying to exploit me.” A report by Orissapost.com states that even Salim Khan’s children, Arbaaz Khan, Salman Khan and Sohail Khan were against their father’s second marriage. 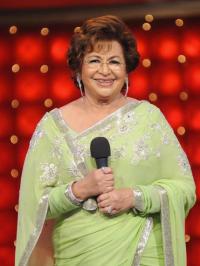 Things didn’t go smooth for Salim Khan and Helen after they had gotten married but eventually, his first wife and kids accepted his second wife and their hostility was short-lived. Speaking about the same, Salim Khan had shared, “They've all realised that Helen is a wonderful person, the children have realised that she's as good as their mother, They feel, daddy likes her, our mother likes her, we also like her, she's family. Now Salman will give his life for Helen. On Mother's Day, or any time he buys anything for Salma, Salman will always buy two of the same thing, always one for Helen too.” (Also Read: When Yash Chopra Had Revealed Why He Was Scared To Film Jaya Bachchan And Rekha Together In Silsila) 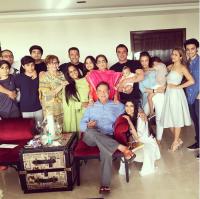 Arbaaz Khan had too, spoken about his father, Salim Khan’s second marriage with Helen and their relationship with her. As per a DBPost report, Arbaaz had stated, “It is my father’s personal matter. We cannot speak much on this issue. We were small when she came in our life. Our father has given her (Helen) a status. How our parents handled this situation is their personal matter. We give maximum respect to Helen Aunty. We care for her, because she is part of our father’s life. We have accepted this situation with love and dignity. We all live together and eat together. This is not possible even in a modern family. Children respect both mothers. It is a nature’s miracle.” (Also Read: When Gauri Khan Had Commented On Religion Difference With Shah Rukh Khan And Said She Won't Convert) 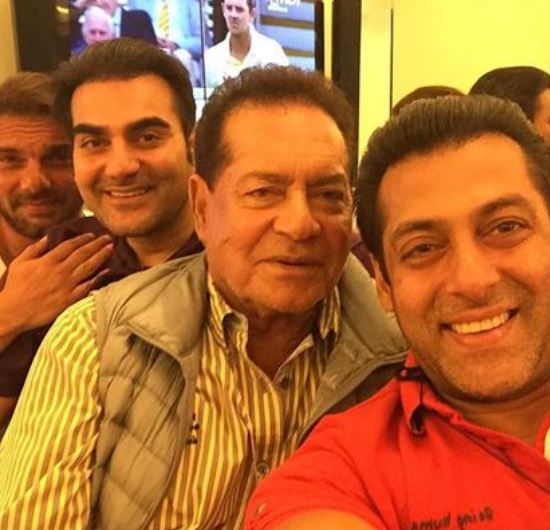 Much love to the ‘modern’ Khan family!