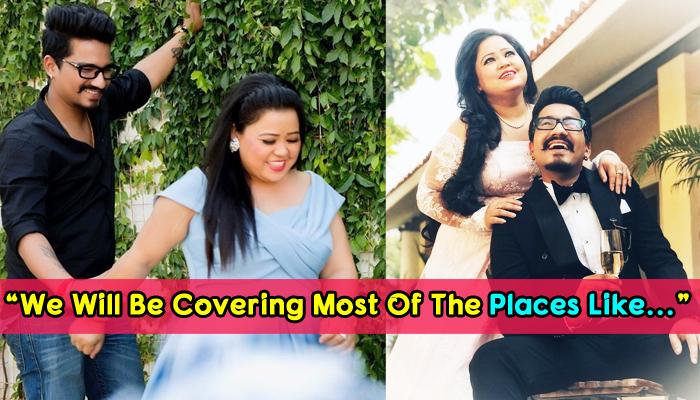 Comedienne Bharti Singh and writer Haarsh Limbachiyaa are all set to tie the nuptial knot on December 3, 2017 in a beach wedding in Goa. With the wedding preparations in full swing, Bharti has been giving us so many news these days, and we can’t thank her enough to keep her pre-wedding events public through social media.

Now and then, on a daily basis, she either posts a pic or uploads an Insta story. There are videos and of course, the ceremonies. In an interview with the Indian Express, she revealed a lot about her wedding plans, and things, and not to mention, it was all in her typical humourous style. 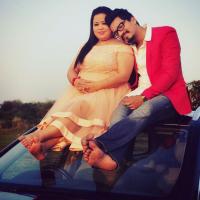 On being asked about how the preparations are coming up for the D-day, she said:

“I am really enjoying preparing for the wedding though it seems to be an endless job. My family has also been panicking, since every now and then, a new requirement is coming up.”

Check out what all Bharti and Haarsh shopped for:

About any gift that Bharti would be getting from Haarsh, she replied funnily:

“Arre, kya yaad dilaye jaa rahe ho (Why are you reminding me all these?). But what gift, Haarsh is already getting the best 80 kgs gift in Bharti, I don’t think he would need anything else.”

Suggested Read: When Bharti Asked Haarsh Why He Wants To Marry A 'Moti Ladki' Like Her, This Is What He Said 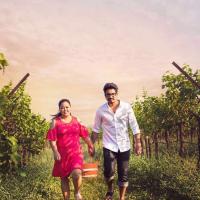 When the Indian Express asked why her fans haven’t seen any video of the couple in the sangeet practice videos, she sweetly replied:

“We have already done so much of work and performed for nine years and now we want our families to perform for us. We would just witness their spectacular acts like judges.” 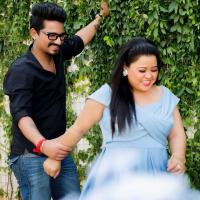 You May Like: 'Nayi' Bahu Smriti Khanna 'Mooh Dikhai' Picture Proves How Happy She's In Her 'Sasural'

As we all know that Aashka Goradia and Brent Goble are also getting married on December 3, so when asked about this coincidence, Bharti retorted:

“Our dates got finalised at the last moment and it didn’t strike that it was the same as Aashka. Since both of us are having three-day functions, friends would be hopping around. Aashka has a white wedding on December 1, which everyone is excited about, so post attending that, a lot of them are traveling to Goa to be a part of our festivities. We are kickstarting with a fun pool party on December 1, and then the mehndi and sangeet-cocktail function is the next day. On December 3, we have the haldi ceremony in the morning, a sundowner wedding and the reception in the evening.” 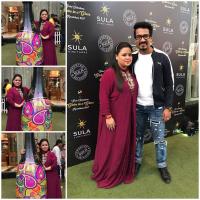 And finally, who all would be there at her functions in Goa? Bharti revealed her guest list:

“As of now Krushna Abhishek, Sanaya Irani-Mohit Sehgal, Manish Paul, Anita Hassanandani, Monalisa, Puja Banerjee, Siddharth Jadhav have already confirmed. Kapil (Sharma) bhai has also promised to be there at least for a day since he would be busy with his film Firangi. Maybe not for all three days but I know all my industry friends will definitely be there by my side.”

Don't Miss: Dimpy Ganguly Wishes 2nd Anniversary To Hubby In An Emotional Manner, But His Wish Is Epic! 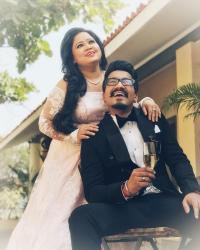 Aren’t her answers sweet and funny? We sincerely think that Haarsh is definitely getting the best gift of his life. So, here we’re! We are all too excited for Bharti and Haarsh’s wedding. And you guys, stay tuned in here for more follow-ups on this story and to keep getting wedding updates.