Bollywood and Breaking News well they just can't live without each other. Here, is the recent grapevine running around in the film industry. The National Award winning actress Vidya Balan is all set to tie the knot by the end of this year. The man who stole our dear Vidya’s heart is none other than SRK. Well don’t be shocked, there is perfect peace in Shahrukh-Gauri villa. Vidya’s SRK is the UTV motion pictures’ CEO Siddharth Roy Kapoor.

If reports are to be believed, the 34 year old actress will have a Punjabi-style Sangeet on December 11 followed by Tamil wedding at a south Indian temple on December 14, followed by a reception. All the wedding preparations are in full-swing.  The wedding will be kept as a private affair and only closed relatives and friends will be invited.

Talking about Sabyasachi, well, he will also be designing 18 saris for Vidya’s bridal trousseau and her family. The traditional wedding colours will be used in her bridal wear. Since Vidya is Palakkad-born, her saris and her entire bridal wardrobe will see traces of south. Saris will be in pure Chennai silk and designer Sabyasachi himself will go to Chennai to source the silk. These saris will have exquisite work done by the designer. 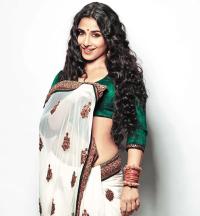 As for all the Balan fans, soon we will see Vidya joining Bollywood’s ‘Married Brigade’ and celebrating her Birthday on January 1 with her hubby darling. After marriage, the couple will shift to their recently bought ‘Juhu’ bunglow.

Well, if we have told you all, then why leave honeymoon aside. Here is another inside scoop, a little ‘birdie’ told us that Siddharth and Vidya are planning for a honeymoon in the Caribbean Islands. Kapoor has already applied for a four week leave in December.

Here is a brief history of this soon-to-be married couple. The Dirty Picture star, who has been dating Siddharth for quite a long time, had her share of link-ups in the past. Before him, 'Reportedly' Vidya was seeing Shahid Kapoor, post Shahid’s break-up from Kareena. Siddharth has also been married twice before. 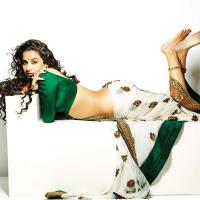 Seeing the current examples, Kareena and now Vidya, it looks like Bollywood divas do have a huge soft corner for married men.

Are you excited for Vidya-Siddharth Marriage? Or who according to you makes the 'Perfect' jodi with Vidya? Share your views in our comments section below.

Every girl wishes to get married to someone, who not only loves her but shows his complete faith in her. And when one finds their soulmate, nothing but their happiness matters the most. In today’s world when finding the right partner seems like the most difficult task, Sana Khan was