Vrinda Dawda announced the name of her baby boy with adorable glimpses from his naming ceremony.

Dil Dosti Dance fame, Vrinda Dawda and her hubby, Bhavin Mehta are enjoying every moment of their parenthood journey with the arrival of their baby boy. It was in March 2021, when Vrinda had announced the news of her pregnancy and on June 30, 2021, the duo had become proud parents of a baby boy.

A few days back, Vrinda and Bhavin had completed 40 days of parenthood and to mark the day, Vrinda had taken to her IG handle and had shared her first family picture. Twinning in black, Vrinda and Bhavin were seen looking lovingly at their son, who was sleeping peacefully in his daddy's arms. Vrinda had captioned the picture as "40days Of Parenthood" followed by a nazar amulet and love-struck emoticon. 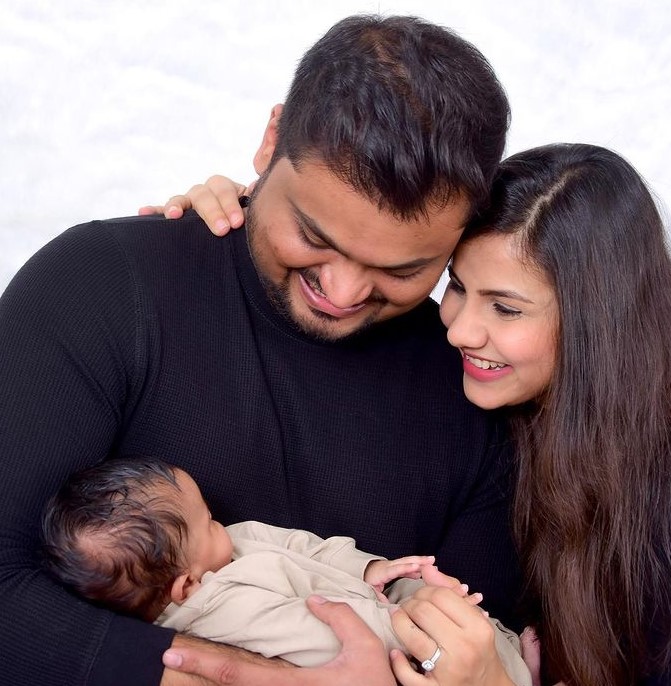 On August 23, 2021, Vrinda and Bhavin hosted their son's naming ceremony. The doting mommy took to her IG stories and shared glimpses of the ceremony and revealed the name of their little wonder. Vrinda shared a partial glimpse of 'baby Mehta' with a card placed atop him on which, "Hello world, My name is Shreyaan Mehta" was written. Vrinda also shared an adorable picture with Bhavin and Shreyaan from the ceremony. 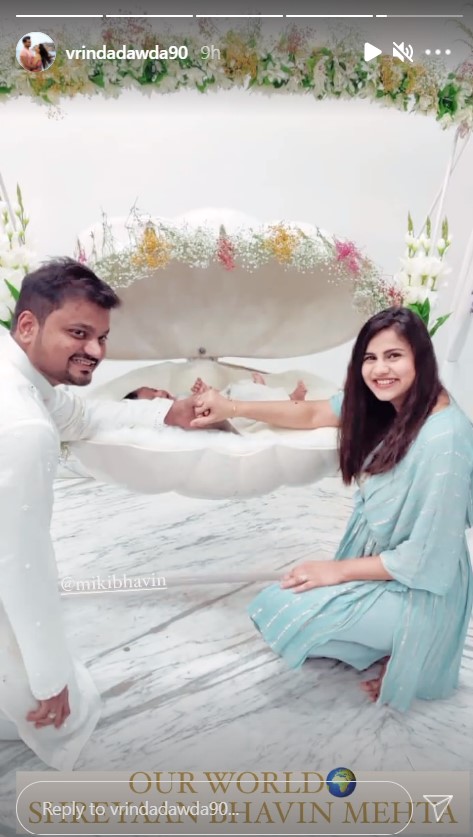 Just before the arrival of her baby, Vrinda Dawda Mehta had spoken exclusively to Bollywoodshaadis.com and had revealed if they had zeroed down any name for the child. Vrinda was quoted as saying, "We being like Gujarati, so we believe in rashi and all, so the name will be according to the Rashi of the baby. Other than that poore time ghar pe masti chalti rehti hai ki agar ladka hua toh ye rakhenge. And there are my cousins joh funny way mein bolte hain ki hum Duttabai rakhenge, ye rakhenge toh aise sab chalta rehta hai."

Recommended Read: Esha Deol Reveals How Her Motherhood Experience With Miraya Was Different From First-Born, Radhya On July 7, 2021, Vrinda Dawda had talked about her pregnancy experience and had expressed her happiness on being a mother. Penning an ‘I Did it’ note, Vrinda had shared the problems she had faced to bring her baby into the world. She had written, “I DID IT! We were together, nothing else in the world mattered. Those nine months of pregnancy, my c section, the pain, the bleeding, the sore nipples, my swollen face and feet… are all worth it.” To announce the arrival of their little munchkin, Vrinda had taken to her IG handle and had shared an adorable video. In the video, Vrinda and her husband, Bhavin Mehta, were seen twinning in white attires, and as the new mommy had burst a big balloon, blue confetti had popped out, indicating that it’s a baby boy for them. She had written, "Its A Boy." Television actress, Vrinda Dawda and her husband, Bhavin Mehta are enjoying their parenthood journey to its fullest since the arrival of their baby boy, Shreyaan. It was on June 30, 2021, when the couple had embraced parenthood for the first time since their marriage. For the unversed, the duo had tied the knot