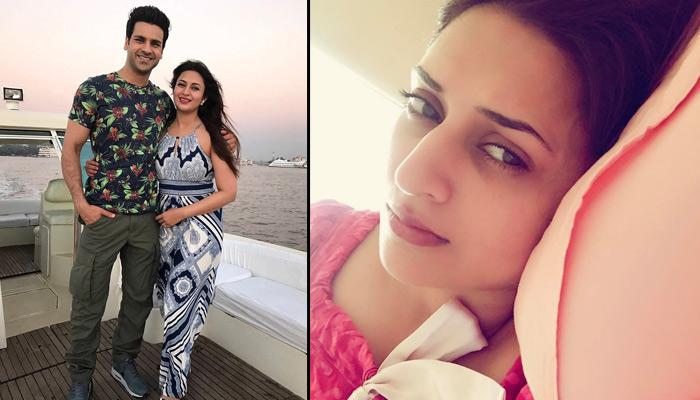 Matches are made in heaven and this couple from telly land is truly made for each other. We are talking about none other than, the sweetest Divyanka Tripathi and the heartthrob Vivek Dahiya. With each passing day, this couple is making everyone fall in love with them even more. 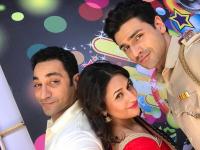 DiVek (as Divyanka and Vivek’s fans fondly call them) walked down the aisle on July 8, 2016 and it was undoubtedly a lavish affair. The fan-following of Divyanka got proved during her wedding as she was trending those days on social media.

Checkout: 7 Bollywood And Television Celebrity Couples Who Are Expecting Babies In 2017 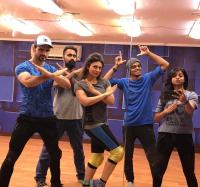 The ones who are ardent followers of a famous dance reality show, Nach Baliye might know that they have participated in the 9th season the same. There is no doubt about the fact that the lovebirds are head-over-heels in love with each other and that is very evident during all their performances.

You May Also Like: This Video Of Manasi Parekh With Her 5-Month Old Baby Nirvi Will Bring A Smile On Your Face

Sadly, last week Divyanka couldn’t perform because of her injury and Vivek had to give a solo performance. Despite the pain, Divyanka wanted to make a comeback the very next week, which will be aired this week. So, for the new ever give up spirit of the actress, the doting husband planned a surprise for her. 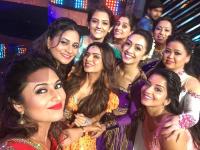 A source close to the couple revealed a famous entertainment portal:

"Divyanka was back on stage this week, and were one of the highest scoring jodis in the episode. Though Divyanka has been in pain, she insisted on getting back to the competition, and for all that she's been through, Vivek wanted to give her a small surprise. He flew his family down from Chandigarh and put them up in a hotel and surprised Divyanka on the sets after their performance."

Aww… he is such a doting hubby!

You May Like: Divyanka Bashed A Fan On Social Media Who Was Trying To Abuse Her Husband Vivek 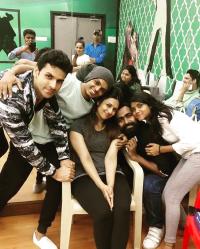 Don't Miss: Do You Know How Vivek Dahiya Proposed To Divyanka Tripathi?

In fact, after this, Divyanka was overwhelmed and even said that the surprise has been the best ones she has even gotten and the best cure for whatever she’s been going through. She even posted a family picture from the sets on her official Instagram account: 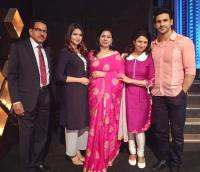 "Best remedy for any pain -
#Family giving you a surprise visit.
#NoSubstitute for family!"

Vivek shared the same picture on his Instagram handle and captioned it as:

"My pillars of support, guidance and love. #Family #Surprise"

Such loving family, don’t you think so?

We, at BollywoodShaadis, would like to wish this Divyanka, Vivek and their aww adorable family all the happiness and love in this world. May you people keep making each other’s days with pleasant surprises. And all you guys, stay tuned with us right here to get the latest updates related to your favourite celebs! The much-awaited news is finally here! One of the most hard-working and loveliest couples from the Indian television industry, Divyanka Tripathi Dahiya and Vivek Dahiya have finally left for the long due honeymoon. For those who don't know, these two cuties tied the knot on July July 8, 2016, and their