Vishal Aditya Singh and Madhurima Tuli have been making headlines with their fights on 'Nach Baliye 9'. And they again grabbed attention by forgetting their steps. 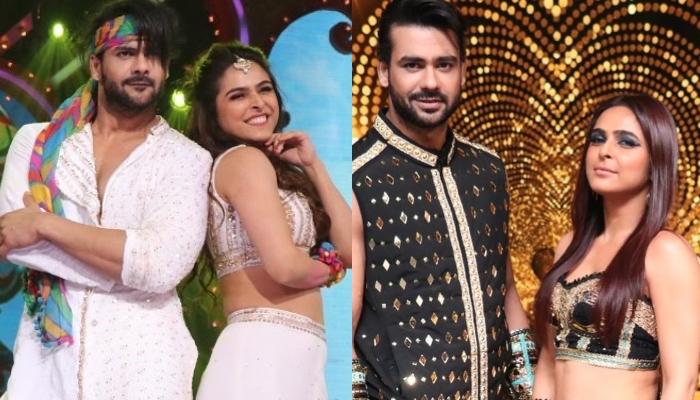 The season nine of Nach Baliye is filled with controversies and fights. And thanks to ex-baliyes, Vishal Aditya Singh and Madhurima Tuli, the dance reality show has gotten more spicy with their teekhe comments. (Recommend Read: Taimur Ali Khan Enjoys Playtime With A Pup Before Going To Sleep, His Happiness Knows No Bounds)

For those who don't know, last week, Vishal and Madhurima had yet again made it to the headlines as their fight had gone worst. According to an inside source, a difference of opinion had occurred between the two, which resulted in abuses and the two almost ended up clawing at each other. Later, the production house team had to intervene to stop them.

This time the duo landed up in trouble again by forgetting their dance steps. Yes, according to a report in Bollywoodlife, Madhurima forgot her steps and left the stage which made the judges angry. The report can be read as "Madhurima Tuli had forgotten her steps while she was dancing and had left the stage in between of her performance. This did not go well with judge Ahmed Khan. Madhurima returned to the stage but this time it was Vishal who could not remember the dance steps. Ahmed Khan was angered by this behaviour of the ex-couple. However, he allowed them to perform again but decided not to give them any scores." (Also Read: 'Khatron Ke Khiladi' Co-stars, Aly Goni And Jasmin Bhasin Spotted On A Lunch Date Together) 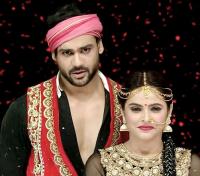 Coming back to their last week's fight, in an interview with SpotboyE, Madhurima had shared that Vishal had apologised to her via a Whatsapp message that can be read as "Sorry". However, she hasn't forgiven him and had shared, "No, nothing left to forgive. I don't think that I can talk a word to him now." 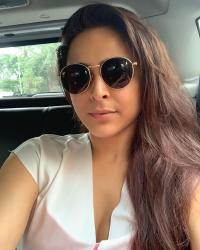 Earlier, in an interview with the Bombay Times, Madhurima had talked about Vishal's cold behaviour towards her, and had stated, "He has always been a little loud, but I wasn’t expecting him to bare our private life in front of the whole country. I understand we are exes, but he can’t say just anything to me. Before signing Nach, we had a great conversation. We wanted to do the show, give our best and win it. But after coming on the show, he was completely different. His behaviour was disheartening. He was never so cruel with me. Honestly, I didn’t expect this from him. I don’t say anything to him even on the show as I believe that silence speaks much louder than words." 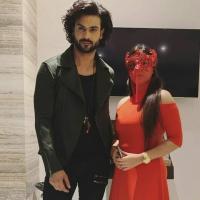 In an interview with The Indian Express, Vishal had revealed the reason behind his breakup with Madhurima. He had shared, "We have not been in talking terms. Our relationship has been no less than a roller coaster ride. We would break up and then patch up often. I was actually clueless in the relationship. After a point, I was made to realise that I wasn’t worthy of her. That’s when I knew this was not meant to be. The time I was with her, I was always put down. I had lost all my positivity and the will to grow. Honestly, I wasn’t happy with her at all and knew she was not the right one." (Don't Miss: Disha Parmar Of 'Pyaar Ka Dard' Celebrates BF, Rahul Vaidya's Birthday By Posting A Heartfelt Wish)

Well, we hope Vishal and Madhurima's behaviour doesn't land them in danger zone!