In these testing times when nothing seems right, our favourite couple, Virat Kohli and Anushka Sharma make sure to give us the daily dose of happiness. Scroll down to see their adorable picture! 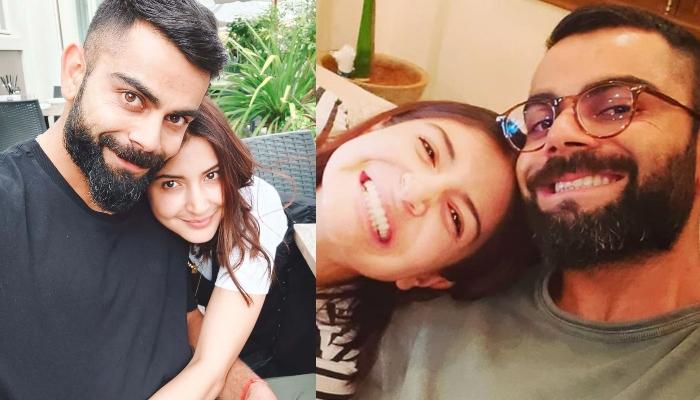 Over the last few decades, we have been running with the speed of time! In order to achieve it all in life, we have ignored our health and relationships. Now, a health crisis has made us lockdown inside our homes, right where we had started. It is a way of universe telling us that our true strength is in our family and everything else is just temporary. In these testing times, when nothing seems right, it is important to stay positive and stay together. And one Bollywood couple that has been giving us happiness goals is none other than Anushka Sharma and Virat Kohli. (Recommend Read: Karan Johar's Kids, Yash And Roohi Have Taken A Sabbatical From His Roasting, They're Missed Already)

We are social species and maintaining a social distance has made things a lot more difficult for us. However, Anushka and Virat are acing this lockdown period and giving us family goals. A few weeks ago, Anushka had worn a bakers hat and had made a yummiest cake for her father which was loved by her hubby, Virat. Later, we spotted the duo playing monopoly with the entire family and creating positive vibes. The duo keeps on sharing snippets from their life for their fans to stay hopeful in these times of quarantine.

On April 13, 2020, Virat gave us another glimpse of how his lockdown life has been treating him. The cricketer took to his Instagram handle and shared a lovely picture with his wife, Anushka and their pet, Dude. We love how cutely Anushka gave a peck on Dude's face while Virat captured the moment. Alongside it, the cricketer wrote, "Knowledge of what truly matters in life is a blessing." Check it out below:

Virat and Anushka are like any other normal couple, and instead of fancy dates, they like to keep things simple. In a media interaction, Virat had revealed, "Me and my wife like to do normal things, we just like going around for walks. If you have a place like Napier (a city in New Zealand), it's beautiful. Last night, we were at the marine parade. You know, full moon. We were just enjoying that. Sitting on a bench and just talking. It’s actually the simplest things that give us a lot of joy purely because we are always in the public eye and we're always doing things in front of people. It's very important to get away and be totally not known by people. That's something that both of us really like." (Also Read: Rhea Chakraborty Quashes The Rumours Of Dating Sushant Singh Rajput, Claims To be Good Friends Only) 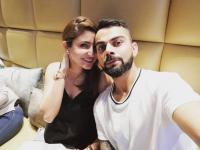 Talking about their marriage, in an interview with the Filmfare magazine, Anushka had opened up on the same and had shared, "I feel so happy when people say that. If the happiest moment in your life can make others so happy, it makes me feel so blessed. We wanted to keep it genuine. We didn’t want it to be adulterated and touched by anything, which would remind us that we’re celebrities. We were with our parents and our siblings, who’ve sacrificed so much for us, our closest friends, who’ve supported us through our worst." (Don't Miss: Chahatt Khanna's Sister, Simran Khanna Ends Her Marriage, Husband Gets The Custody Of Son, Vineet)

Well, we are in love with Virat and Anushka's chemistry! What about you?