Virat Kohli's Moves At Yuvraj-Hazel's Sangeet Will Make You Fall In Love With Him… Yet Again!

Virat Kohli's Moves At Yuvraj-Hazel's Sangeet Will Make You Fall In Love With Him… Yet Again! While one of the eligible bachelors of the Indian cricket team lost his single status in November 2016, there was another one who made every girl’s heart skip a beat at the former’s wedding celebration. Well, the one who joined the doubles’ club in 2016 is none other than the star cricketer Yuvraj Singh, who tied the knot with Hazel Keech on November 30, 2016, as per Sikh rituals.

And, the other hottie that we are talking about is none other than the extremely talented Virat Kohli.  Apart from striking some killer shots with his bat on-field, this man is also known for his killer moves that he shows whenever there’s a rocking song being played. And when there’s a combination of an Indian wedding and a Punjabi song, then nothing can actually stop this man from killing all the ladies with his charm. 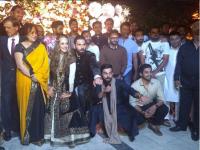 So, it was Yuvraj Singh and Hazel Keech’s sangeet ceremony on November 29, 2016, and India’s test cricket team’s captain, Virat was there with rest of the ‘men in blue’. Too much glamour already, right? To top it all, there was Punjabi singer Ranjit Bawa, to add more tadka to this big fat Punjabi wedding. 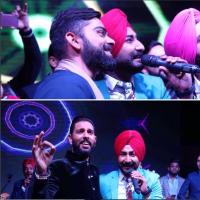 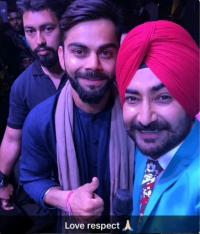 So when this singer started singing his hit Punjabi numbers, Virat obviously did some bhangra on his tunes. We know you are dying to watch it, so let’s not make you wait anymore. Here you go:

And, here's one more:

Well, this is not the first time Virat has done this. Check Virat Kohli's Awesome Dance Steps On Rohit Sharma's Sangeet

This is not all! We even have a video of the dashing groom Yuvi (as his friends, family members and fans fondly call him) dancing with the singer. Here, have a look:

Well, it certainly was one rocking sangeet night! For more such videos, just stay tuned!