We found videos and pictures of Virat Kohli's birthday bash on a yacht in Dubai with his beautiful wife, Anushka Sharma and RCB teammates. Scroll down to check them out! 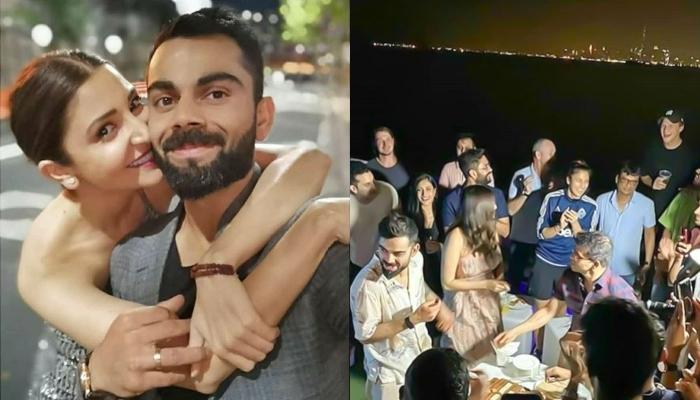 Our star cricketer and one of the most loved cricket personalities in the world, Virat Kohli turned 32, and the celebrations were a little extra this year as he is going to become a father. Virat Kohli and his gorgeous wife, Anushka Sharma are expecting, and the social media is abuzz with Anushka's pictures flaunting her baby bump, looking prettier than ever. Check out pictures and videos from Virat's birthday celebrations in Dubai! (Recommended Read: Sapna Choudhary Shares Pictures From First Karwa Chauth, Confirms Her Secret Wedding)

Some days ago, Anushka Sharma was spotted in the stands during RCB v/s DC match, cheering for her husband, Virat Kohli, and the actress had looked like a fairy from the wonderland in a white dress. Anushka's flowing white coloured middy could be her best pregnancy look. The gorgeous actress had kept her makeup minimal and had looked elegant in her sleek tresses.

We found videos and pictures of Virat Kohli's birthday bash on a yacht in Dubai with his beautiful wife, Anushka Sharma and RCB teammates, and the amount of fun in the party only makes us wish to get invited someday! Virat was seen cutting the cake with his gorgeous wife standing beside him and his teammates cheering. Virat's adorable gesture of feeding his wife the first piece of cake and lovingly kissing her on the forehead won our hearts. Anushka glowed in a printed, strappy frilled dress for her hubby's birthday celebrations. Check out the pictures and videos below:

On October 25, 2020, Anushka Sharma had visited the stadium to cheer for her husband, Virat Kohli yet again, for the match against CSK. Anushka had looked beautiful in a cherry red A-line dress, which she had accessorised with golden hoops and a watch. She had worn her hair down as always and could be seen flaunting her baby bump. As she had clapped and cheered for her hubby, Virat, her engagement ring was unmissable. (Also Read: Mira Rajput Kapoor Recalls Festive Days With Her Girlfriends, Shahid Kapoor Drops A 'Pretty' Comment)

In the same match, we had spotted an adorable gesture of Virat during the match. In the video, we could see Virat asking Anushka whether she had eaten by doing a hand gesture from the cricket ground. To which, Anushka had blushed and gave a thumbs up. The video had instantly gone viral on social media.

On October 18, 2020, Virat Kohli had posted a beautiful silhouette click of himself and her missus taking a dip in the pool. The sunset in the backdrop had added beauty to the picture as the lovebirds were seen lost in each other. It was clicked by Virat Kohli's teammate in RCB, South African cricketer, AB Devilliers. The picture had gone viral on the internet in no time.

Earlier, in an interview to RCB Bold Diaries, on the YouTube channel of RCB, Virat Kohli had revealed his and Anushka Sharma's reaction when they had found out about her pregnancy. He had also talked about his emotions about becoming a father soon. Virat had said, "It is an incredible feeling. It puts things into perspective for you. It is a beautiful feeling. It isn't easy to describe how you feel, but when we found it, we were over the moon. When we announced, the kind of love that was showered on us, it was amazing. People were genuinely so emotional and happy for us. We are looking forward to the third member joining the clan." (Don't Miss: Are Maera Mishra And Adhyayan Suman Married? She Wears 'Sindoor' And 'Mangalsutra' For Karwa Chauth)

Here's wishing lots of love for your special day, Virat! 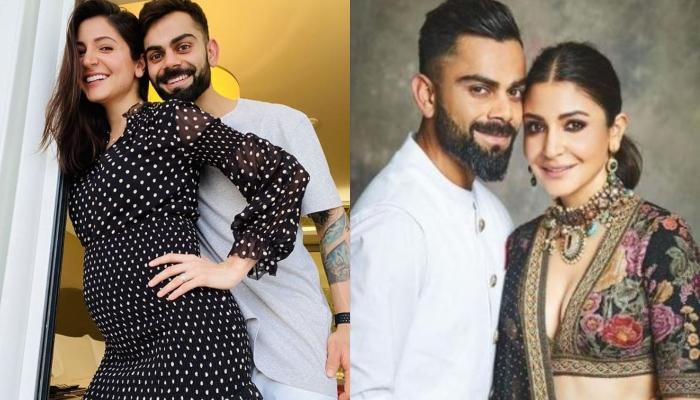 Ever since the news of the star couple, Anushka Sharma and Virat Kohli expecting have come out, social media is abuzz with their mushy pictures. Together the power couple has millions of fans, who laud, enjoy and support their milestones and achievements. It was Virat Kohli's birthday yesterday, on November 5,