They are a powerhouse couple, the most celebrated and loved jodi of the present times. Of course, we’re talking about the Indian cricket team captain, Virat Kohli and Ae Dil Hai Mushkil actress, Anushka Sharma.

Virushka, as fans adorably call them, got married on December 11, 2017, in a private affair in Tuscany, Italy. As soon as their wedding news and pictures surfaced online, the entire nation was swept off in a common emotion of joy and dream, a dream of having a wedding like Virat and Anushka. 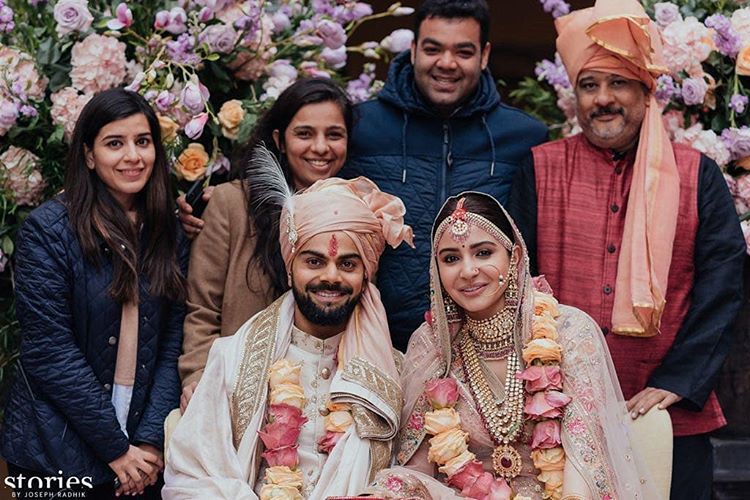 Post their wedding, they went off to enjoy their short honeymoon in the Italian capital, Rome. And, in what could be termed as the most celebrated and anticipated post-wedding affairs of the decade, they hosted their first of the two wedding receptions in Delhi on December 21, 2017. The Delhi reception, under high security and immense media surveillance, was a star-studded affair. The gravity of its glamour can be realised from the fact that the Indian Prime Minister, Narendra Modi, himself attended the bash. And now, coming back to the couple, as we stated in the beginning that they are a powerhouse. Not just together, but all alone in themselves as well. Proof? We’re about to give that.

Must Read: Mahira Khan Cuts The Cake Of Her 33rd Birthday With The Most Special Person In Her Life 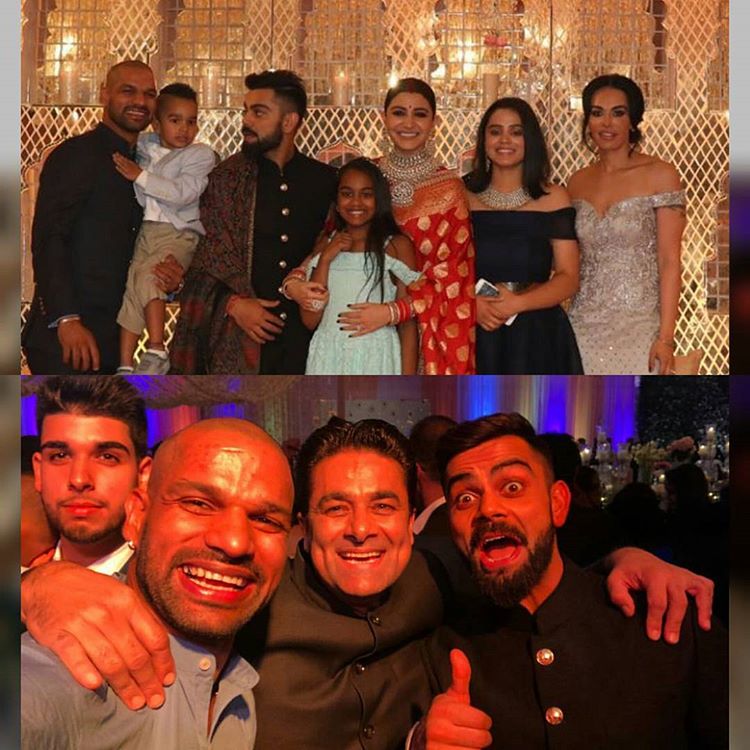 Now, what attracted everybody in the Delhi reception, apart from the glamour, is Virat and Anushka’s outfits. And we now choose to talk about Virat’s Sabyasachi bandhgala. In designer’s own words, Virat’s reception dress can be described as:

“Virat chose to complement his new bride in a very subtle and elegant manner. He wore a black textured silk signature bandhgala with the house buttons in 18k gold and a white silk kurta with hand-woven brocade churidaar. He teamed it with mojris from the Sabyasachi accessories line and a hand-embroidered antique Pashmina shawl from our ‘Kashmir Revival’ project.” 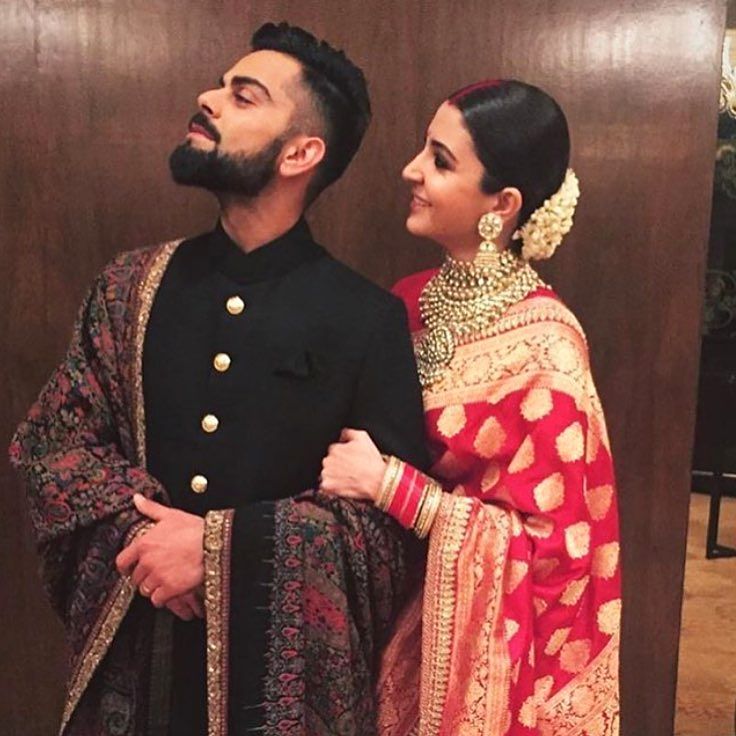 Hang on! Did we just read 18k gold house buttons?! Whoa! As per sources, each such button costs approximately Rs 30, 000 to Rs 50, 000, thus making a total of nearly Rs 3 lakhs! 3 lakhs INR worth of buttons in Virat’s bandhgala! Tough to digest, isn’t it? But that’s the truth.

Check This Out: Misha's Cute Expression While Dancing With 'Dadi' Neelima Is Something You Don't Want To Miss 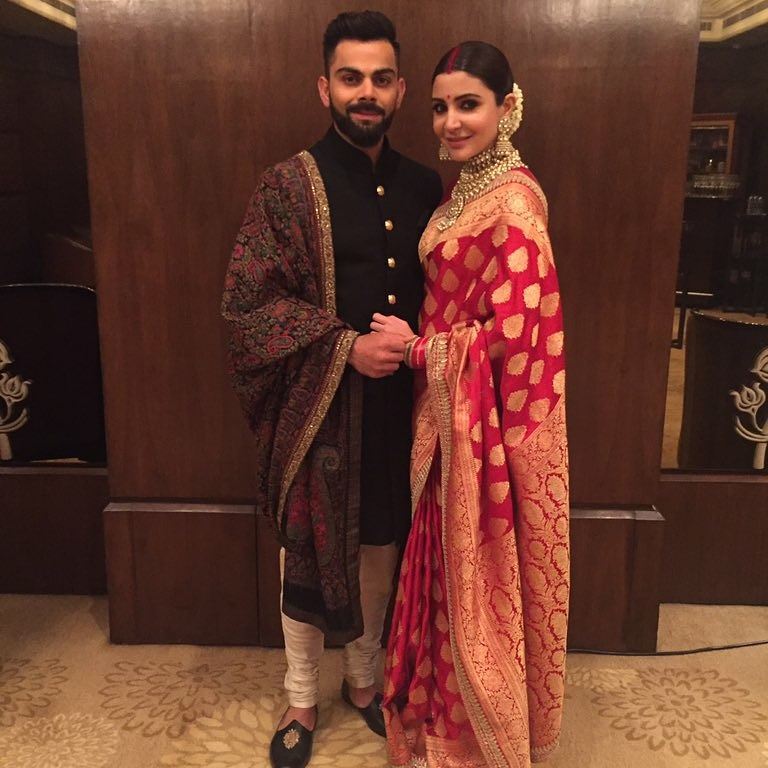 And of course, why wouldn’t he wear such expensive outfits? After all, he is the most loved and celebrated cricketers of the world. As a matter of fact, this year itself in 2017, he became the only Indian to be featured in the Forbes' list of highest-paid athletes in the world! And his net valuation alone stands at approximately Rs 150 crores ($22 million)! 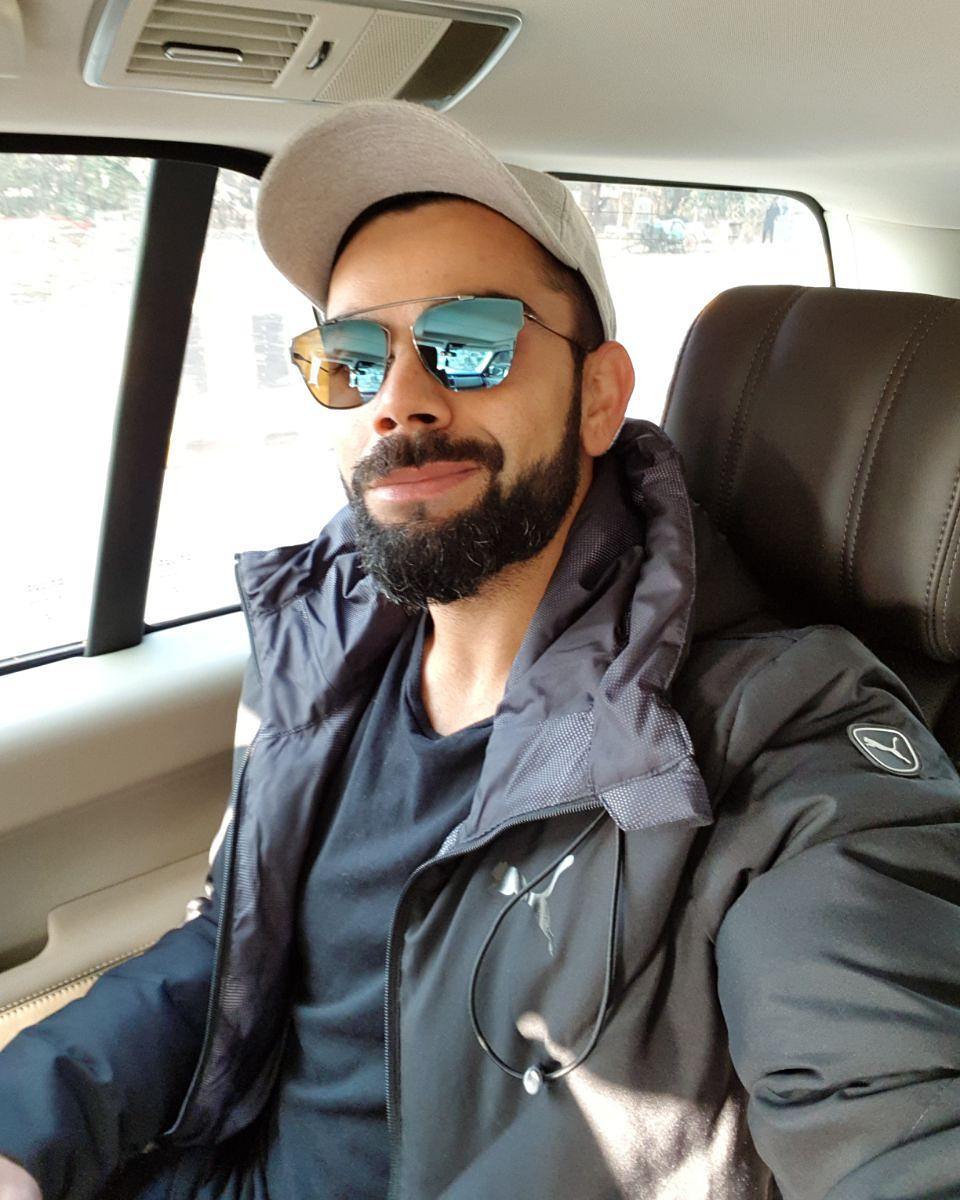 Well, as much happier we’re with Virushka’s wedding and reception, so much surprised and in awe, we’re on hearing this about Virat’s attire. We’re sure, all you fans, must be feeling the same. Do let us know in the comments section below as to what you fell about this story.

Next Read: When Gurdas Maan Blessed 'Virushka' Long Life And Babies-Here's How Virat Danced With Joy!