As Anushka Sharma had rightly said about her relationship with Virat Kohli in a throwback interview with Cricket Addictor, the couple create a work-life balance as their priorities in life are very clear. Virat and Anushka don’t take their professions too seriously as that’s not their identity and they do normal things. For the world, Virat and Anushka are about their professions but in reality, for them, it’s just normal. Virat and Anushka’s passion for cricket and acting has made them one of the best batsmen in the world across formats and the most sought-after actress of B-town, respectively. Ever since Virushka became official, the couple has given their fair share of pictures to the media but not at the cost of their privacy. (Also Read: Virat Kohli And Anushka Sharma's Combined Net Worth, Own A 34 Crore Worth Sea-Facing Home In Mumbai)

Though fame brings a lot of love and admiration, it also keeps a person in the public eye. Anushka Sharma and Virat Kohli are no strangers to the spotlight but the couple has often expressed their wish of keeping their personal life private. Before embracing parenthood for the first time, Virushka were snapped at their residence, spending quality time with each other and Anushka had called out the publication for going ahead with the story despite specifically requesting them not to. Anushka had written, “Despite requesting the said photographer and the publication, they still continue to invade our privacy. Guys! Stop this right now!” 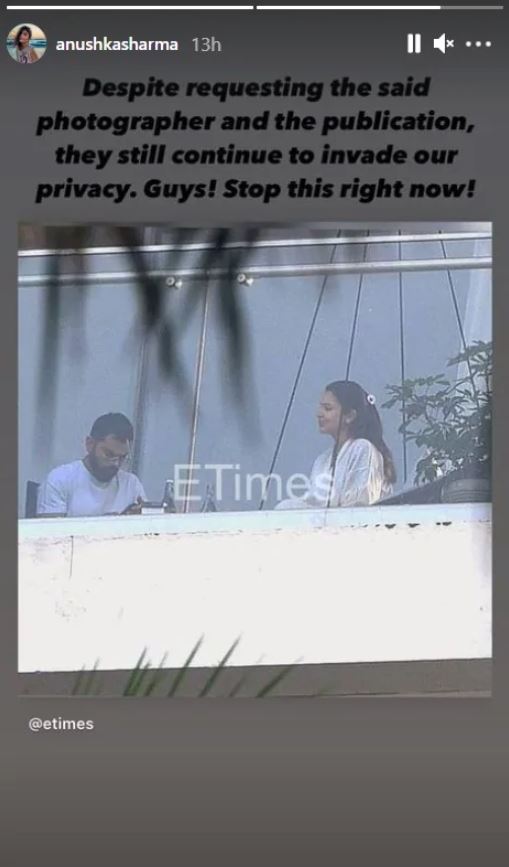 Anushka Sharma and Virat Kohli are two of the most down-to-earth celebrities, who had not let their fame hamper their humility. It’s a rare quality seen in the affluent but some acts of kindness, away from the camera, in real-life, come as a fresh breath of air. Such celebrities are much needed in this cruel world. Anushka and Virat are one such celeb couple. Giving proof of their humble nature and down-to-earth personality, ex-Indian selector, Sarandeep Singh gave an insight into Virushka’s way of living and it’s quite amusing. In an interview with Sportskeeda, Sarandeep said, "At his home, there are no servants. He and his wife will serve food to everyone. What else do you want? Virat always sits with you, chats with you, and goes out for dinner with you. All the other players have so much respect for him. He's very down-to-earth and strong-willed." Praising Virat Kohli for being a good listener and debunking his image of being arrogant and hot on field, Sarandeep Singh continued, "On the field, he needs to be that way because he's the captain. He's the one who'll handle the pressure on the ground and make decisions in the heat of the moment. Whenever Virat comes, team meetings used to go on for 1, 1.5 hours. Virat is a good listener. I don't know what people think about him. If you see him in the matches, he's always charged up while batting and fielding. So, it seems like he's always hot and arrogant, and doesn't listen to anyone. But no, he's as down-to-earth as he seems aggressive on the field. In selection meetings, he was so polite. He always used to listen to everyone and then finally come to a decision.” (Also Read: Mira Rajput Kapoor Reveals Her Crush On Instagram And No, It's Not Her Hubby, Shahid Kapoor [VIDEO]) 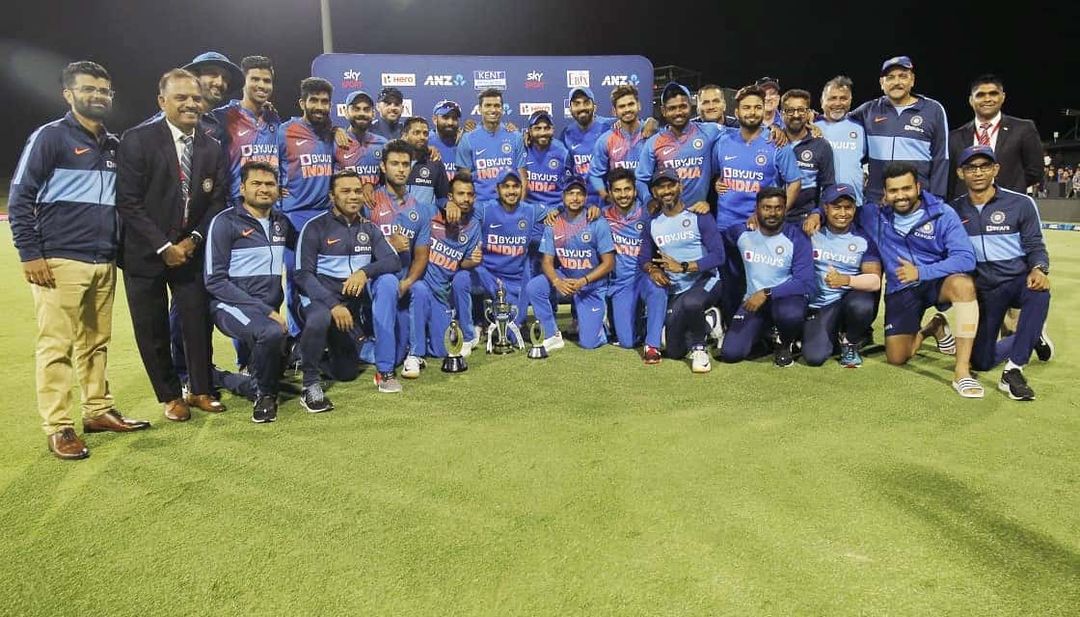 It was in January 2021, when the stork had visited Virat Kohli and Anushka Sharma with their little angel, Vamika Sharma Kohli, making the number 11 even more special for the lovebirds. Three years ago, in 2017, Virat and Anushka had tied the knot in an intimate wedding ceremony in Italy on December 11, and in 2021, the couple had embraced parenthood on January 11. Sharing the first-ever family picture with baby Vamika in the frame, Anushka had written, “We have lived together with love, presence and gratitude as a way of life but this little one, Vamika has taken it to a whole new level! Tears, laughter, worry, bliss - emotions that have been experienced in a span of minutes sometimes! Sleep is elusive but our hearts are SO full. Thanking you all for your wishes, prayers and good energy.”

Virat Kohli and Anushka Sharma had requested the media to not carry any piece that features their child and thanked everyone for their wishes. In a note to the paparazzi fraternity in Mumbai, Virushka had stated, "Hi, Thank you for all the love that you have given us for all these years. We are happy to celebrate this momentous occasion with you. As parents, we have a simple request to make to you. We want to protect the privacy of our child and we need your help and support. While, we will always ensure that you get all the content you need featuring us, we would request you to kindly not take or carry any content that has our child. We know that you will understand where we are coming from and we thank you for the same.” (Also Read: Virat Kohli Calls Wife, Anushka Sharma His 'Pillar Of Strength', Reveals How They Tackle Negativity) 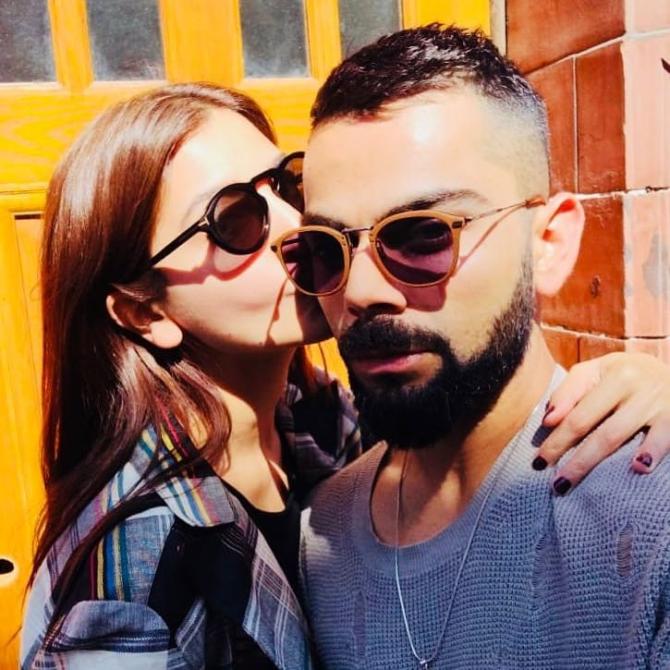 On the work front, Virat Kohli will lead the Indian team in the upcoming 3rd Test against Joe Root's England and Anushka Sharma is on her maternity leave. 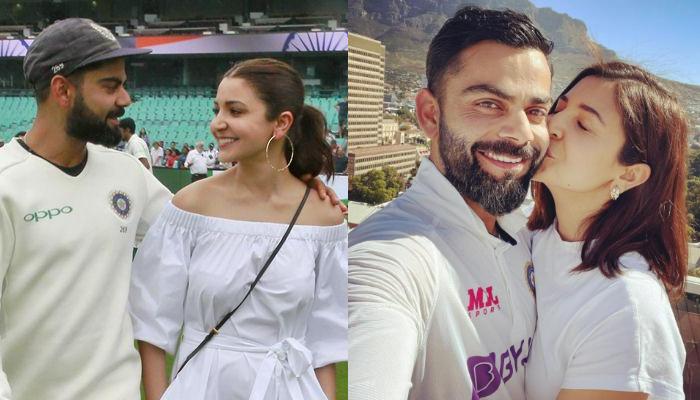 Tinseltown and cricket world's power couple, Anushka Sharma and Virat Kohli have proved to be one of the most sought-after couples and a cool set of parents to their little munchkin, Vamika. Every now and then, Anushka Sharma has supported her hubby, Virat Kohli and became the loudest cheerleader for