Vipul Roy, Yuvika Chaudhary's Ex, To Tie The Knot With His US-Based Fiancee, Living-In Together Now

Vipul Roy, Yuvika Chaudhary's Ex, To Tie The Knot With His US-Based Fiancee, Living-In Together Now

'Naye Shaadi Ke Siyape' and 'F.I.R.' actor, Vipul Roy, who was once dating Yuvika Chaudhary is soon going to tie the knot. Here, the actor talks about his live-in relationship and wedding plans. 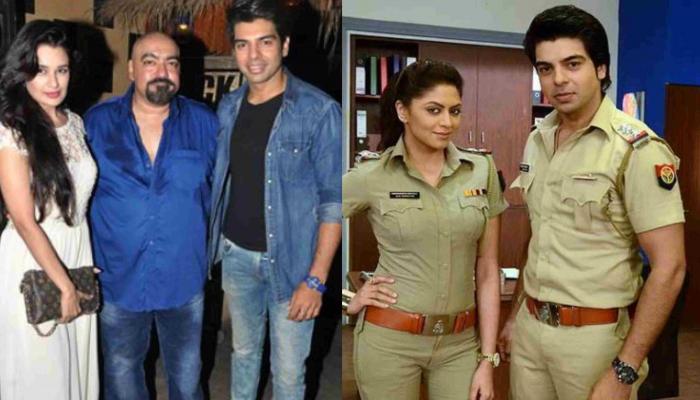 Wedding bells are ringing out loudly for one of the famous faces of the Indian television industry! The mention is of none other than Naye Shaadi Ke Siyape actor, Vipul Roy. On October 4, 2018, Vipul had exchanged rings with his longtime girlfriend from Istanbul, Melis Atici. Now, the wedding bells of the lovebirds may ring soon.

Before jumping on to it, let us tell you that Vipul was earlier in a 10-year-long relationship with television actress, Yuvika Chaudhary, who is now happily married to Splitsvilla fame, Prince Narula. Now, it seems Vipul too has moved on in his life and is seeking to settle down soon for good. (You May Like: Kareena Kapoor Has Bribed Taimur Ali Khan As She Wants Him To Become A Cricketer, Details Inside) 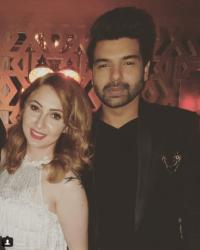 In a recent interview with the Bombay Times, Vipul poured his heart out about his fiancee, their live-in decision and the wedding plans. Confirming that they have started living in together, Vipul told the leading daily, "During her earlier visits, I would take a break from work and we were always together. But now that she has relocated here, that won't be the case. I will be shooting in Naigaon for 8-12 hours, and she will have to understand the pressures of my profession. We have decided to live-in so that we get to know each other better." 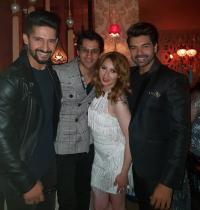 Further adding that they would get to know each other better, Vipul was quoted as saying, "Firstly, she was staying too far to plan a wedding. I wanted Melis to be a part of the whole process and understand how grand weddings are here. Most importantly, she has to understand that she is moving to Mumbai, which is polluted and overpopulated. During her earlier visits, she had been to malls and multiplexes, but I also want her to experience the rains and the traffic congestion here. Basically, I want her to be prepared for a life in Mumbai.” (Also Read: Deepika Padukone Reveals What Attracted Her To Ranveer Singh And She Is Absolutely Right) 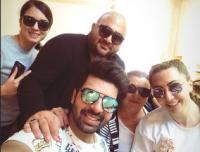 When Vipul was asked about when is the big day, he replied, “It will happen some time next year. In fact, we will start planning it soon.” The actor also said that Melis has no qualms about moving to India and added, “Everyone is asking me how I convinced a US-based girl to migrate to Mumbai. Well, I, too, asked her the same question because she leads a lavish lifestyle in SF. She surprised me when she said that it is the ‘who’ that matters more than ‘where’ for her. Many people also felt that I should migrate to the US, but I don’t have a career there, and I prefer the stable life in Mumbai.” 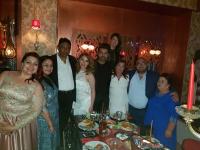 Earlier, announcing the good news of his engagement, Vipul had shared the below picture and had captioned it as, “Here is the big news !!! Hooked booked n engaged for the rest of my life with the most beautiful girl @melisatici!!!” (Checkout: Dipika Kakar's Sister-In-Law, Saba Had Planned Her Birthday Celebration, Shares A 'Love You' Note) 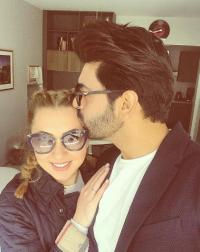 Abhay Vakil, an attendee of their engagement ceremony had once shared with a news portal, “I was a witness to their first meeting in the US. They hit it off instantly and fell in love over a period of two years. The families wanted to take the relationship forward and they decided on Istanbul as the venue, as Melis hails from there. It was unplanned and we, too, were informed just four days prior. It came as a shock to me as well.” (Don't Miss: Neha Dhupia's Hubby, Angad Bedi Posts The Most Heart-Warming Anniversary Wish For His In-Laws)

We are eagerly looking forward to your wedding, Vipul and Melis!