Vicky Kaushal and Katrina Kaif's wedding is no more a rumour and now, we got the first glimpse of the groom-to-be's wedding outfit. Video inside!

Katrina Kaif and Vicky Kaushal’s much-awaited wedding is finally happening. Though the star couple has not made any official statement yet, their recent gestures are enough to confirm their wedding. From Katrina’s brother flying down to Mumbai to Vicky lending his car to her mother or Kat’s family leaving for Rajasthan, everything indirectly confirms their wedding reports.

On December 5, 2021, Katrina Kaif was spotted at her alleged husband-to-be, Vicky Kaushal's residence. She was seen wearing a white ruffled chiffon saree, looking gorgeous. If the reports are to be believed, Katrina and Vicky might have officially got married by signing the documents for their registered marriage. The star couple will have to get their wedding registered under the Special Marriage Act, 1954 as it will be an inter-caste wedding for them.

A while back, as the paps are stationed outside, Vicky Kaushal and Katrina Kaif’s houses respectively, the first glimpses of the groom-to-be’s wedding outfit got caught on the camera. As the designer sent Vicky’s wedding outfit, the paps captured it and the cover has Vicky’s name written on it. A little glimpse of his wedding outfit was visible from the outfit cover and it revealed that Vicky will wear a beige-coloured sherwani with white thread work all over it.

According to another report in Pinkvilla, Katrina Kaif’s alleged ex-boyfriend, Salman Khan’s bodyguard, Shera has deployed his team at the Six Senses Fort for security. Shera runs his own security company named Tiger Security. He has given charge of the Fort’s security to his team, where Katrina and Vicky’s wedding will take place. Barwara’s police will also be in action as many B-town celebrities will grace their wedding.

On December 6, 2021, a video of Katrina Kaif's staff members loading the suitcases and bags in her car had gone viral on the internet. Not just the luggage, but the whole gang of ladkiwale had jetted off to Rajasthan for the most awaited wedding of the year. Moreover, according to the sources, for Vicky and Katrina's wedding, 120 invites were distributed, and the guests were reported to be arriving in Jaipur by 6 pm onwards on the same day.

According to a report in Pinkvilla, Katrina Kaif and Vicky Kaushal are ready to have a grand wedding on December 9, 2021, at Six Senses Fort, Barwara in Rajasthan. A close friend of Katrina had revealed that the wedding will take place on December 9 with Hindu rituals, and their families have been gearing for their big day. It is reported that Katrina and Vicky will have their sangeet ceremony on December 7, 2021, their mehendi function will be on December 8, 2021, and on December 9, 2021, will be their wedding. 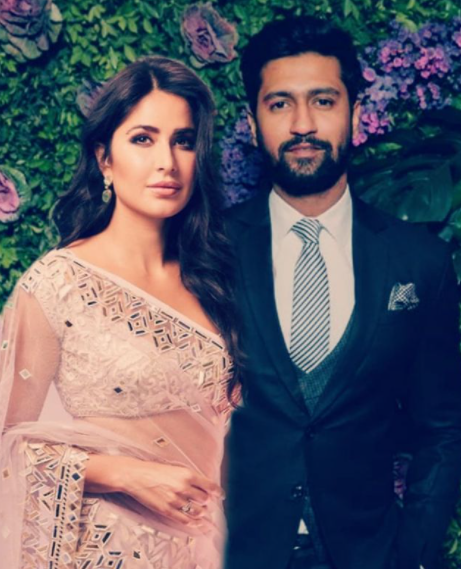 According to reports, Vicky Kaushal and Katrina Kaif will get married in two ways. While their first wedding will be with Hindu traditions, including saat pheras, the second one will be a white wedding. It is also reported that the wedding function will host almost 400 girls/women, which is why the couple has allegedly arranged 400 mehendi cones for them.

We are too excited about Katrina Kaif and Vicky Kaushal’s wedding!