Rashami Desai's ex-husband, Nandish Sandhu was spotted with his alleged girlfriend, Ankita Shorey on a dinner date as they walked out hand-in-hand.

Rashami Desai had made a grand entry in Bigg Boss 15 as a wild card contestant and since then, has been strongly putting her opinions across, and winning millions of hearts. However, this isn’t the first time that Rashami has been a part of the reality show as she was earlier in season 13 of Bigg Boss which had made her personal life a part of the public domain. Be it her relationship with her rumoured boyfriend, late Sidharth Shukla or her brutal breakup with Arhaan Khan due to betrayal, everything was out in public.

Before Arhaan Khan and late Sidharth Shukla, Rashami Desai was married to her Uttaran co-star, Nandish Sandhu. However, their married life could not stand the test of time and it had come to an end after four years of tying the knot. While on one hand, Rashami has been giving love another chance while focusing on her professional front, her ex-husband, Nandish Sandhu has also moved on in his life and was recently spotted with his alleged girlfriend. Nandish Sandhu was spotted by the paps after a dinner date with his rumoured girlfriend, Ankita Shorey. He was seen wearing a green check shirt with distressed denim and black shoes. On the other hand, his alleged girlfriend, Ankita was dressed in an all-black outfit. The two were spotted walking hand-in-hand.

Coming back to Nandish and Rashami’s relationship, in an interview with the Hindustan Times, the actress had talked about her tough marriage. She had stated:

"This rough patch I went through in the past 6-7 years was really ugly. A lot of changes happened, and they are enough to make one go mentally weak. When you encounter such a relationship, your mindset changes drastically. What one needs at such a critical point of time is people, who are supportive and ready to help." 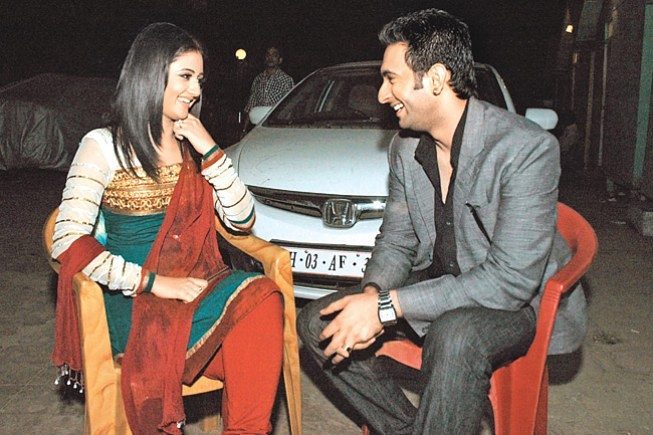 In another interview with Pinkvilla, Rashami had opened up on what had gone wrong in her relationship with Nandish. She had stated that one should stop all the wrongs in their relationship because if they don’t, all the atrocities will not stop either. The actress had said:

"Because if you don’t stop it then and there it will happen again and again. Respect and believe in yourself that you are not doing anything wrong. I understood it later because I had a fear of losing a lot of people around me." Rashami had further revealed that she and Nandish were not compatible with each other and had added:

"I will not say ki humare beech me differences nahi the. We had a lot of differences, we had a lot of arguments, we had fights and somewhere we both didn’t realize that we were not compatible with each other. The way we used to be, the way we were together it is just not the same and we are different people together and we are trying to bring the devil out of each other. I said it and after six years after that happened, I took the divorce. Later, somewhere I realized that I was also dragging a lot."

Next Read: Sayantani Ghosh Ties The Knot With Anugrah Tiwari, Looks Pretty In A Saree And 'Sindoor'