Sania Mirza and Shoaib Malik's video from a Manchester bar went viral on social media. Pakistani actress, Veena Malik trolled Sania Mirza and said that she is worried for her baby, Izhaan. 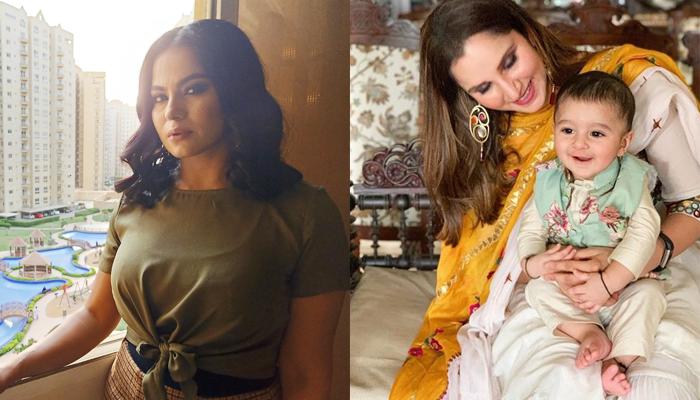 Sania Mirza, it seems, is having a bit of fun and is amused on Twitter owing to a video which went viral a couple of nights ago. For those who have come in late, Sania Mirza, her husband, Shoaib Malik and a few Pakistani cricketers were spotted at a bar in Manchester after (allegedly) India defeated Pakistan in their World Cup match. Netizens trolled the couple for being irresponsible and disrespectful towards their nation. (Suggested Read: Vivian Dsena Finally Reacts To The Reports Of His Divorce And Alimony Issues With Vahbiz Dorabjee)

Sania Mirza's new-found troll and her well-wisher is none other than Pakistani actress and Bigg Boss fame, Veena Malik. Veena Malik tweeted to Sania Mirza that she is concerned with the fact that the mommy took her little kid, Izhaan along with her to the bar. Veena's tweet could be read as, "I am actually so worried about the kid. You guys took him to a sheesha place isn't it hazardous? Also as far as I know Archie's is all about junk food which isn't good for athletes/Boys. You must know well as you are mother and athlete yourself?"

Sania Mirza responded to Veena Malik that she cares about her son more than anyone else in the world. Sania's reply went like this, "Veena, I have not taken my kid to a sheesha place. Not that it’s any of your or the rest of the world’s business cause I think I care about my son a lot more than anyone else does. Secondly, I am not Pakistan cricket team’s dietician nor am I their mother or principal or teacher."

Sania Mirza closed the twitter banter with Veena Malik by writing a concluding tweet, "To know when they sleep, wake up and eat .. thank you for your concern though .. means a lot."

After the video had gone viral on social media and Sania and Shoaib were harshly defamed by the trolls, the ace-tennis star had taken to Twitter to blast at the trolls. She had tweeted, "That’s the video you shot without asking us, disrespecting our privacy even though we had a child with us?& got told off for doing so,& u came up with this crap?FYI ‘outing’ was dinner & yes ppl are allowed to eat if they lose a match! Bunch of fools! Try better content next time." (Must Read: Pregnant Amy Jackson Shares Sonography Pictures, Says George Panayiotou Will Be An Amazing Daddy)

For those who do not know, Veena Malik got married to businessman Asad Bashir Khan Khattak on 25 December 2013. However, after 3 years into marital bliss, the couple got legally divorced owing to Veena's allegations of domestic and physical abuse on her by her ex-husband, Asad. Veena had once shared with a tabloid, "First that he beat me; second, that he disrespected me… not once, but repeatedly."

Coming back to Sania Mirza, the 32-year-old Indian tennis star has been married to Shoaib Malik since 2009. After 9 years of marriage, Sania and Shoaib had recently welcomed their first child in October 2018, whom they adorably named, Izhaan Mirza Malik.

Ever since Izhaan's arrival in her life, Sania has been updating her fans with little details about her baby boy. For instance, five days after Izhaan's birth, she had posted a heartfelt note about how parenthood feels by posting a picture of herself and baby Izhaan watching a cricket match of Shoaib Malik. Sania had written, “So it’s been 5 days since we came into this world .. Me as a mother and my little Izhaan as my son we’ve even watched Baba play some cricket together since we’ve arrived it truly is the biggest match, tournament achievement I’ve ever won or had and there is no feeling or blessing that can be greater than this.. I finally have gotten sometime after this overwhelming feeling to get online and check the msgs and love we have received. Shoaib and I feel truly blessed and humbled with the wishes and love that us as parents and Izhaan have received Thank you to each and every one of you ..we love you right back! Love Sania, Shoaib and Izhaan @realshoaibmalik #Allhamdulillah.” (You May Like: Shoaib Ibrahim Couldn't Keep His Eyes Off Wife Dipika Kakar In Her New Show, 'Kahaan Hum Kahaan Tum') 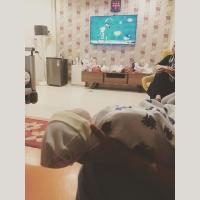 Sania Mirza's reply to Veena Malik's tweet is winning hearts all over the internet. What are your views on the same? Share with us!