'Bigg Boss OTT' winner, Divya Agarwal shared her boyfriend, Varun Sood's reaction to her behaviour on the show as he found her to be arrogant.

Ace Of Space season 1 fame, Divya Agarwal had ruled the hearts of millions of people during her stint on the reality show, Bigg Boss OTT. After going through a lot of ups and downs in the house, the actress finally lifted the winner's trophy of Bigg Boss OTT. Though her journey inside the house was one hell of a topsy-turvy one, she emerged out stronger. Also, the emotions on her face, when the host, Karan Johar had announced her name as the winner, was a million-dollar one.

Though Divya Agrawal was going through a lot inside the house, it was her boyfriend, Varun Sood, who was constantly supporting her and rooting for her from outside. In fact, when he had entered the house, Divya was in tears after meeting her boyfriend after many days. For the uninitiated, they had gotten close on the reality show, Ace of Space, hosted by Vikas Gupta. The couple had entered the show as just 'friends', but eventually, they had fallen in love with each other. In an interview with News18, Divya Agarwal revealed that her boyfriend, Varun Sood was not happy with her behaviour inside the house because she seemed arrogant. She said, ''I came across a little intimidating at the beginning and I did it purposely because I thought they were my competitors. I went on a little arrogant side that ‘Excuse me! I have done shows!’ So, when I came out all my family members, friends and Varun told me, ‘You were so arrogant. What was wrong with you?’'' Going further in the interview, Divya Agarwal mentioned the reason as to why she behaved that way on the show. In her words, ''And I was like, ‘Nothing was wrong with me. It was a competition.’ I had to show them that I was stronger than them and I think I have done that job pretty well. In every show that I had been a part of before Bigg Boss, I had made a lot of friends. All strong players were my friends already. In fact, I found Varun on a reality show. It happened for the first time when I had no friends on a show. I think somewhere I was also at fault.”

Suggested Read: Dipika Kakar Ibrahim Reacts To Her Pregnancy Rumours, Gives Hilarious Reply On Being Asked About It After winning Bigg Boss OTT, Divya Agarwal had celebrated her win with her boyfriend, Varun Sood. The actress took to her IG stories and shared a video in which she could be seen cutting the cake with Varun. In the video, we could spot Divya looking pretty as usual in casual ensembles and sitting close to Varun. The duo was seen cutting a cake and laughing adorably.

Divya Agarwal and Varun Sood had moved in together a long time back and their fans were eager to know about their plans to get married. Addressing the same, in an interview with The Times Of India, Varun had talked about his wedding plans. Stating the same, he had told the publication, ''Divya and I are very young. We have recently started working, and marriage is a huge step. It’s not as easy as walking in a park. A lot of things have to be planned before the big step. Actually, we are mentally ready for marriage, but there are other factors that we aren’t prepared for yet, and I hope in the next few years we get ready for that too." 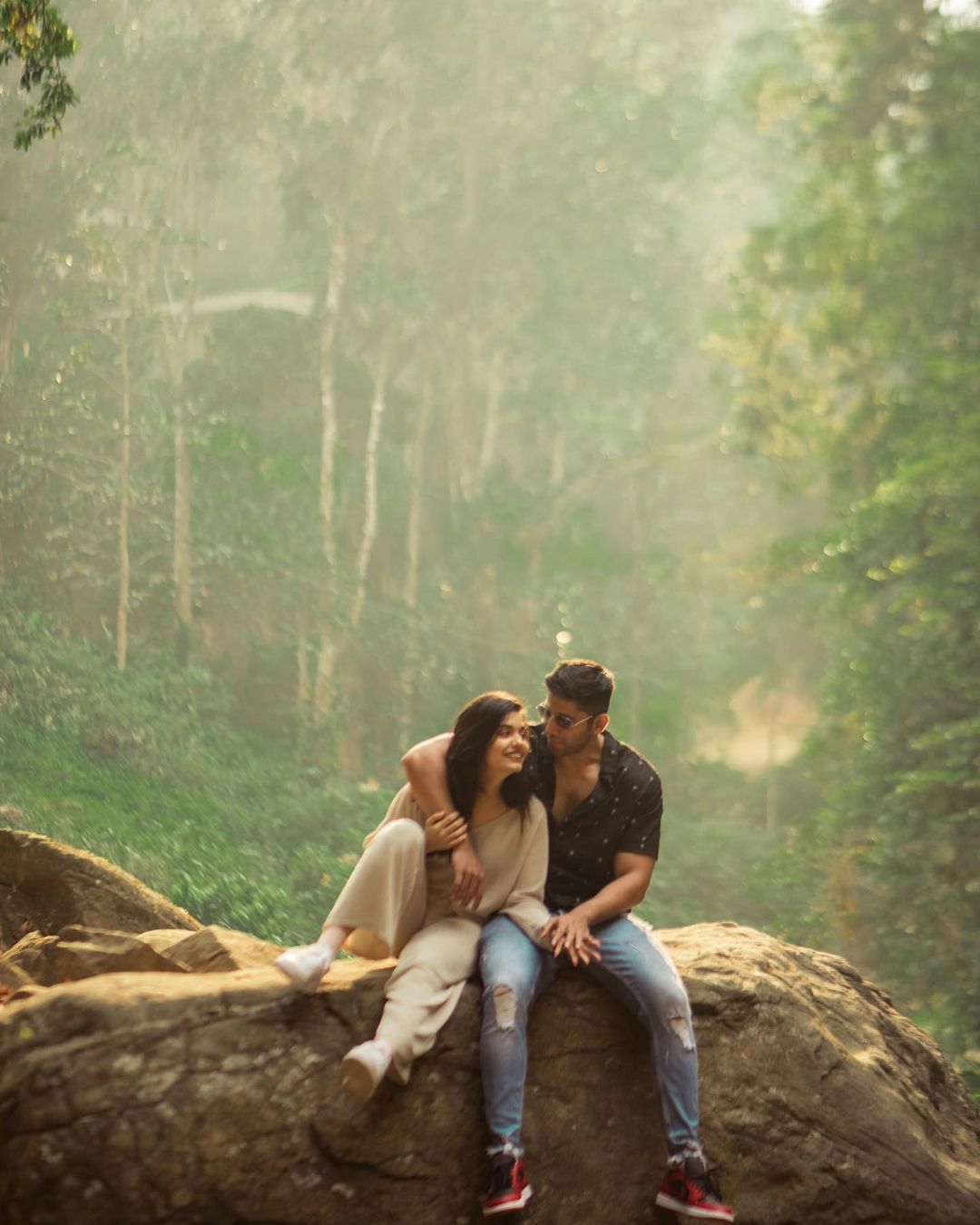 On the work front, Divya Agarwal and Varun Sood had appeared earlier on the Ace of Space and Splitsvilla.