Varun Dhawan Becomes Chachu No 1 As He Gives Piggyback Ride To His Niece, She Can't Stop Giggling

Varun Dhawan Becomes Chachu No 1 As He Gives Piggyback Ride To His Niece, She Can't Stop Giggling

Varun Dhawan became chachu when his brother, Rohit Dhawan and bhabhi, Jaanvi Desai became proud parents to a baby girl on May 31, 2018. Scroll down as he shares a lovely video with the little one. 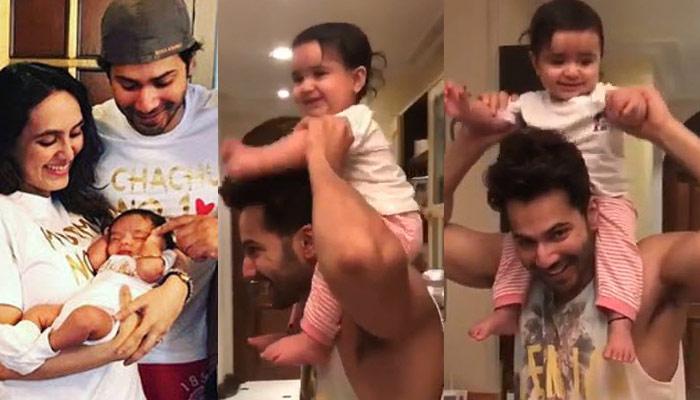 Nothing could ever prepare anyone for the overwhelming feeling that comes along with watching the tiny joint production of your brother/sister coming to existence. More so, when you meet the beautiful little angel or the handsome prince of the house, those mixed emotions with your eyes getting watery and the craving of holding him/her in your arms is something which can only be felt at that particular moment. Currently, if the showbiz world is talked about, no one would know the joys of being a chachu better than our very own, Varun Dhawan.

Varun Dhawan became uncle when his brother, Rohit Dhawan and bhabhi, Jaanvi Desai became proud parents to a baby girl on May 31, 2018. Right from that very day until now, the Junior Dhawan has been stealing every bit of the entire Dhawan clans' heart. On and off, pictures of the little one flash on our Instagram news feed, all thanks to ‘Chachu No 1’, Varun Dhawan for giving us sweet glimpses of the princess. (Also Read: Rishi Kapoor Can't Thank Neetu Kapoor Enough For Being His Rock During The Cancer Treatment) 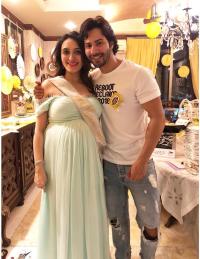 As always, today, on August 21, 2019, Varun posted a giggling video of the Jr Dhawan. It was only last night that he returned from Bangkok after winding up his first schedule of Coolie No 1, in which he is being paired opposite Sara Ali Khan. And he straightaway chose to share a cutesy video with his niece, who can be seen fully enjoying the piggyback ride given to her by Varun chachu. He worded his post as “Manager- You have a free day Varun, let’s finish the meeting? Varun- I’m very busy, Ishita. LOML- Love of my life.” Without further ado, here’s the video for you:

Such a lovely video, no? As soon as he shared this on Instagram, drool-worthy comments started to pour in. Arjun Kapoor commented thrice and his comments could be read as “Her debut”, "Chachu number 1” and “Beti number 1”. Jacqueline Fernandez too couldn’t control her excitement and wrote, “Oh my god! I’m dyinggggg.” Sonam Kapoor penned, “She’s such a pudding.” Many other celebs also commented on the video, checkout all the snapshots here: 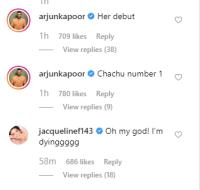 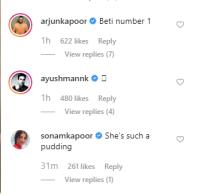 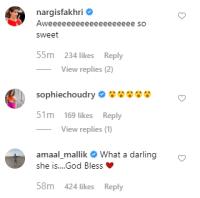 The bond between Varun and his little niece is very precious and strong. Do you know who had shared the first-ever picture of the little cutie? Chachu Varun Dhawan it was! On July 11, 2018, Varun had taken to his official Instagram handle and shared a complete family picture comprising of him, David Dhawan, Karuna Dhawan, Rohit Dhawan and Jaanvi Desai, who could be seen holding the little one in her arms. With a simple yet powerful caption, Varun had written, “Love at first sight.” Indeed, she is! (Checkout: Gurdip Kohli And Arjun Punjj's Son, Mahir Turns A Year Older, They Shower Him With Lovely Wishes)

Varun Dhawan is in awe of kids and he himself had once shared how much he loves babies. Varun was quoted as saying, “Yes, I want to get married. I am 29 now and I want to have babies real soon. I love babies and want to have my own. So yeah, very soon. I have always been a firm believer of marriage because my mom and dad's relationship has been strong for so many years, so I have seen that side to marriage only.” 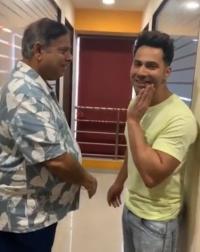 Meanwhile, on the work front, Varun already has a couple of releases lined up. For Coolie No 1 with Sara Ali Khan, he will be reuniting with his father-director, David Dhawan. The next movie which everyone can expect is Street Dancer 3D opposite Shraddha Kapoor and Nora Fatehi. (Do Read: Mahhi Vij And Jay Bhanushali Become Parents, They Share The 'Big News' With A Beautiful Picture)

Nonetheless, what do you guys have to say about Varun Dhawan's video with his niece? We are watching it on loop, what about you?