Recently, Kalank actor, Varun Dhawan had an unpleasant encounter with his crazy fan, who went to the extreme limit of threatening his ladylove, Natasha Dalal. 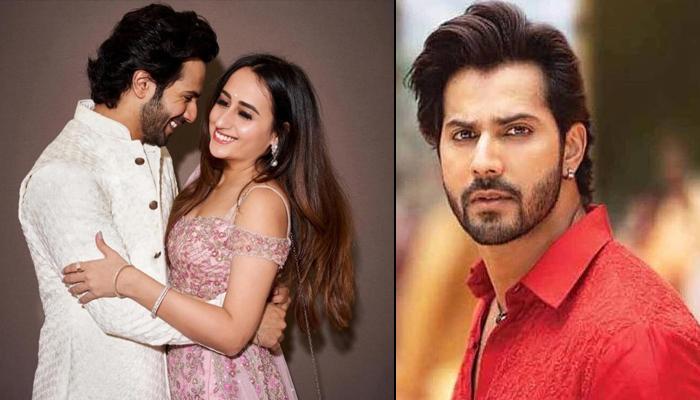 Fans can be categorized into two – normal fans and Jabra fans. While some prefer to stand outside their favourite celebrities’ home just to get a glimpse of them, some prove that there is ‘fan’ in the word fanatic, which is originated from the Latin word ‘fanaticus’, meaning “insanely but divinely inspired”. There’s a Shah Rukh Khan fan named Vishal Singh, who has covered every inch of his house with King Khan’s pictures, even his car, and his fan-dom was covered by BBC. Then there was a John Abraham fan, who had tattooed his face on her arm. An NRI Shahid Kapoor fan decided to hoist the poster of his film, Haider, on Mount Elbrus, 18,510 feet above the sea level. After all this, all we can say is never underestimate the power of a common ‘fan’! (Also Read: Anushka Sharma And Virat Kohli Chill With AB de Villiers And His Family Amidst IPL Matches)

Recently, Kalank actor, Varun Dhawan had an unpleasant encounter with his crazy fan, who went to the extreme limit of threatening his ladylove, Natasha Dalal. Before revealing the details of the same, let us give you a recap of Varun and Natasha's love tale. Varun and Natasha are childhood friends and they have stood by each other’s ups and downs. Rumours have it that Varun and Natasha are all set to tie the knot as the year marks its end. Coming back to his encounter with a crazy fan, when Varun refused to meet her, she threatened to hurt his girlfriend, Natasha.

As per a Filmfare report, a female fan hovered around Varun Dhawan's residence for hours sometime this weekend in the hope of meeting the Student Of The Year debutant. But following a hectic schedule with back-to-back Kalank promotions, Varun avoided stepping out to meet the fan, which irked her, so much so, that she threatened to hurt his ladylove, Natasha Dalal. A source stated, “There was a female fan, who was doing the rounds of his house for a long time. We are used to such things and on most occasions, the fans are sweet and never cross their limits.”

The source further added, “Varun sir usually obliges their selfie requests, if he is available. But, he is currently pressed for time and is juggling too many things. She was waiting for a couple of hours. Sir came late and she was insisting that she meet him then and there. He was pretty tired from the day’s work and wanted to rest. She refused to leave and got into a squabble. Initially, she said she will hurt herself. When the security still didn’t get her through to Varun sir, she threw a fit. She kept mumbling how she will harm Natasha ma’am.”

The source continued, “It was alarming for us because usually, fans don’t get so aggressive. We informed Varun sir, who panicked. She kept saying, ‘I will kill Natasha.’ After the woman refused to leave even after 45 minutes, we had to call the local police station.” It is also reported that a complaint had been lodged at Santa Cruz police station, however, Varun declined to comment on the same. (Also Read: Is Preity Zinta Banned From Travelling By Ex-Boyfriend Ness Wadia's Company, GoAir? Here's The Truth)

At Akash Ambani and Shloka Mehta’s wedding bash, Varun Dhawan’s muse, Natasha Dalal, made an entry with her soon-to-be in-laws, David Dhawan and his wife, Karuna Dhawan. While the shutterbugs grabbed most of the sight, a witty Varun took to his Instagram stories and posted a beautiful picture of his lifelines, thus expressing his thoughts which he wrote atop the picture. The Kalank actor wrote, “My parents gave up on me and adopted another.”

On Koffee With Karan season 6, Varun Dhawan confessed his wish to marry his childhood sweetheart, Natasha Dalal and had said, “I'm dating Natasha. We are a couple. I plan to marry her.” While the host of the show, Karan Johar had added, “I will feel that I'm giving my son away. I will play the K3G theme, meri saanson mein tu hai samaya. Mera jeevan toh hai tera saaya. And Lali, me and David ji will have an aarti plate.”

Speaking about their wedding, a source had earlier shared with Bollywood Bubble, “Varun and Natasha (Dalal) have been dating for years now. Off late, he has become very serious about his marriage plans. He wants to settle down. That’s also why he is not shying away from accepting his relationship on public platforms anymore.” Further putting a date to it had added, “Varun is super busy almost throughout the year. So he and his family has picked a November date as of now. It might get pushed to December if any of the shoot schedules take more time but the wedding is happening this year itself. He has even started taking tips from his married friends to know how life is post shaadi.” (Also Read: Srishty Rode Posts A Heartfelt Birthday Wish For Her 'Crazy Boy', Rohit Suchanti On His Birthday)

On the professional front, Varun Dhawan will next be seen in Abhishek Varman's Kalank, which releases on April 17, 2019.

Bollywood actor, Varun Dhawan, who had made his debut in with the hit-film, Student Of The Year back in 2012 and since then there's no looking back for him. Also, Varun holds the record of being the only actor in the history of Indian cinema to feature in eleven box-office