The Social media sensation, Urfi Javed recently lashed out at actress, Chahatt Khanna for supporting author, Chetan Bhagat’s disgraceful statement against her. Giving a byte to the media, Chahatt stated that Chetan Bhagat is a respected person and that she is happy that more people have started opposing Urfi’s dress. She also stated that Chetan has only praised her in a subtle manner and there was nothing derogatory.

However, Chahatt’s comment on Chetan Bhagat’s statement didn’t go down too well with Urfi, who lashed out at the Bade Achhe Lagte Hain actress. Talking to her IG story, Urfi shared a screengrab of Chahatt’s statement and penned a long note for her. Asking her to stop blaming women for men's actions, Urfi wrote:

Urfi Javed Recalls The Moment When She Wanted To End Her Life, Talks About Her Failed Relationships

“Tomorrow when your daughters grow up and if ever a man harasses them because of their clothes, remember this statement you gave about me then in the future. Show this to your daughters! Opposing what i put on my body? Hate is consuming you. Stop blaming women for men's actions. Chetan Bhagat is not a respected person, he messaged women half of age asking them for sexual favours (I uploaded the chats too).” Urfi also posted another picture of Chahatt and took a dig at the actress by mentioning her involvement with the conman, Sukesh Chandrashekhar and wrote:

“I am so sorry. I forgot…Respectful like you, who goes to Tihar jail to meet the prisoners inside to take gifts, Gucci bags and money from them. That’s very respectful, I must say.” 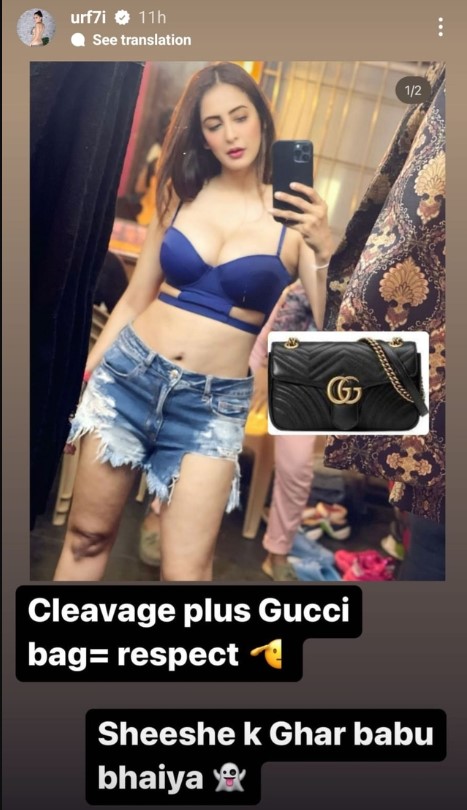 For the unversed, the whole controversy of Chetan Bhagat and Urfi Javed began when at an Aaj Tak event, the celebrated author talked about Indian youth, taking a direct jibe at Urfi Javed and her semi-nude pictures. Stating how Urfi is distracting the youth, Chetan had said: 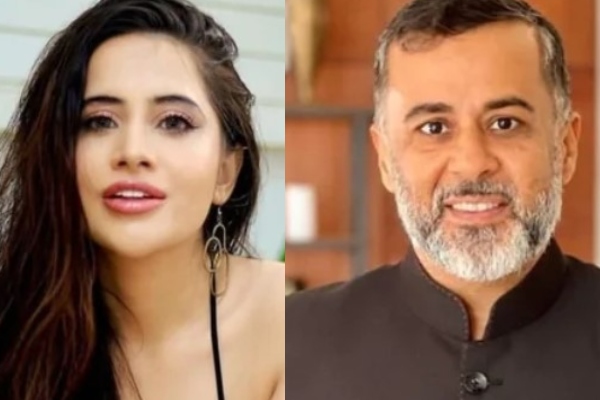 After Chetan’s derogatory remarks about her, Urfi slammed the author by calling him a pervert. Not just this, Urfi also shared a few screenshots of her WhatsApp conversation with Mr Bhagat a few years back, where he was seen completely bowled by her and tried his best to woo her. 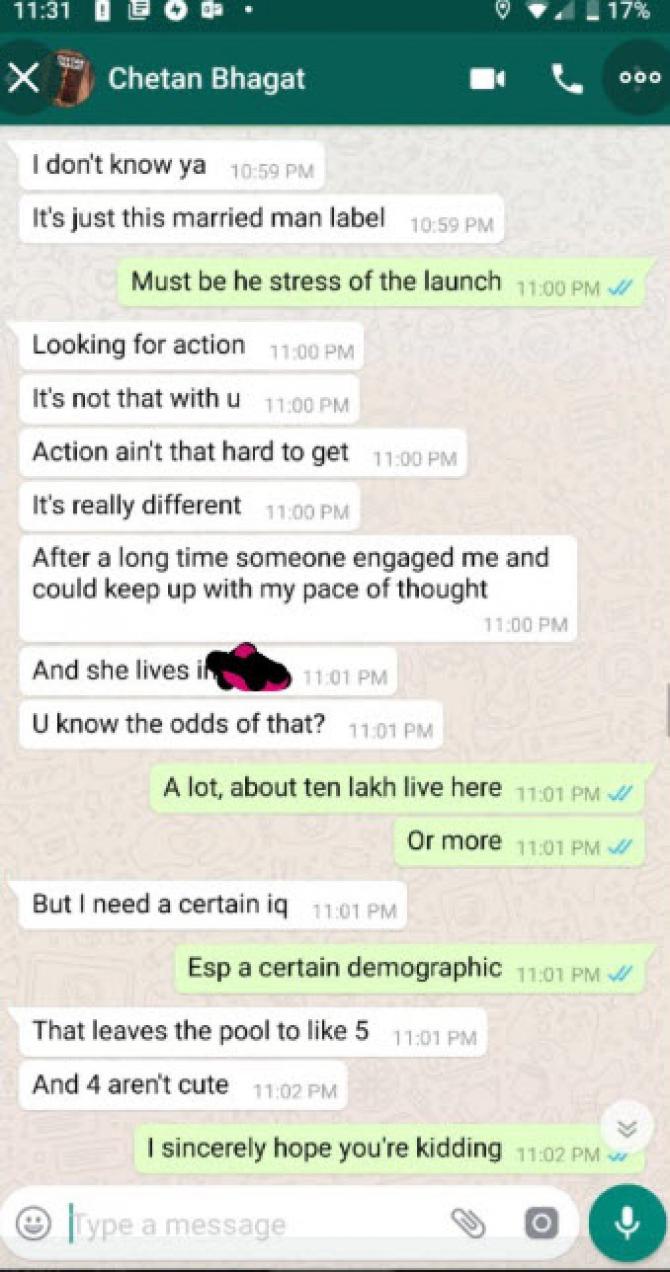 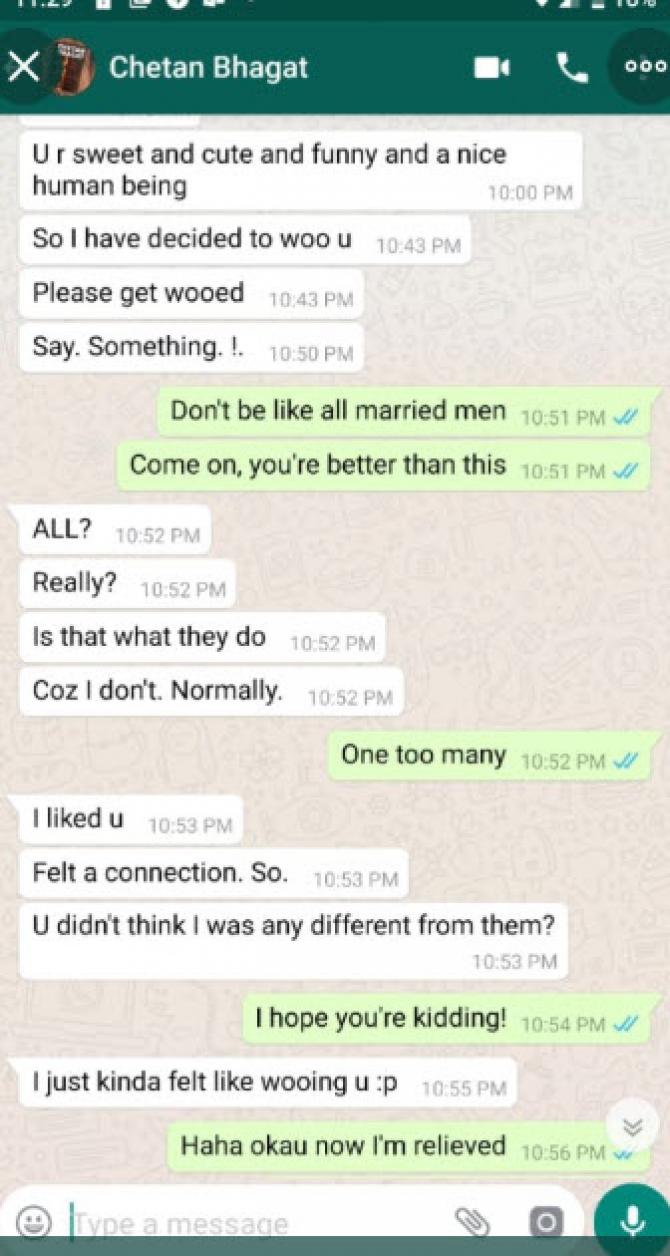 What do you think about Urfi’s befitting reply to Chahatt? Let us know.

Also Read: Raveena Tandon Reacts, After The Video Of Her Being In A Close Proximity With A Tiger, Goes Viral