Trends may come and go but true beauty stays forever! And every single time we lay our eyes on Aishwarya Rai Bachchan our heart beats a little louder seeing her grace.

In the era when paparazzi culture was just kicking off and we knew nothing about couple goals, Aishwarya Rai Bachchan and Abhishek Bachchan made headlines with their romance and starry wedding in Mumbai. The summer of 2007 marked the beginning of their epic love story that became the talk of the Tinseltown. (Recommend Read: Shloka Mehta, Newly-Wed Ambani Bahu, Steps Out In Her Floral Outfit For The First Time Post-Wedding)

The couple exchanged wedding vows on April 20, 2007, and the world knew that they are going to be forever. Every time, we see them together our hearts rushed and we felt the joy of love. In a throwback interview with the Hindustan Times, Abhishek had revealed the details of his love story, and had shared, “I’ve never asked who fell in love first, actually. I’ll have to ask her that. But the moment we got together we knew this was it.” Their wedding was celebrated as a grand festival. And we still remember how our entire family stayed glued to their television screens to get all the insight details of Aishwarya and Abhishek’s star-studded ceremony. Recently, we got our hands on an unseen and rare picture of Aishwarya from her mehendi. In the picture, we can see the world beauty donning a pink lehenga and decked up in floral jewellery and her mehendi filled hands made her entire look complete. Take a look at it below: 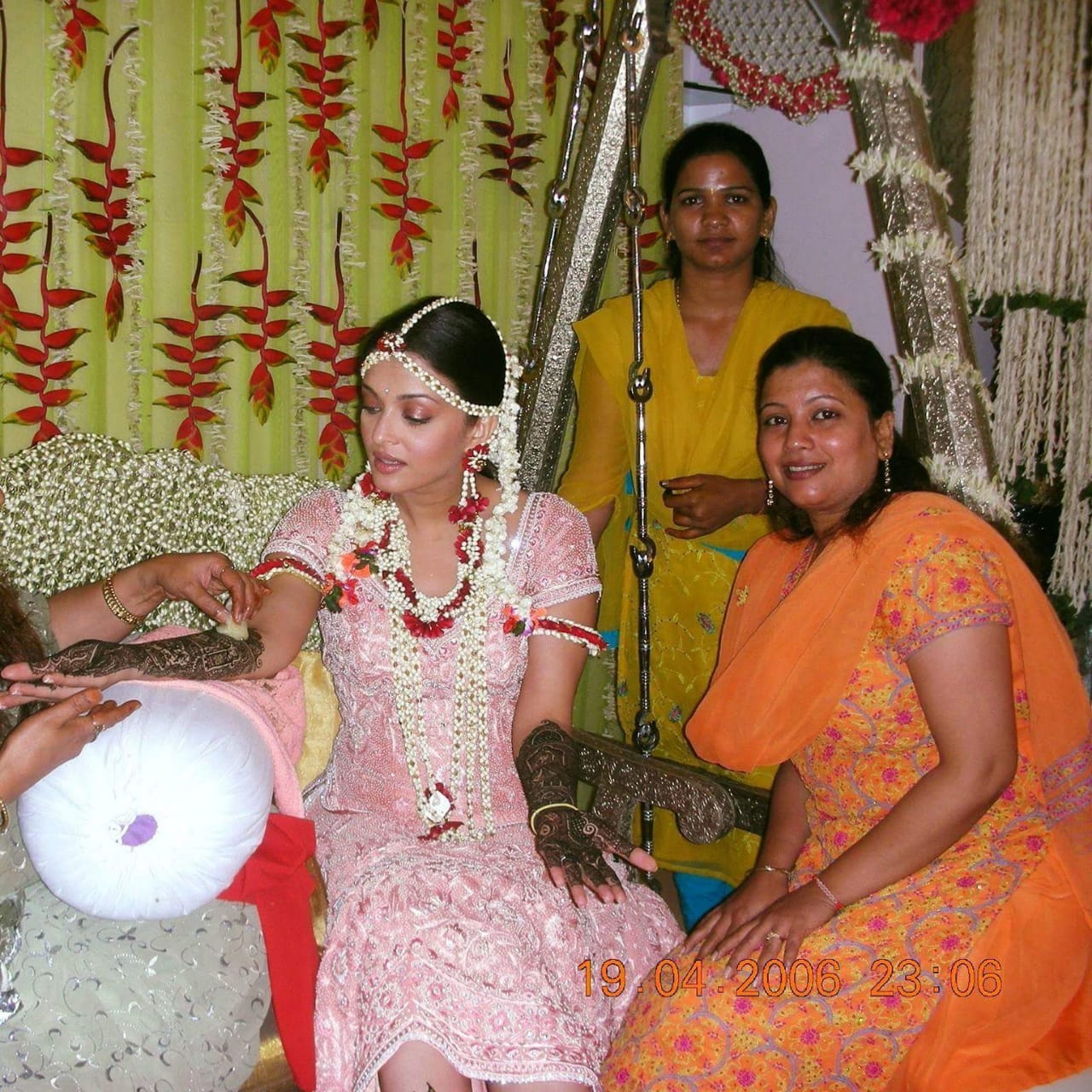 In an interview with Famously Filmfare, Aishwarya had shared snippets of her marital life with Abhishek. She had stated, “It feels like yesterday and what’s funny is that everyone else thinks so too. It’s going to be 12 years in April and it’s flown by, which is a great sign. I am clueless about the time that’s flown by.” (Also Read: Sonali Bendre On Her Cancer Battle, Says It's Not A Badge She Wants To Wear And Move Around)

She had also talked about the time when Abhishek first proposed to her, and had revealed, “I remember. During the shoot of Jodha Akbar's song 'Khwaja Mere Khwaja', sitting as a bride, and I am like, omg this is surreal, all happening on-screen, off-screen, this is bizarre and Ashutosh is like you are engaged and I am like what.” 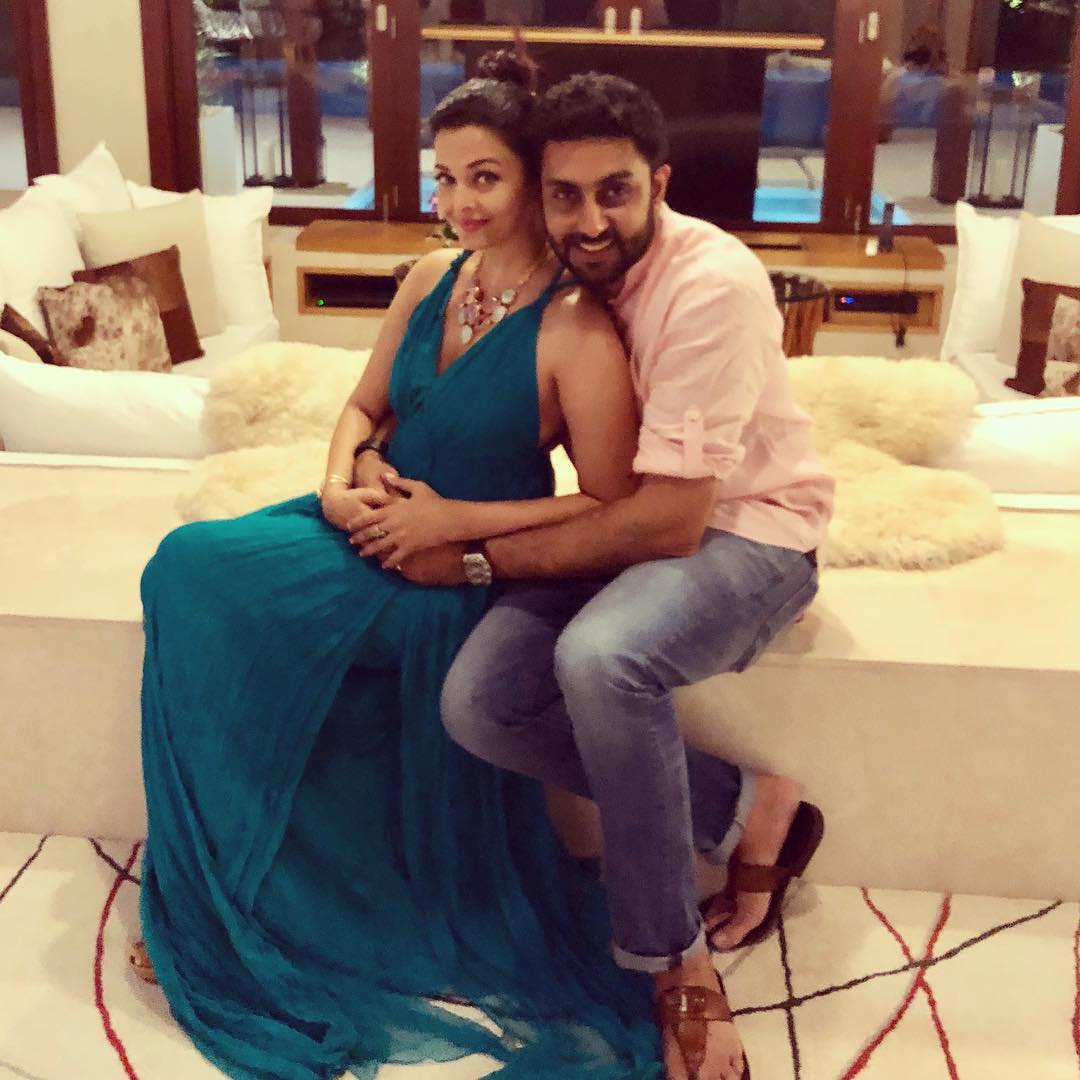 Aishwarya had further talked about the sudden roka ceremony which she had no idea about. She had said, “I didn't even know there's something called a 'roka' ceremony. We are South Indians, so, I don't know what a 'roka' is and suddenly there is this call from their house to ours; 'we are coming'. And we were like, okay. And I'm like, dad? He was like; it will take him one more day (to come).” She went on to say, “Abhishek was like 'we are all coming and I can't stop dad. We are on our way. We are coming to your place'. I'm like, 'Oh my God!' So, this 'roka' is happening with a call to my father, who is out of town.”  (Don't Miss: Ankita Lokhande Shares A Liplock With Beau, Vicky Jain As She Hugs And Dances With Him At A Wedding)

We totally love Aishwarya's rare mehendi picture! What about you?