Whenever there is a mention of Dharmendra’s name, all we could think of a handsome young man swooning our hearts with his charming personality. The He-man of Hindi cinema is one of the most successful actors in the history of Indian cinema. In the mid-seventies, Dharmendra was voted amongst the 10 most handsome men in the world. His personality was such that it could made anyone fall in love with him. (Also Read: Unseen Pictures Of Hema Malini With Dharmendra And Daughters, Esha And Ahana Exude Pure Love)

Born as Dharam Singh Deol, Dharmendra was the winner of a leading magazine’s nationally organised new talent award and had travelled from Punjab to Mumbai to work in a film as promised by the magazine. But unfortunately, the film was never made. And later, Dharmendra had made his debut in 1960 with the film, Dil Bhi Tera Hum Bhi Tere. With movies like, Phool Aur Pathar, Mera Gaon Mera Desh, Yaadon Ki Baaraat, Resham Ki Dori, Sholay to his credit, Dharmendra has always proved his versatility. It was on the sets of Tum Haseen Main Jawan, when the Punjab da Puttar had fallen madly in love with the South Indian beauty, Hema Malini. At that time, Dharam ji was already married to Parkash Kaur and despite of that, he couldn’t stop himself from falling for Hema ji. 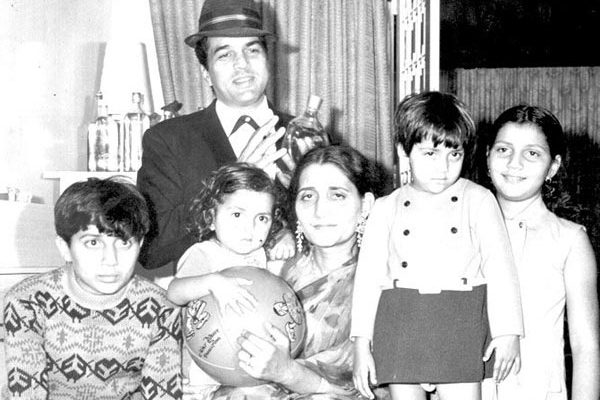 Dharmendra had married Parkash Kaur in 1957 and since his wife, Parkash did not want a divorce, Dharm ji and Hema ji had converted to Islam and had tied the knot in 1980. Dharmendra and Parkash Kaur have four children, Sunny Deol, Bobby Deol, Ajeeta Deol and Vijeeta Deol. We recently stumbled upon a rare picture of Dharmendra with his wife, Parkash along with his daughter. Looking handsome in a white-coloured shirt and blue-coloured pants, while holding the hand of his baby girl, Dharam ji and Parkash ji posed for a lovely picture. 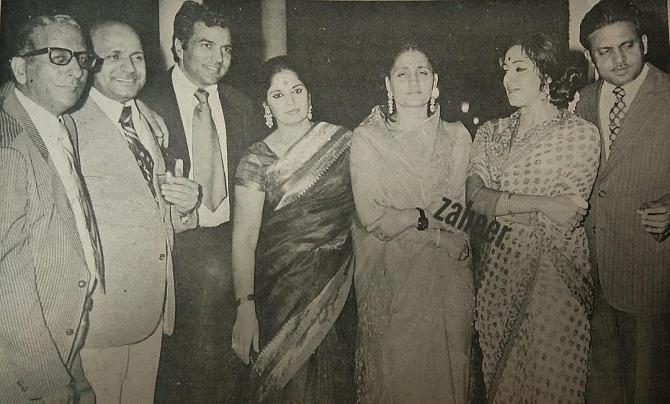 Hema ji and Dharmendra ji's intimate wedding was a traditional Tamil ceremony, the way she had always imagined. In an interview with Rediff.com, the actress had talked about her equation with Dharmendra ji's first wife, Parkash, and had shared, "I didn't want to disturb anyone. I am happy with whatever Dharamji did for me and my daughters. He played the role of a father like any father would do. I guess I am happy with that. Though I have never spoken about Parkash, I respect her a lot. Even my daughters respect Dharamji's family. The world wants to know about my life in detail, but that is not for others to know. It's no one's business." 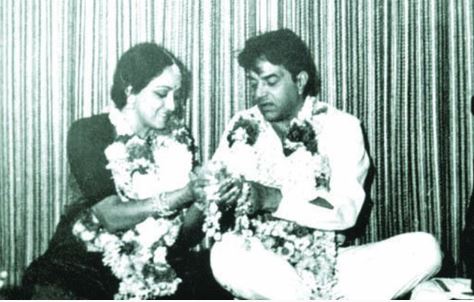 In a throwback interview with Daily Bhaskar, Dharmendra’s first wife, Parkash Kaur had defended her husband for being tagged as a womaniser. She had said, “Why only my husband, any man would have preferred Hema to me. How dare anyone call my husband a womaniser when half the industry is doing the same thing? All heroes are having affairs and getting married a second time.” Sympathising with Hema Malini, she had added, “I can understand what Hema is going through. Even she has to face the world, her relatives and her friends. But if I were in Hema’s place, I would not have done what she did. For, as a woman, I can understand her feelings. But as a wife and a mother I do not approve of them.” (Also Read: Hema Malini And Dharmendra's Unseen Photo With Granddaughter, Radhya As Nana-Nani Taught Her Walking) 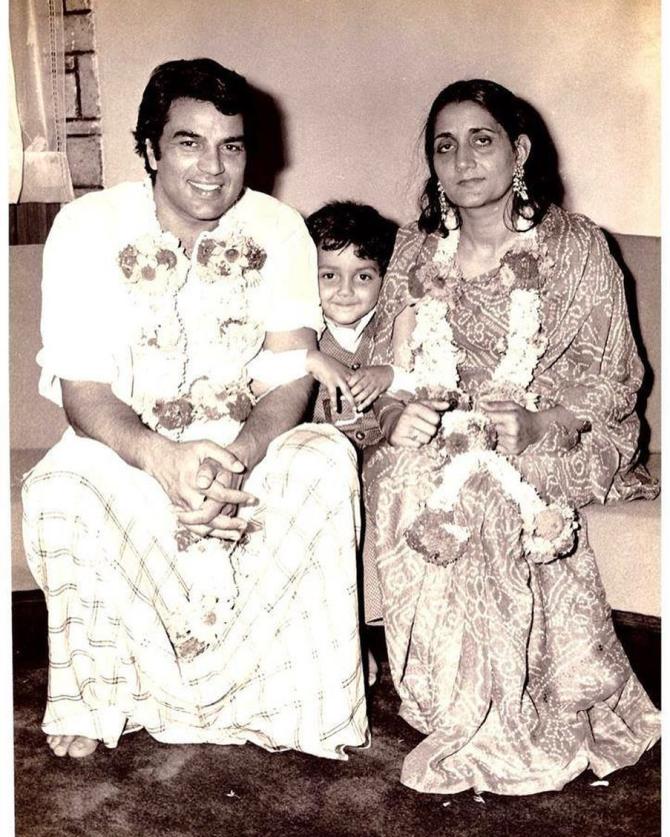 What do you think about Dharam ji and Parkash ji’s picture? Let us know. Bollywood actor, Sunny Deol was clicked by paparazzi on Monday morning at the Mumbai airport as he accompanied his mother, Prakash Kaur. The rare public appearance of Prakash Kaur has made everyone go crazy, and now, the pictures and videos are all over the internet. For the uninitiated, Dharmendra and Prakash Kaur got