Ayub Khan Married His Ex-Wife Niharika Again After 11 Years, To Only Get Cheated And Heartbroken

Ayub Khan Married His Ex-Wife Niharika Again After 11 Years, To Only Get Cheated And Heartbroken Well, the same is not true for those who believe in love. Love is patient, love is kind and Ayub and Niharika prove that it’s worth everything.

Recommended Read: Truth Behind The Unfortunate Love Story Of Akshay And Raveena

Ayub and Niharika fell in love with each other when they were in college. These college sweethearts imagined their future together, but little did they know that they will soon part ways. After the college was over, Niharika went to the USA for her further studies and found it difficult to maintain a long distance relationship with Ayub.

Geography came in the way of chemistry and the couple had to call it quits. Ayub and Niharika got together with different people, but their hearts belonged to each other. They both parted ways with their significant others eventually. After 11 years of leading separate lives, they bumped into each other at a salon. Right there, their old love sparked again.

Proposal by the roses

Ayub proposed to Niharika in a very special place. He took her to an Italian restaurant in Bangalore and on their way back to the car, he proposed to her. He had put a bouquet of almost 5 dozen red roses in the car with a special artificial rose in it which had the ring. Niharika thought that the florist cheated Ayub and threw the artificial flower away.

“It was a very special moment. Ayub had taken me to an Italian restaurant in Bangalore. We had a good time but he did not give me any hint of what he had in mind. On our way back, I was surprised to find a big bouquet of red roses in the car. It had at least 5 dozen roses and I found one fake rose in the middle of the bouquet. I said eeks and carelessly threw it away! When Ayub said that it had the engagement ring and that he wanted to propose to me, I started frantically searching for it. Finally, it was fun and humour which took over everything else.”

Finally, she said "yes" and the couple tied the knot sometime in 2000s.

Life after the wedding

“For me, trust, communication and mutual understanding are the keys to a happy marriage.”

You May Also Like: Rekha, Too Unlucky In Love? From The Unfortunate Ending With Big-B To Her Husband Hanging Himself

What do they mean to each other?

This couple never shied away from showing their love to the world. They loved each other and they wrre proud of each other as a couple (as friends they still are). On asking what Niharika means to him, Ayub earlier said:

“Niharika is everything I want to be. I wish I could be like her. She is patient and loving, and I know she will always be my side through thick and thin. She doesn't impose her decisions. She is quite easy with life, much unlike me. At times, I can be quite irritable as I keep dwelling on the past and find it hard to get over. In those times she helps me to look at the positive side of life. I have learnt a lot from her.”

And on asking what Ayub is for her, Niharika gushed:

“Ayub is the practical side of our relationship while I am the emotional or crazy side. He is my conscience and my best friend. He is the Man whom all my friends would love to have in their lives. He is the perfect gentleman with a charming personality and a kind heart. However, he is very stubborn at times and I am trying hard to change this trait of his personality. Motherhood and marriage have changed me a lot. Previously, I was a tomboy with a bindaas attitude. I was very spontaneous and could be quite selfish and irresponsible at times. Ayub has taught me to be a woman.”

They have two beautiful children together who make them a complete family. This was a couple that showed us that love can stand the test of the time.

But what went wrong? 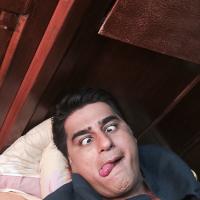 It’s very difficult to go separate ways from that person with whom you have spent the most precious moments of your life. Something just like this happened with this cutesy couple too. Here’s what Ayub was quoted as saying:

“Sometimes you just grow apart. It doesn’t mean I was wrong or she was wrong. We were often not on the same page. But the great part is, we are still great friends. I go over to her house to meet the kids. She is very gracious and kind.” 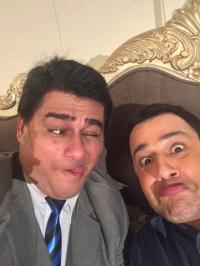 When he was asked if he still believed in love or was heartbroken when the divorce happened, he said:

“No, not really. Over a period of time, we realised that both of us are busy with our own lives and don’t have time for each other. It was just not happening despite our best efforts. When we decided to part ways, there was no yelling or howling. We simply called it quits.”

The two of them got divorced in probably 2016, and the shocking thing is that another famous actor Amit Sadh’s was accused of troubling their marriage. Here’s what Ayub said on this:

“I am sure any partner would get attracted to another person if his/her significant other is not around. It’s just human nature. If she got attracted, she didn't commit a criminal offence. If you like somebody, you need that person to be by your side whenever possible. As I said, we were never there for each other. So, we were only growing apart. Also, there were differences in opinions no doubt (pauses).”

“As you grow, you change as a person. Priorities change, point of view changes, lifestyle changes.When the partner can’t relate to all those changes, it becomes uncomfortable. But all this aside, Niharika is a great human being. She has a good heart and soul, and it’s fine if we are not together.”

Well, we know that sometimes, things just don’t fall at a place, and couples find it better to part ways. We just wish them all the happiness and love in their respective lives.