Umar Riaz has confirmed all the rumours of his brother, Asim Riaz being in a relationship with his 'Bigg Boss 13' housemate, Himanshi Khurana.

This year’s Bigg Boss 13 is going to long live in our memories for all the controversial and spicy gossips. On one side, where we have seen a lot of heartbreaks, some people found the love of their lives during their time in the house. One such person is supermodel and actor, Asim Riaz, who has found her dream girl in his house-mate, Himanshi Khurana. There were a lot of rumours of them having a relationship during their time in the show. (Recommended Read: Disha Patani Shares Her 'First Dance Block' With 'Baagh', Tiger Shroff On His 30th Birthday)

But obviously, you can’t trust the relationships that take birth in Bigg Boss, as most of the time they’re the scripted ones. However, this time around in Asim Riaz and Himanshi Khurana’s love story, the couple is madly-in-love and is in a relationship right now. Talking about the source of this information, then Asim’s brother, Umar Riaz has revealed this in a recent interview. Recently, in a conversation with the SpotboyE, Asim Riaz's brother, Umar Riaz has revealed that his brother, Asim Riaz is in a relationship with Himanshi Khurana. The surgeon has explained the truth behind the reports of him unfollowing Himanshi Khurana on a lot of social media platforms. He said, “There was a certain misunderstanding. The media was writing about it.” Adding to his comments, Umar has explained that Himanshi thought I and Asim are against her because of the ongoing media reports, as he further added, “She felt that I and some followers of Asim had turned against her.” Coming on the rumours of his brother, Asim Riaz and HImashi in a relationship, he has revealed it all with an open heart, as he said “I am happy about it. I will not oppose my brother. My happiness lies in his happiness.” On being asked, what does he think about his brother's choice, Umar replied “You marry someone who understands and supports you. If Asim feels he has found that someone, I have no objection.” (Don't Miss: Malaika Arora And Arjun Kapoor's Dinner Night Is Every Fitness Freak Couple's Dream Date Ever) 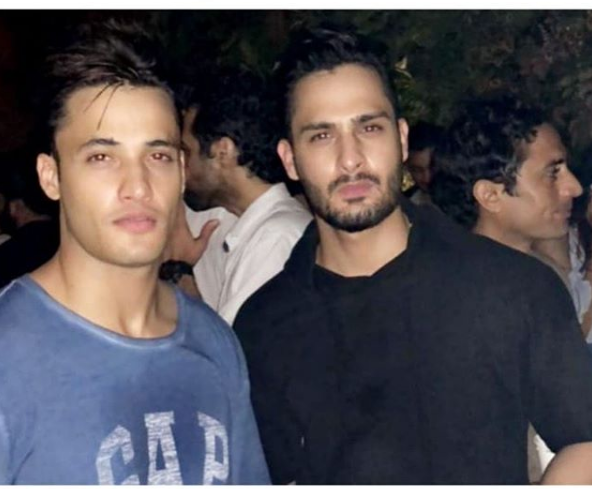 Well, no wonder Umar and Asim’s bond is what everyone wishes to have with their siblings, a bond that never judges you. In an interview with the Eastern Eye, the fitness freak and renowned surgeon, Umar Riaz had talked about his visit inside the Bigg Boss house to meet his brother. He had revealed, “I was a bit nervous because I am not from the media and everyone inside is a celebrity. When I went inside and the way he hugged me so tightly, I could feel the emotion, and my tears started flowing. I introduced myself to everyone and within 5-10 minutes it was like we were sitting at home chatting. I had to remind him I was there for a short time. He asked about our family. I thought I wouldn’t shed tears, but the way he expressed himself made me cry.” For the uninitiated, Asim had gone down on his knees and had proposed Himanshi, when she had entered the house again. In his proposing speech, he said, “Himanshi, I love you. Will you marry me? I swear to God, I want to marry you.” This left Himanshi in a state of shock but she didn't refuse him and had said, “You are a nice boy but there are many other things right now. I am not refusing but we have to see many things after going outside. I hope you understand. I will only say that I am here for you and this is enough.” She had accepted the flower that Asim gave to her and had added, “I took so much time to make a friend and I need time to make a lover." Take a look at the romantic moment.

Coming back to their brotherhood, then in an interview with the Eastern Eye, Umar had recalled their childhood and had explained what it was like growing up with Asim. He had explained, “Growing up with him was a task. He was a naughty kid actually, but caring and loving. He had a temper, but always realised his mistakes and apologised. He wasn’t good at studies and was different from other kids because he wanted things his way. He always had different things on his mind, from a conventional career path such as being a doctor or going into business. He was a rebel and energetic, so we had to channelize him. He has gone on his path and that has proved good for him because now all of India loves him.” (Also Read: Ruslaan Mumtaz And His Wife Nirali Mehta Celebrate Her Baby Shower Ceremony On Their 6th Anniversary) 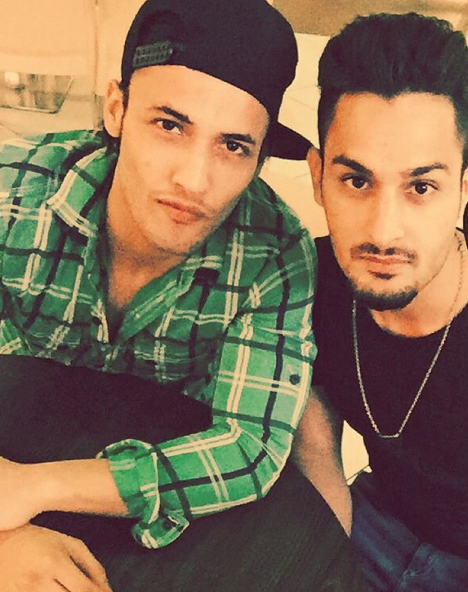 Do you think Asim and Himanshi make a great couple? Let us know! The most controversial reality show, Bigg Boss 15 has been on air for more than a month now. Just like every other season, this year also we have witnessed a lot of fights in the house already. Two such contestants, who are constantly at loggerheads with each other are Simba