February is officially the month of love, and what better time for couples to get tied in an eternal bond of love in this month. Well, it looks like our celebrities are going by this mantra and getting hitched to their loved ones. After Neil Nitin Mukesh who recently got married to Rukmini Sahay in a grand destination wedding, it was the turn of a famous celeb from our tellyland to follow in his footsteps.

Recommended Read: How Bollywood And TV Celebs Wished Their Partners On Valentines Day 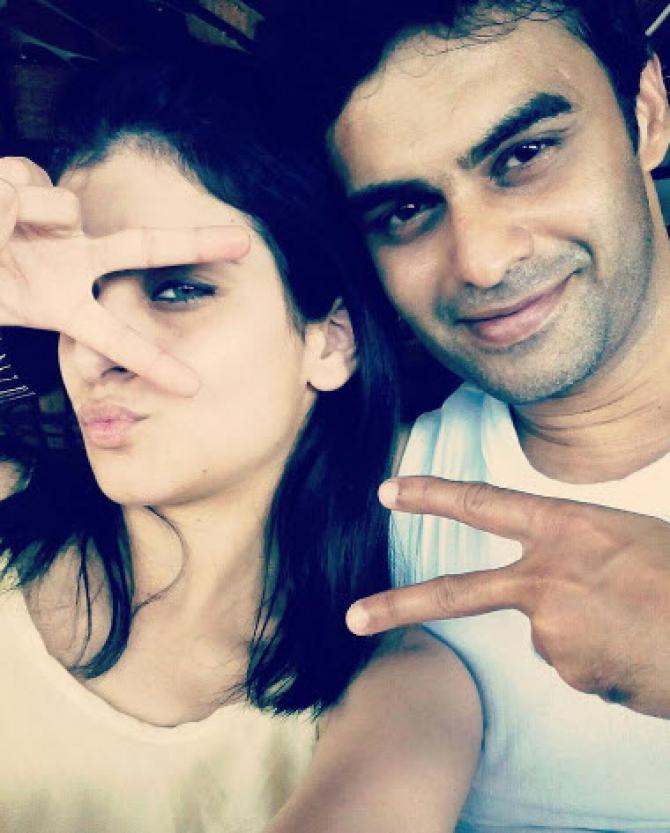 We had told you yesterday (February 14) that Amit Dolawat, famous for his roles in Udaan, Yeh Rishta Kya Kehlata Hai and Ichhapyaari Naagin is all set to tie the knot with his longtime girlfriend, Cheshta Sharma, on February 14, 2017. Well, the wedding has happened and it looks dreamy. 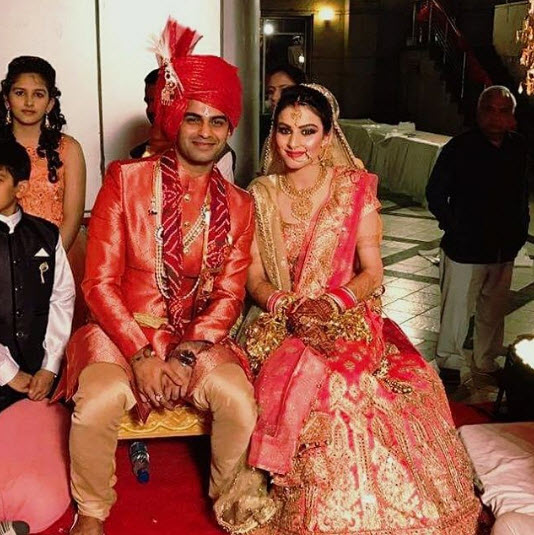 The bride and groom were dressed up in traditional attires, their clothes nicely colour-coordinated. Cheshta wore a red and golden lehenga, and heavy jewellery. Her bridal look was completed with a chooda and kalire. Amit donned a traditional Rajasthani get-up, complete with a pagdi, safa and kalgi. The couple looked royal in every sense. It is interesting to note that Amit is a Rajasthani Brahmin while Cheshta is a hardcore Punjabi kudi. Their parents were earlier against the match, but Amit and Cheshta's love for each other probably melted their hearts.

You Might Like: Virat Kohli Expressed His Love For His 'Valentine' Anushka Sharma In The Cutest Way Possible Amit has been in a steady relationship with Cheshta, an air hostess by profession, for quite some time now. The idea of tying the knot on Valentine’s Day was the stunning lady’s idea and we think it is perfect! Before the wedding, there was a haldi and a sangeet ceremony, held on February 12 and 13 respectively. The reception held on February 14 was a little hatke too, as Amit himself said during an interview:

“Unlike most receptions, Cheshta and I won't sit on a stage. We will walk around and meet everyone. The idea is to dance and enjoy.”

Another interesting piece of information about this wedding is that unlike other marriages, the couple took eight pheras, instead of seven. In the eighth phera, Amit had to pick up Cheshta, and promise to take all her nakhras, throughout his life. Now, that is very cute, and yes, this was Cheshta's idea too.

Here is a list of 11 Famous Celebrity Couples Who Got Married On Valentine's Day, apart from Amit and Cheshta.

We are glad that Amit and Cheshta had a fairytale wedding on a dreamy day, with the love of their lives. Our heariest congratulations to the newlyweds. May they live a life full of happiness and love always.