Twinkle Khanna Is Not Happy With Her Hubby, Akshay Kumar, Asks Him To Not Rob Her Pretty Floral Mask

Twinkle Khanna Is Not Happy With Her Hubby, Akshay Kumar, Asks Him To Not Rob Her Pretty Floral Mask

Akshay Kumar borrowed his wife, Twinkle Khanna's pretty floral mask without her permission, and here is how she reacted to it! 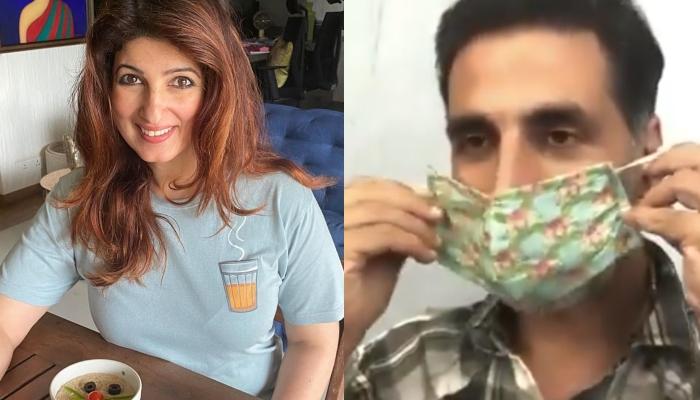 We all have grown up thinking that the key to a happy marriage is finding the 'right' person. We think that the more the 'right' person they are for us, the less will be our gloomy days. In the midst of searching for our 'mister right' or 'missus right', we forget that we don't know how to keep our married life happy. However, the magic of marriage happens when you learn to stay sane on the most insane days. When you still love your partner, after a big fight. After all, 'happily ever after' is not just a phrase, it is a choice which you make every day. And an exemplar of this is Bollywood couple, Twinkle Khanna and Akshay Kumar. (Recommend Read: Ram Charan Penned A Lovely Birthday Wish For His Darling Wife, Upasana Kamineni On Her Birthday)

The power couple of B-town had their own share of gloomy days, but their love shines brighter with every passing day. They know how to keep their marriage fun and full of love while adding the 'spice' of pulling each other's leg. And we got glimpse of their social media banter when Akshay Kumar was featured in a public service announcmenet video, reminding everyone the importance of mask.

In the video, we can see Akshay wearing a mask, which was apparantly a borrowed one from his wife, Twinkle, and she hilariously called him off for robbing it. On July 20, 2020, Akshay took to his Twitter handle and tweeted, "Go about your life normally but follow the #safenormal". Twinkle shared his tweet and wrote, "Also get your own mask and don’t rob your partner’s freshly washed, pretty, floral one #SafeNormal." Check it out below:

Well, this isn't the first time when Twinkle has made us laugh with her witty replies. We remember how she had once revealed that she was terribly missing her husband. The actress had taken to her Instagram handle and had shared a cute picture with Akshay. However, it was her way of expressing her love that made us gush. She had written, "My glass is perhaps always half full but it sort of feels filled to the brim when this hunk is around #friendsforever#absencemakestheheartandallthatjazz". (Also Read: Nakuul Mehta Warns Rocky Jaiswal About His 'Joru', Hina Khan, She Comes Out As Real 'Dabang') 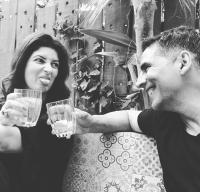 For those who don't know Twinkle and Akshay had met during a shoot for the Filmfare magazine, in Mumbai, where Akshay had developed an instant crush on Twinkle. In one of his interviews with the Filmfare, the actor had confessed the same and had said, "I met Twinkle for the first time during a photo session with Jayesh Seth for Filmfare. I still have that photograph. Thank you, Filmfare!” However, it was actually during the shooting of their film, International Khiladi, when the two had fallen for each other, and the rest is history. (Don't Miss: Saif Ali Khan's Reaction When A Cricketer Thought Mansoor Ali Khan Was Lying About Visual Impairment)

Well, we love Twinkle's way of calling out her husband, Akshay Kumar! 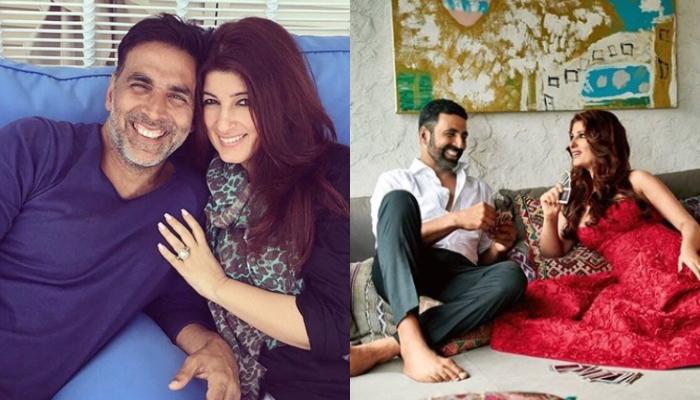 What had started as a fling for a rebound after a failed relationship for the very beautiful and witty, Twinkle Khanna had turned out to be a life-altering decision. Twinkle Khanna had gotten married to her 'six feet of chocolate icecream' after almost a year and a half of dating