Festivities are all in a swing as Diwali 2018 is right the corner. Fun, masti, lighting, happiness and what not, Diwali brings with it the colours of every hue. While we are having a gala time at our places, Diwali bashes are going on back to back in the tinsel town. Recently, King Khan of Bollywood Shah Rukh Khan-Gauri Khan, Shilpa Shetty-Raj Kundra and Abu Jani Sandeep Khosla hosted Diwali parties. These bashes were undoubtedly star-studded as they witnessed the get-together of many biggies from the town.

All the actors and actresses leave no stone unturned to look their best. Right from their chic and designer outfits, to their exquisite jewellery to their hatke look, celebrities make sure to stand out. Nonetheless, at the same time different from their counterparts, two of the beautiful actresses ended up wearing the same outfits at one of the recently held Diwali celebrations. (You May Also Like: Kareena Kapoor Khan And Saif Ali Khan Step Out With Sleepy Taimur Ali Khan Amidst Diwali Celebration) 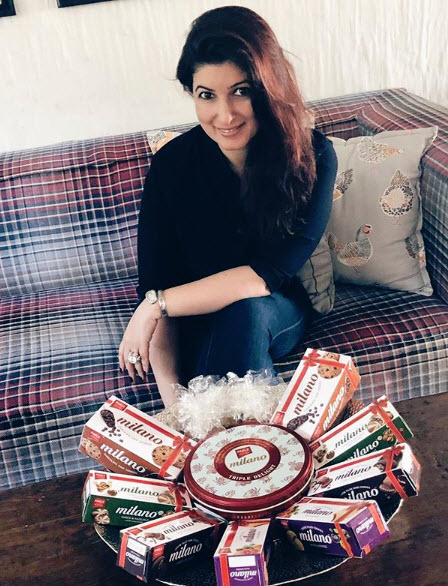 Well, the pretty former actress turned author, Twinkle Khanna and Swades actress, Gayatri Joshi ended up wearing exactly the same outfit. Both the actresses were looking drop-dead gorgeous in Abu Jani Sandeep Khosla’s cream coloured suit with a red border. These actresses didn't twin deliberately in this outfit, but this was a complete coincidence. In fact, Twinkle Khanna took to her social media accounts and shared a picture with Gayatri. She captioned it as, “When two is company and three would be one too many:) #happygirls #accidentallytwinning #diwalidoubledhamaka”. Here’s the snap: 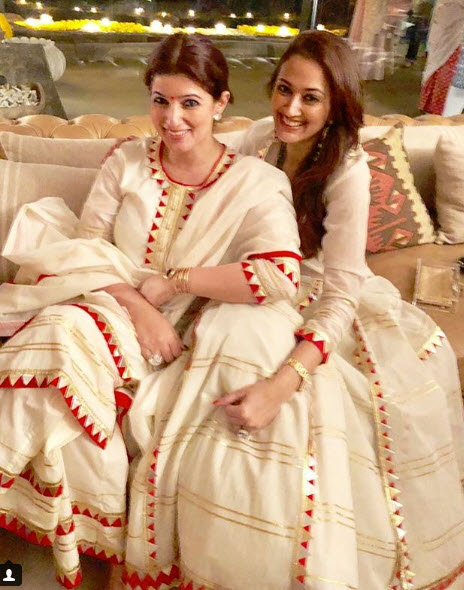 Twinkle’s fans loved these two beauties and were all praises for them. Some were even happy to see Gayatri after a long time. One follower commented, “Such a gorgeous coincidence”, followed by a heart emoji. Another wrote, And man you are happily repeating. Matlab I loved this outfit when you wore it first and thought these celebs never ever repeat but you defied that thought yayyy”. One wrote, “You look so pretty”, with a heart emoji. Another comment could be read as, “No accident just 2 fab girls have a fab taste in fashion”. Here are a few screenshots of the love Twinkle and Gayatri got from their fans: (Also Check: Priyanka Chopra Gets Cryptic Message On Her Pic From Nick's Mom, Parineeti Joins Her On Bachelorette) We find both these pretty damsels looking lovely in this outfit. Who do you think aced this look better? Do let us know in the comments section below!