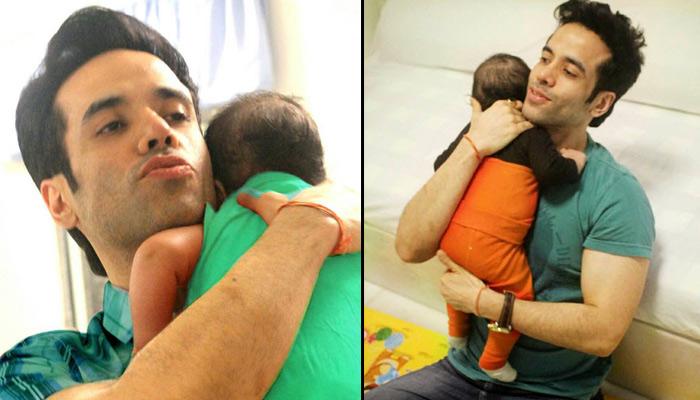 One of the famous B-town celebs and Golmaal fame, Tusshar Kapoor pleasantly surprised everyone when he embraced fatherhood. In case you have been living under the rocks for quite some time now, let us tell you, Tusshar became a proud single parent to a baby boy through IVF in June 2016, and named him Laksshya.

Recommended Read: This Bollywood Celebrity Gave Birth To A Baby Girl From Eggs Frozen 8 Years Ago!

Tusshar loves kids, and he wanted to have one. The idea of having a baby through surrogacy came to him by filmmaker Prakash Jha. He motivated him to go for surrogacy to enjoy that lovely phase of life. Sharing his entire experience of the surrogacy procedure, Tusshar revealed a lot of things in a candid interview lately. Check it out here, in case you missed it! 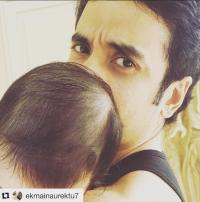 Now that Tusshar’s son is nine months old and he has spent these most amazing days with him, he talked a lot about being a single parent in an interview with BollywoodLife. Not just this, he even talked about how he is evolving as a father, he shared his views on surrogacy, adoption and a lot more. 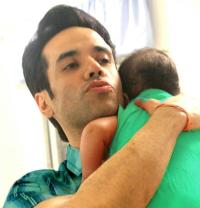 You May Also Like: 7 Bollywood Celebs Who Are Parents To Adopted Kids

Just like any other baby, Tusshar said that Laksshya is also “getting naughtier by the day.” He also revealed that the baby has started uttering words, and ‘papa’ was the first word that he spoke.

Here’s what the newbie dad was found stating:

“Ya, he says ‘Papa’. He doesn’t say it every day but that’s the first word that he’s uttered. It happened about a couple of weeks back and it’s such a wonderful feeling.” 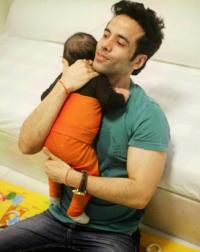 On the note of his evolution as a father, Tusshar shared:

“Your cycle and your timetable changes. Your focus becomes on life outside your body and not yourself. You start becoming more selfless for sure and there’s also this confidence that you sense in yourself (READ: 17 Things That Change Once You Have A Baby). It makes you more focused and makes you want to work more not just for yourself but for your child. So, there are all the changes that people go through when they have a child as married couples and I think I have gone through the same changes as a single parent.” 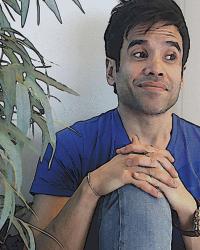 In addition to this, Golmaal actor gave his take on the ongoing debate about surrogacy and adoption. Tusshar kept himself aloof of the term debate and gave a very balanced answer on the matter:

“When I got my child through surrogacy, the legislation wasn’t passed, it was just the law. I always wanted my own child. I am completely pro-adoption also but then I wanted my own child, something that I was very clear about and I guess I have a right to do that. Those who want to adopt, I feel that’s great; you never know even I might do that someday but this time it was just a choice that I made. So I don’t feel there’s anything to debate.”

Check Out: [ASTROLOGY] This Is What Future Holds For Saif And Kareena's Little Prince Taimur Ali Khan Pataudi

“Talking about the bill, yes, I am with the government protecting the interests of the surrogates who carry the child and making the procedure more transparent and regulated, I am with the government on that. But I also hope that people who want to have babies through surrogacy, single parents, get to do so. I am not getting into any debate on that. I think the government looks into the interests of everybody, they know best what they are doing but I feel really lucky that I was able to have my own child through this process.” 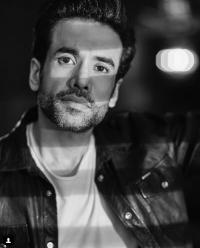 Tusshar is undoubtedly a possessive father, and that’s fair enough. When asked about his comfort level on paparazzi following his child, the doting father said:

“I take him everywhere. I take him to the park every day, I take him to the temple. So on the film set also I don’t think there’ll be any much of a problem.  I will probably take him around 4:30-5 pm in the evening to the sets of Golmaal Again and spend some time with him. But coming to the paparazzi, I wouldn’t want them to interfere right now.” 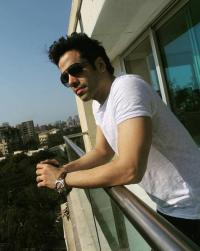 “Probably when he is a year old or so, I’ll be okay with it. I don’t think there’s anybody on the sets who would click his pics and leak it. I have shared a few pictures on Instagram but they don’t really reveal his face.  I haven’t taken up to any photo session or anything as such.” 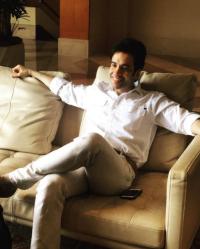 Last but not the least, Tusshar also shared his views on the ideal way of bringing up a child. Here’s what he was quoted as saying:

“I am just going to do as much as I can. I mean, there is nothing like you can say this is the best I have done. So I am just going to spend as much time as possible with him and make him feel very loved. I want to empower him with a lot of love, support and companionship that many kids sometimes don’t get from their family. So I want to give him all that usually one doesn’t get from their father.”

All-in-all, Tusshar is one such doting father, who leaves no stone unturned to rear his baby in the best way possible. Our heartiest wishes to both, Tusshar and Laksshya!

NEXT Read: 5 Bollywood Celebs Who Did Not Have Kids After Marriage