Trishika Tripathi was blessed with a baby boy on October 10, 2019. The 'Chidiya Ghar' actress took to her Instagram handle and shared a glimpse of her baby boy. 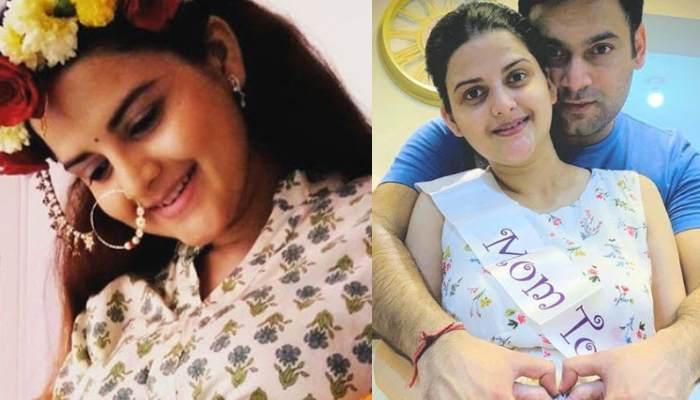 The feeling of becoming a mother is just out of this world. Carrying a life inside you for 9 months is the most cherished feeling for any woman. From bearing pregnancy pangs, nervousness and all the excitement of welcoming a new member in the family, everything comes to a standstill when you hold your child for the first time. That is why it is said that no one can take the place of a mother. (Also Read: Shweta Tiwari Shares Adorable Pictures Of Her Kids, Palak Tiwari And Reyansh Kohli) 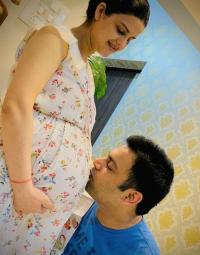 Trishika announced the news of her baby's arrival on her social media handle. She took to her Instagram handle and shared two pictures. In one of the pictures, Trishika shared a glimpse of her baby's feet and wrote, "Starting a New Chapter in Our LOVE STORY Blessed with a Baby Boy". In another picture, Trishikha's husband, Ashish was seen kissing her forehead. Take a look at the picture:

She also shared a picture with her Chidiya Ghar gang where she was seen holding her baby and posing with her gang with a caption, "U all r so close to my Heart n u all know very well, Thank u so much for everything My "CHIDIYAGHAR" Gang." In the picture, actress Shafaz Naaz, who is also her co-star in Chidiya Ghar was also present in the gang and was giving a broad smile. (Also Read: Esha Deol Twins With Mamma, Hema Malini In Hues Of Green On Her 71st Birthday, Pens A Heartfelt Wish) 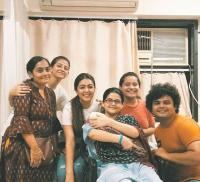 Trishika Tripathi and her co-star, Shafaz Naaz from Chidiya Ghar share a very close bond with each other and are often spotted together at different events. On October 10, 2019, Shafaz had taken to her Instagram handle and shared beautiful pictures of Trishika and her with a heartfelt note which could be read as “I was waiting for this day and to share these beautiful pictures of yours. Finally the secret is out phew Bahut din control kr liya!!” 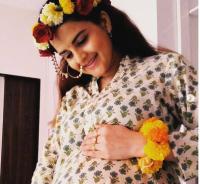 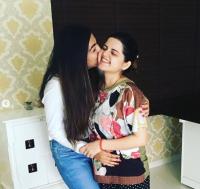 Shafaq Naaz’s note had further read, “Tanuuuu u know how happy and excited I am !! mjhe samjh nhi aa rha hai ke Kya likho but shayad har cheez likhe nhi jate hai sirf Mehsoos ke jate Hai ye bas wahi hai mere liye. I don’t think I can express my feelings here!! I just want to say god bless you both and your an amazing person, wife, sister, friend, daughter and you're going to be an amazing mom and dare if you make him or her call me Massi sirf naaz !! Baki toh Tu Jante hai. I love you the most @ashish.trishikha.” 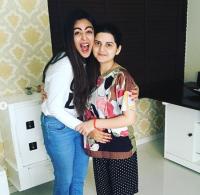 On October 10, 2019, Trishika had posted some oh-so-cute pictures from her baby shower ceremony where she had donned a white floral dress. She had looked adorable and her pregnancy glow was very much visible on her face. She had teamed the floral dress with a sash which read, ‘Mom To Be’. It was her baby shower cake which got our attention. It had pink and blue shoe each with the words “Baby is on the way” written on it. Trishika had captioned the picture as “Need Blessings”. (Also Read: Alia Bhatt Recalls An Emotional Moment With Dad Mahesh Bhatt From The Sets Of 'Sadak 2') 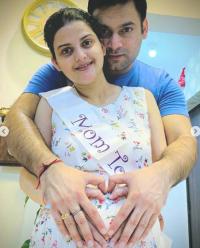 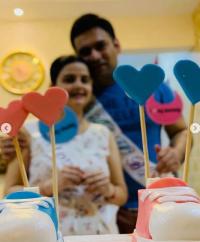 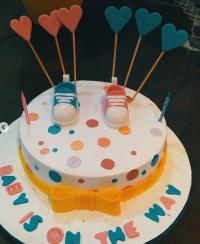 We congratulate Trishika Tripathi on the arrival of her little munchkin and can't wait for their first family picture. 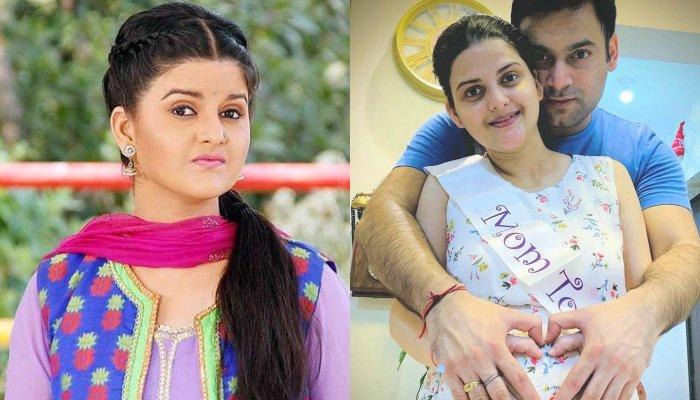 How wondrous a feeling is it to divulge into a feeling of mamta seeping all its way into your heart! Pregnancy can be joyous but tricky too, for all mommies-to-be. Why do we say so? For at one instance, there’s this constant happiness of nurturing a little heart, beating inside