Maanayata Dutt is having a blast of time in the Maldives and is treating her fans with glimpses from vacation. Trishala Dutt made sure to send her love for her stepmom through commenting on her pics.

B-town boasts of many modern families, who despite of not living together under the same roof make sure to send each other love every now and then. From the modern family of Pankaj Kapur to the cordial relationship between the Pataudi clan, they have taught us what letting bygones be bygones mean and make peace with life as it comes. Another family that exudes love every time there’s a mention of them is of Sanjay Dutt. (Also Read: Kareena Kapoor Khan And Soha Ali Khan Dance With Taimur Ali Khan, Inaaya Naumi Kemmu On 'Baby Shark')

Sanjay Dutt is presently married to Maanayata Dutt and has twins, Iqra Dutt and Shahraan Dutt. He also has a gorgeous daughter, Trishala Dutt, from his first wife, Richa Sharma. Sanjay is a complete family man and his Instagram pictures totally boast so. Trishala lives in the US with her maternal grandparents but her love for step-mom, Maanayata and half-siblings, Iqra and Shahraan is quite evident on her social media profile. Maanayata Dutt is having a blast of time in the Maldives and is treating her fans with glimpses from her vacation. In a picture shared by the star wife on her Instagram from her vacation, she looked stunning in a colourful swimsuit with a mesh slit maxi on top. Maanayata complemented her look with round black sunglasses. She captioned her post as “Go where the WiFi is weak and the breeze is strong....a place where you feel most alive #saltyair #sunkissedhair #tanlines #love #grace #positivity #dutts #beautifullife #thankyougod.” To which, her step-daughter, Trishala commented, “Stunning!!!” followed by a heart emoji. In another beach picture of Maanayata, Trishala had commented with an array of heart eyes emojis. 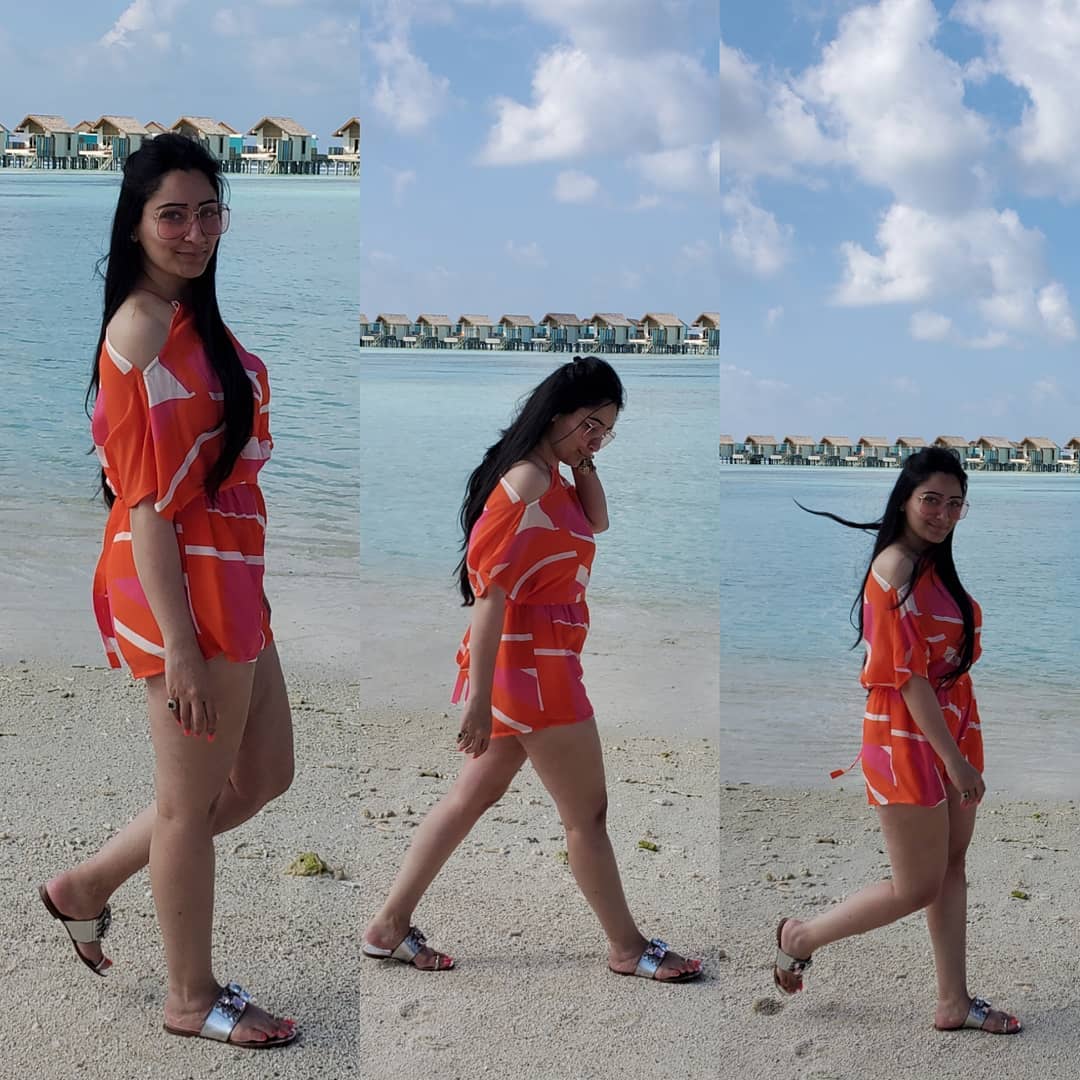 A few days back, Trishala Dutt had taken the trip down the nostalgic road and had  posted a ‘priceless’ picture with her ‘dadaji’, Sunil Dutt. Sharing the picture, Trishala had written, “#priceless Dadaji” followed by a heart emoji. To which, Maanayata Dutt had commented with an array of heart emojis. (Also Read: Riteish Deshmukh Piggybacking Genelia Deshmukh On Shoulders For A Picture Makes Him Best Hubby Ever) 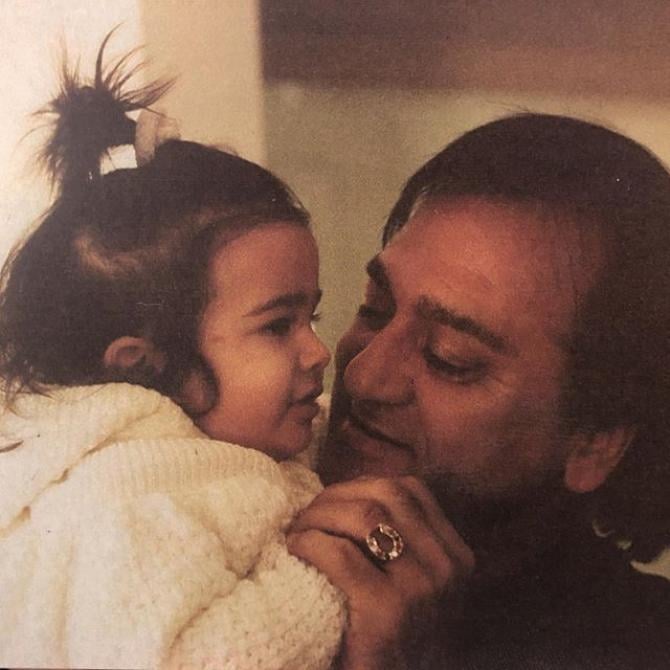 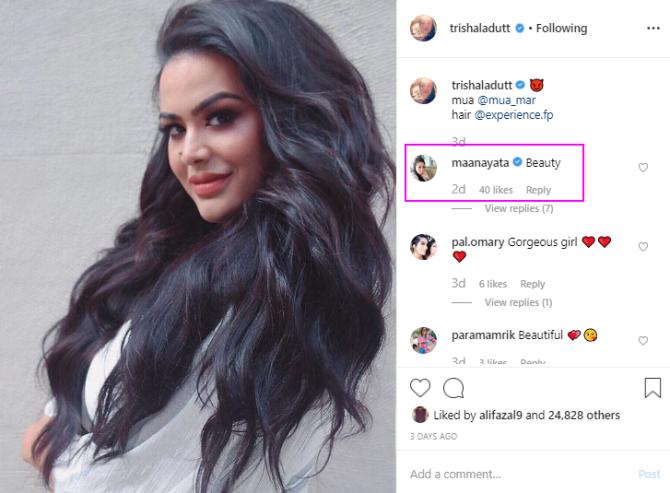 Sanjay Dutt and Richa Sharma had tied the knot in 1987 and became proud parents to their daughter, Trishala Dutt in 1988. The happiness of the Dutt trio was short-lived as Richa was diagnosed with a terminal illness of brain tumor, for which she had headed off to the US. On December 10, 1996, Richa took her last breath and since then, Trishala has been staying with her maternal grandparents in the US. Ahead of her death anniversary, Trishala had posted a beautiful picture of her mother, Richa. Trishala had captioned it as "Mom... #1979 #RIP." To go by Trishala's caption, the picture of her gorgeous mom was around 30 years old. And what had caught our attention in the comments section was Sanjay Dutt’s wife, Maanayata Dutt’s reaction. Maanayata had commented, “Beautiful”. In an interview with the Hindustan Times, Trishala had talked about the challenges she had faced growing up without parents. She had said, "I faced a lot of challenges growing up and till today I face new challenges every day but I always find a way to fix them. Unlike other starkids I don't have the luxury to have mommy and daddy help with things. I don't have the luxury of a father to "make a phonecall" or "pull a favour" for me as the others do. It's hard with no help and you have to do everything on your own. Then I look at someone like Shah Rukh Khan who did everything on his own with no parents in the industry, no friends, no connections, no nothing. He had a drive for success and he had talent. If he can do it, so can I. Anyone can do anything if they put their mind to it." (Also Read: Kapil Sharma And Ginni Chatrath's Baby Girl, Anayra Sharma Looks Like 'Nanhi Pari' In A Pink Onesie) The bond between Trishala and Maanayata is all about love! Veteran actor, Sanjay Dutt’s daughter, Trishala Dutt is a psychotherapist by profession and a fashionista by choice. Though the star kid has clearly mentioned her disinterest in entering Bollywood, stunning pictures of Trishala never fail to make headlines every now and then. She is the eldest daughter of Sanjay Dutt