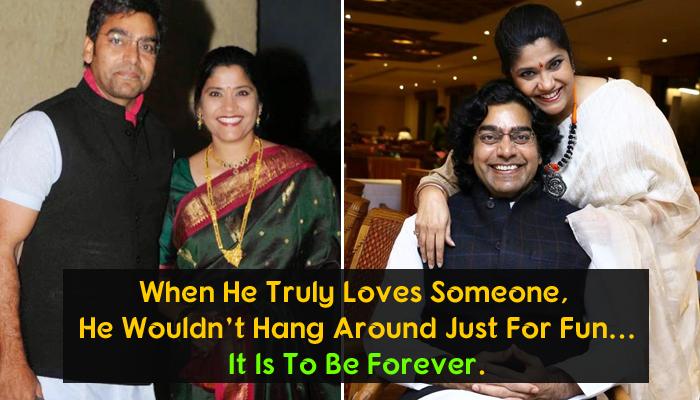 Charming, passionate, egoistic, highly emotional, highly intuitive, secretive, unforgiving, and yet it’s hard not to get drawn to the epitome of mystery that makes a Scorpio man. Even though they may seem a little tricky to understand, it’s best not to get too intimidated by their personality traits. Having a Scorpio man as your life partner is what ‘happily ever afters’ are made of.

So, feel blessed to have him in your life and let us help you clear up some of the mystery that surrounds him so you too can have your “happily ever after”.

Recommended Read: Is Your Husband A Libra? Here Are The 10 Traits That You Can Expect From Him 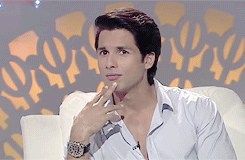 A Scorpio man is probably the most mysterious of all people in the zodiac, other than a female Scorpio. He is always going to have a cloud of mystery hanging over his head. It might be very hard to read what he truly wants, which is why so many Scorpio man is an enigma. The mysterious and confident aura is another reason that draws the opposite sex to him.

#2. He is a passionate lover

If you are dating or about to be married to a Scorpio man, know this for sure that lovemaking is always going to be passionate and lustful. Being one of the most sensual signs of the zodiac, Scorpio men are totally up to a partner who is willing to be a bit adventurous.

#3. He loves truly, madly and deeply

He might be infamous for indulging in passionate love affairs, but when it comes to love, he is rarely promiscuous. When he truly loves someone, he wouldn’t hang around just for fun. If you commit to a relationship with a Scorpio man, it’s likely to be forever - at least from his side. You don’t have to go too far in the search for an example, Shah Rukh Khan’s love for his wife Gauri is the best example of a Scorpio man in love.

You May Also Like: Zodiac Compatibility Of These Bollywood Couples Reveals A Lot About Their Relationship 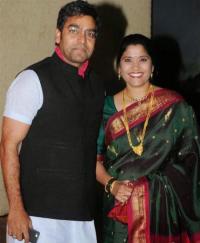 Scorpio men often put up a tough exterior but, don’t be fooled by that, because deep down he is all soft and mushy. The tough exterior is just facade to protect himself from being deeply attached to someone. If you have seen the soft side of him, then you are a lucky girl, because this man is willing to sacrifice himself for you.

#5. He loves a successful woman 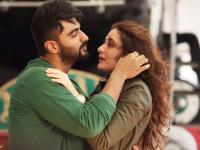 To a Scorpio man, it does not matter if you earn more or have a successful career of your own. He, in fact, loves a woman who is powerful. He will even pick the kids up from school, make dinner or tidy the home without any complaints. Feminist or not, every girl wishes for a husband like that.

#6. He is highly intuitive 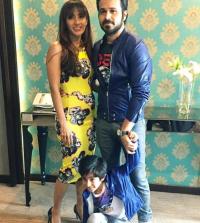 A Scorpio is very good at reading people. So, when in love, he would be very passionate, involved and romantic. He would know your secrets and intentions even before you tell him and often he would give you exactly what you need. There’s no point in ever trying to hide anything from him. Don’t tell us we didn’t warn you. That’s just the way he is.

Must See: Is Your Wife A Libra? Here Are The 10 Traits That You Can Expect From Her

#7. He wants honesty in relationships 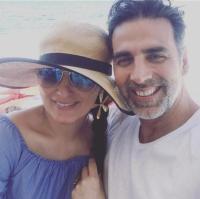 Scorpios are walking lie detectors; their ability to detect lies is pure genius. When it comes to dating or being married to a Scorpio, honesty is the best policy. If he asks you what’s going on in your mind, it’s always best to tell him the truth and if you have something you can’t tell him, better take your thinking head in a room where he cannot come.

#8. He is very protective

Being in a relationship with a Scorpio man means, you and his family would always come first. They possess strong protective traits, which makes them fiercely defensive of their loved ones. They would not just stand by your side, but will also fight for you.

#9. He is very observant

A Scorpio man is greatly observant and love only the best of everything. To keep the spark alive in your relationship and impress him, try your best to look good. Wear his favourite colour or leave your hair open, if he loves it. He is a man who would notice these little things and understand that you love him as much as he does.

No matter how tender their age, Scorpio men are always clever and far mature than most people of their age. If you are a woman who craves the companionship of a mature man, then look no further than the Scorpio. With him, you would never have to worry about speaking your mind, in fact, Scorpios love women of substance.

Recommended Read: Is Your Husband A Virgo? Here Are The 10 Traits That You Can Expect From Him

Isn’t a Scorpio man fascinating and truly charming? If your husband or boyfriend is a Scorpio and shares any of these above-mentioned traits, do tag him in the comments section below!