One of the most striking moments about Indian weddings is when the dulha rides a ghodi and makes a dashing entry to his wedding venue. It is the moment when all eyes are on the groom and the magnificently decorated white horse. In that moment, the white horse is as special and important as the groom himself.

But, after reading this, you will probably never look at that beautifully decorated white horse in an Indian wedding the same way. Maneka Gandhi in her latest column with a leading publication has brought out the ugly truth (which is cruel by all standards) behind the horses that are used in baraat. And, this is how she opens the heart-wrenching condition of these horses.

Also Read: 8 Fantastic Ways For Indian Grooms To Make A Grand Entry In Their Wedding

Every week my hospital admits a white horse that has been hit by a truck or has gone so lame that it cannot walk anymore. When doctors diagnose them they find that most of them are partially deaf and blind. Most of them die of their wounds and dehydration within a few days. These are “marriage horses. 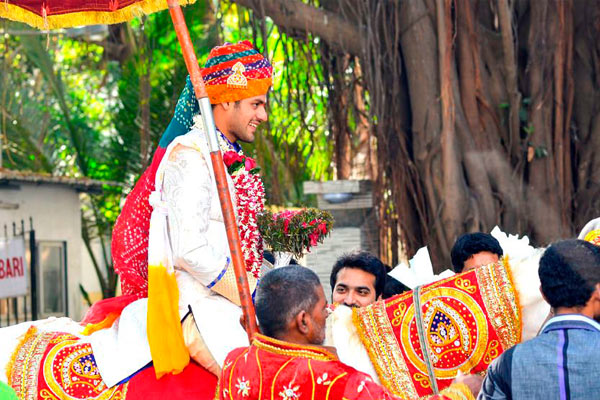 If you have ever attended a wedding from the groom’s side or have been a part of the baarat, you will know how slowly and steadily the baraat moves and how blaring the music can be. While for us humans, it may not be that big a deal because we shake a leg, having a gala time, but this becomes one torturous reality for the poor horse.

When they are rented for marriages, they are made to walk more than 30-50 kilometres to the venue – a trek that starts early morning and lasts the whole day. By evening they have reached the baraat headquarters and stand around for several hours till the groom and his party are ready to leave. The horse is then “dressed”. The saddle on the horse is a heavy throne like chair and around its forehead is decorated with all sorts of things that hang over and get into its eyes.

In a way, this is just the tormenting beginning for the horse before it eventually experiences this.

The horse is walked for another several kilometres in a slow and an extremely noisy parade and then finally, when the groom dismounts, it is taken to another wedding. By 2 am the functions and weddings of the day are over and the horse is walked back to its owner outside the city. After a few hours rest and feeding, the trek starts again the next day.

Also Read: This Couple Chose Love For Food Over Typical Romance As Their Pre-Wedding Shoot Theme

Imagine for a harmless animal to be a part of something as pious and auspicious as a wedding, does it deserve this? And if the tedious drudgery was not enough, there are these reckless and extremely drunk late-night truck drivers, who quite often, end up hitting these horses who are on their way back to the place they call their homes.

While some collapse due to exhaustion, some die on the spot or are left there to die if they have broken their legs. And some fortunate ones are brought to my hospital.The worst part of this whole thing is, most people do not even know how this whole custom started of using a horse for the groom to ride on. 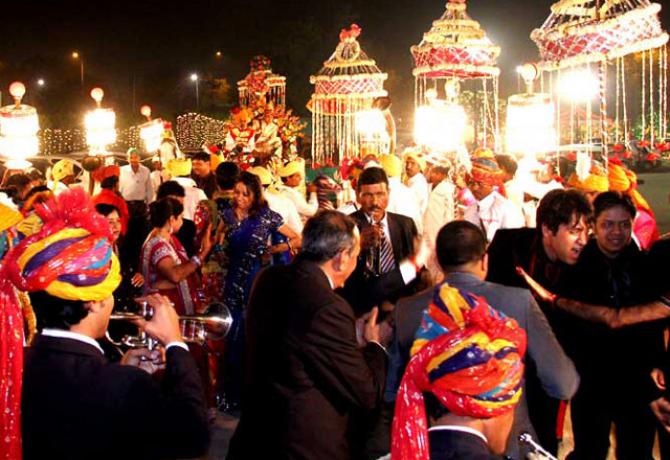 This is why horses were used in the first place.

A few hundred years ago, women used to often get kidnapped from their marriages by dacoits or members of a rival clan who would appear on horses. Many horses were kept at the marriage venues to chase the kidnappers.

But, the question is, which era are we living in and why are we even buying this so-called rational explanation? By all means, Ms Gandhi is right and logical in pointing out things like these:

How inauspicious to start a marriage with a torture of a poor female animal which has to starve, and has to go through dehydration, fatigue, noise, and physical pain. The agony of the horse is clearly shown in the enlarged eyes and wild spin of its eyeballs and the ears held erect – both of which only happen when the horse is extremely distressed. Horses are extremely allergic to noise, fire, hundreds of people crowding them and walking long distances on tarred roads. There are thirty thousand weddings a day in Delhi during the wedding season alone. There are about 300 horses. Do the math. In Mumbai, the horses are kept in south Mumbai’s Kamathipura and taken to outskirts of Mumbai about 60 km away every day.

If it is about tradition, why have things like sati, thuggee , animal sacrifice ended and widow remarriage allowed? In today’s world, people talk; rather rant about things like feminism and sexism while what’s happening to these wedding horses is not even human! Isn’t this blatant hypocrisy? And plus, do we really have the right to put another living being on such harrowing journey?

If you agree, we bet you can't argue Ms Gandhi’s conclusion.

It is now time for sensible people to call for ending this hideous and vulgar practice. Or let the bride go to the groom’s house in a palanquin carried by her brothers; an authentic and beautiful marriage tradition.

The plight of these horses is ridiculously inhuman, to say the least.

There are two kinds of marriage horses. Some are racehorses that have been kept in great comfort till they start losing races and are then sold down the line to smaller and smaller racecourses till they end up in the hands of the marriage horse suppliers. They go from good food and clean stalls to bad food and being tied up on the side of the road in a village, with no shelter tolerating the heat, rain and cold. The others are inbred because of their white colour and the females are repeatedly made to reproduce till they die of exhaustion, so that there are enough white horses in the market. Both have a terribly sad and short life.

Next Read: 'Vidaai' Song 'Meri Laado' From 'The Wedding Story' Will Make Every Bride-To-Be Cry Her Heart Out

Clearly, the state of the wedding horses is insane and unbearable and there is no reason why they should suffer any further. Now that you know what these wedding horses have to go through, will you still ride a horse on your wedding or keep quiet when someone else is doing so? Share your views in the comments section below.