Top 9 Magnificent Takeaways From The One Billion Dollar Russian Wedding

Top 9 Magnificent Takeaways From The One Billion Dollar Russian Wedding 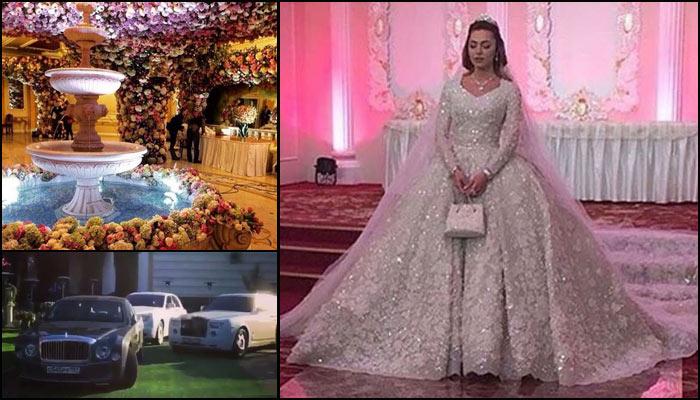 A one-billion-dollar wedding (as reported) extravaganza unveiled at one of the most lavish restaurants of Moscow that was capable of surpassing even the most spectacular and enormous Bollywood and Hollywood sets. From a gigantic nine-tier cake, diamonds, massive floral display to the stellar performances by Jennifer Lopez- this wedding had it all!

The over-the-top Russian wedding of billionaire Mikhail Gutseriev’s son, Said Gutseriev to Khadija Uzhakhovs on March 26, 2016 saw it all.

Let us have a look at the highlights of this lavish merriment that is reported to be the most expensive wedding ever! 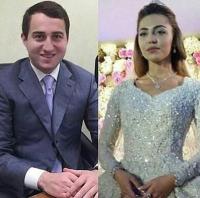 Well to get the things rolling, let us introduce you to the couple. The groom, Said Gutseriev is the 28-year-old son of oil tycoon and media magnate, Mikhaeil Gutseriev. He got his education at Harrow and Oxford in the UK. Gutseriev is working as a director for his father’s business Russneft, whereas the bride, 20-year-old Khadija Uzhakhovs, is an aspiring dentist. 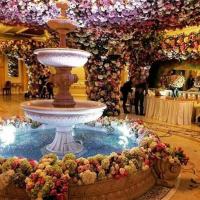 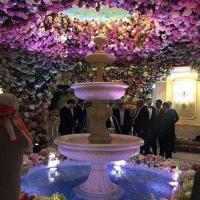 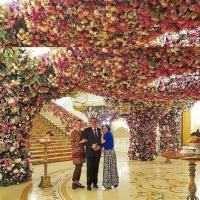 No expense was spared by the uber-rich Gutseriev when it came to selecting an ideal wedding venue for this once-in-a-lifetime pomp and celebration. The most luxurious Moscow restaurant, Safisa with a spectacular grandiose hall and lavish lawns was selected that exuded grandeur and luxury at every turn. Cocktails of lights, ornate gilt mouldings, and the magnanimous setting was indeed mind-blowing. The lavishly-done hall was largely modelled on the fresh flowers that added to the appeal of intimate environment. A plethora of flowers in colourful hues simply looked terrific that blanketed every nook and corner of the grand venue. The balconies, walls, entrance, towers or the ceiling- the floral decor looked upbeat.

You too can use flowers for a stunning wedding decor. Read how over here: 20 Unique Ways To Use Flowers For Your Wedding Decor

An important means to showcase prosperity and class; the food too was sumptuous. A variety of delicacies and the exciting blend of flavours from around the globe added to the uniqueness of the lofty wedding bonanza. And, the exquisitely fresh sushi was flown in just for the opulent event.

#4. Couture that walked the bride down the aisle 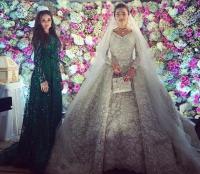 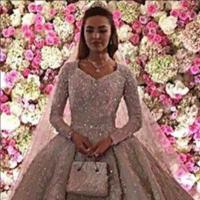 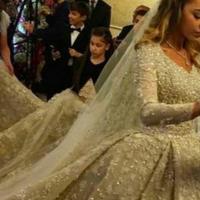 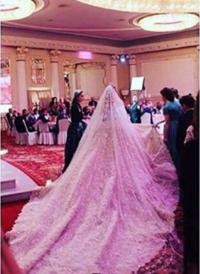 When the eyes of the whole world are on you, it cannot be any less than the best. The heavily embellished gown from the house of top designer Elie Saab was estimated to cost at least $1 million. It was a unique and sartorial selection, and perfectly suited the bride’s status. The full-sleeved fairytale wedding dress had an eye-catching skirt area adorned with heavy embellishments. No wonder, the stupendous dress will spark thousands of imitations.

Did she stun you? Well, another big, fat Chinese wedding will leave you spellbound. Read: This Lavish Wedding Of The Chinese Kim Kardashian Cost A Whopping $31 Million! 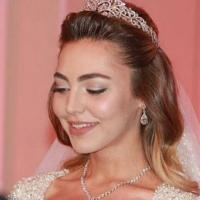 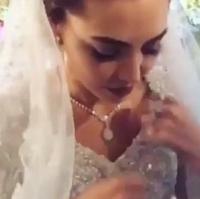 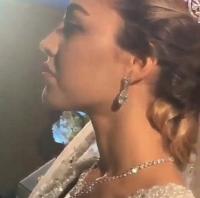 What completed the princess’s look was the wonderful assortment of jewellery with a classic touch. The bride looked radiant in a beautiful tiara, diamond drop earrings and necklace. Bracelets on both the wrists also wowed the crowd. She was also seen wearing an elaborate floral finger ring that formed the part of the much-talked-about bridal jewellery suite.

Recommended Read: The Lavish Gifts This Pune Groom Received Will Surely Blow Your Mind Away

Gutseriev left no stones unturned to make sure the guests had an absolute blast. Jennifer Lopez performing throughout the evening was an added element of surprise to the party. The sultry singer not only made the event reverberate with 440 watts of energy, but also made the mega-marriage an affair to remember. Sting was also available who performed in honour of the couple. Singer Enrique Iglesias was also reported to be there who hobnobbed with the guests comfortably. 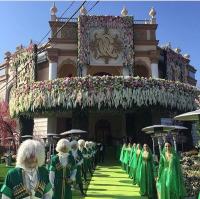 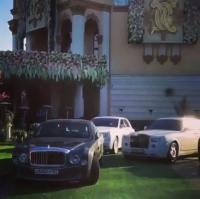 At the beginning of the couple’s new journey together, the guests were not able to tear their eyes away from the ostentatious car-display outside the venue. The parade of Rolls-Royces, Bentleys and other top-end cars on the lawn was another key part of this gala. These classics will forever be etched on the memories of their guests. Another noticeable part of the event was the lovely gesture by the groom’s father who had personally greeted the guests as they arrived, including the president of Ingushetia. And, you will be amazed to know that there were hired actors in traditional dress who flanked the venue’s grand entrance. The marriage was the talk of the town for all the good reasons, but the firework display was a sight to behold. It was awesome for the gathering to be greeted by the magnificent airborne fireworks and sparklers in the sky. This video posted on Instagram will make your eyes pop out even further.

#8. Cake or a glamorous showpiece? 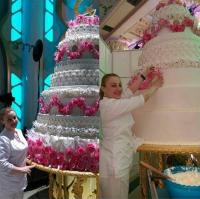 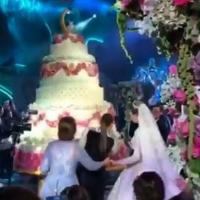 Why do we say so? Well, because it was no ordinary confectionary delight to relish on. It was a nine-tiered architectural creation, almost twice as tall as the newly-weds that made their big day even ‘bigger’. While there was the white icing on the cake, fresh flower garlands were the proverbial ‘icing on the cake’. The dessert required several hands to be moved and taken care of. 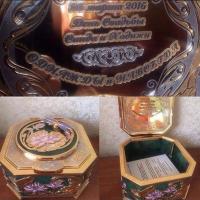 Gutseriev wowed his guests with an unforgettable and out-of-the-box wedding favour. To commemorate the new union, friends and family were presented with gold boxes inscribed with the couple’s names and date of marriage.

BollywoodShaadis truly wishes the couple to have their marital journey ahead as magnificent as their wedding. Many heartfelt congratulations to the lovely bride and the handsome groom! 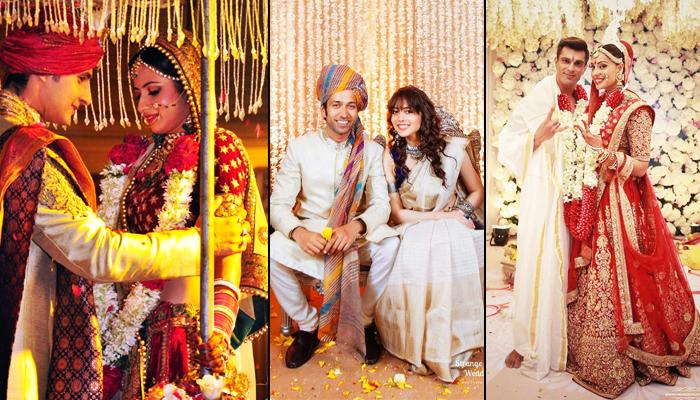 The past few years have seen many big fat weddings from the showbiz. As the big names from your favourite TV serials got hitched like kings and queens, it made big stories. Did all of these stories reach you? Recommended Read: 17 Bollywood And Television Celebrity Couples Who Had Stunning Destination Weddings Here