Popular singer, Tony Kakkar shared a cutesy video of him dancing with his father, Rishikesh Kakkar on the song, 'Badan pe sitare' is the sweetest thing on the internet today. Take a look!

Tony Kakkar is one of the most loved music composers and singers of the music industry. The young singer, who has given so many party songs and romantic chartbusters to the people, is famous for his humble and media-shy nature. Atop he is also a complete family person, as we have seen him spending time with his family and sharing glimpses of the same on his Instagram handles. Tony Kakkar’s doting sister, Sonu and Neha Kakkar had also appreciated their loving brother for his constant support throughout their life since childhood. (Recommended Read: Vivek Dahiya Shares A Glimpse Of His Precious Gift To Divyanka Tripathi On Their 4th Anniversary)

This time around the doting son, Tony Kakkar has shared a dance video with his father, Rishikesh Kakkar as they grooved on an iconic song. Please scroll down to see the adorable video! 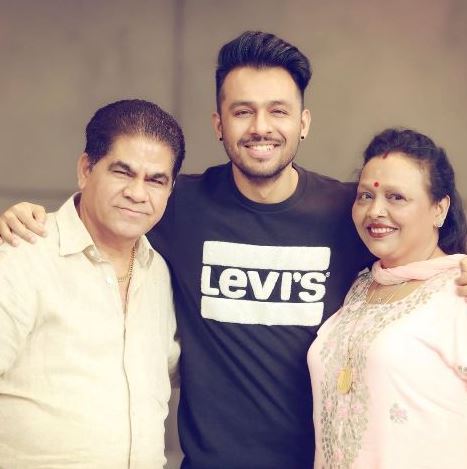 On July 10, 2020, Goa Wale Beech Pe and Coca Cola Tu fame singer, Tony Kakkar took to his Instagram handle and posted an adorable video of him shaking a leg with his father, Rishikesh Kakkar. The father-son duo can be seen dancing on the iconic song and his father, Rishikesh ji’s favourite song, Badan pe sitare lapeete hue. Both of them are looking adorable in the video as right before the end of the video, both of them gave a peck of love on each other’s cheeks. Along with the video, Tony wrote a caption, and it can be read as “Dancing with papa to one of his favourite songs and making the best of this time at home. There could not have been a better gift for my dad.” Take a look!

In a lot of interviews and media interactions, Tony Kakkar had talked about the kind of respect and love he has for his parents because of their humble beginnings. In an interview with Bombay Times, the singer had talked about the struggles that his family had faced when they had shifted from Rishikesh to Delhi in the 90s. And, in order to ease some pressure from the shoulders of their doting parents, he and his sister, Neha Kakkar had started singing bhajans in jagratas. But it was their parents, who had encouraged both of them to be what they want to be. (Don't Miss: Angad Bedi Reveals The Secret To His Happy Marriage With Neha, His Answer Is Every Man's Story) The doting son is also a doting brother to his popular singer sister, Neha Kakkar and has showered love and respect on her on a lot of occasions. Last year, when Neha Kakkar had turned 31, Tony Kakkar had shared a picture with his sister from the griha pravesh ceremony of their new home to wish his choti pagli on her birthday. Tony had written, “Happy Birthday my star @nehakakkar I love you more than coffee nehuuuuuu Samjhi na meri choti pagli.. Mera beta.. #NehaKakkar #TonyKakkar.” While Sonu Kakkar is married and Neha Kakkar had hit the headlines for her link-up rumours, Tony Kakkar had escaped the speculations regarding his personal life quite well. On December 2019, Tony, in an IG post, had revealed who his ‘dream girl’ is. Posting a picture from her day trip with brother, Tony, when Neha had written, “For me, living the good life is getting to hang with this cutie here @tonykakkar He‘s my friend more than an older brother yaar, so these day trips with him are super fun.” Tony had answered the question of who his ‘dream girl’ is and had commented, “People ask me who is my dream girl... Look she is with me #bestsisterintheworld.” Check out! (Also Read: Siddhant Chaturvedi Reveals His Dad Was In Tears On Seeing His Portrayal Of 'MC Sher' In 'Gully Boy') 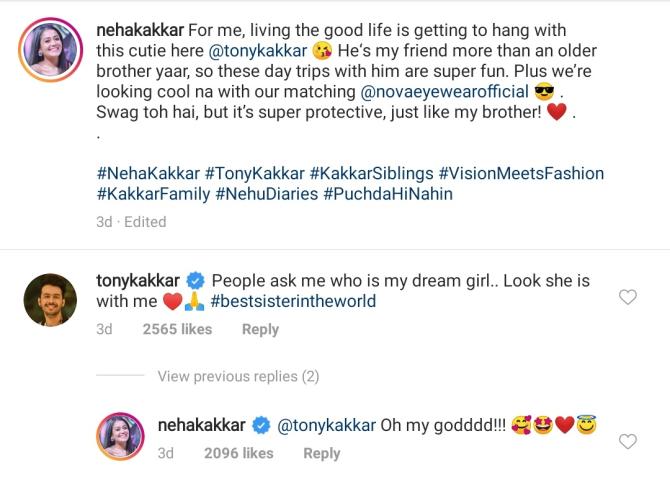 Do you like Tony and his father’s dance video? Let us know! 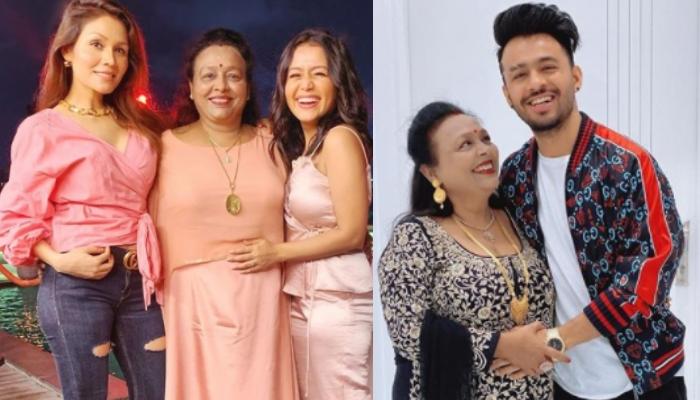 The proudest moment for any parent is when they are regarded with their child's name. Parents work so hard all their lives to create an environment beneficial for their child, which helps him/her shape into wonderful individuals. Being grateful every day won't be enough for the sacrifices our parents have