In an interview, Harshvardhan Kapoor shared his feelings on his sibling, Sonam Kapoor's pregnancy and mentioned that he is not good with kids. Read on to know more!

Bollywood actor, Anil Kapoor and his wife, Sunita Kapoor are blessed with three beautiful kids, Sonam Kapoor Ahuja, Rhea Kapoor Boolani and Harshvardhan Kapoor. All the three celeb kids have followed in their father's footsteps and have already entered the entertainment industry. While Sonam has already made her mark with her stellar acting skills and sartorial fashion, Rhea is a well-known film producer. On the other hand, Harshvardhan stepped into Bollywood in 2015, and since then, he has been given one after another successful film.

Apart from their professional lives, Sonam Kapoor Ahuja, Rhea Kapoor Boolani and Harshavardhan Kapoor are also looked at for their love and dedication to each other. Glimpses are found on their respective social media handles. Whether promoting each other's projects or taking a stand against the trolls, the Kapoor siblings have always proven to be each other’s pillar of strength.

'Sonam And Rhea Sometimes Cut It Off Even Before It Ignites', Harsh Varrdhan Kapoor On His Love Life

Recommended Read: Kareena Kapoor Posts A Cute Picture Cuddling Her 'Jeh Baba' Under A Rainbow On Their London Vacation Currently, the Kapoor family is brimming with joy since they have got to know about Sonam Kapoor Ahuja's pregnancy news with her husband, Anand Ahuja. In an interview with Etimes, Harshvardhan Kapoor was asked about the same, and he revealed his excitement to be a mamu. He prayed for a normal delivery and Sonam's health. However, he also mentioned that he isn't good with kids, thus it would be a new experience for all of them. In his words:

"I am excited. Let’s just hope that the delivery is normal and Sonam is okay. Honestly speaking, I am not good with kids. It is a new experience for all of us." 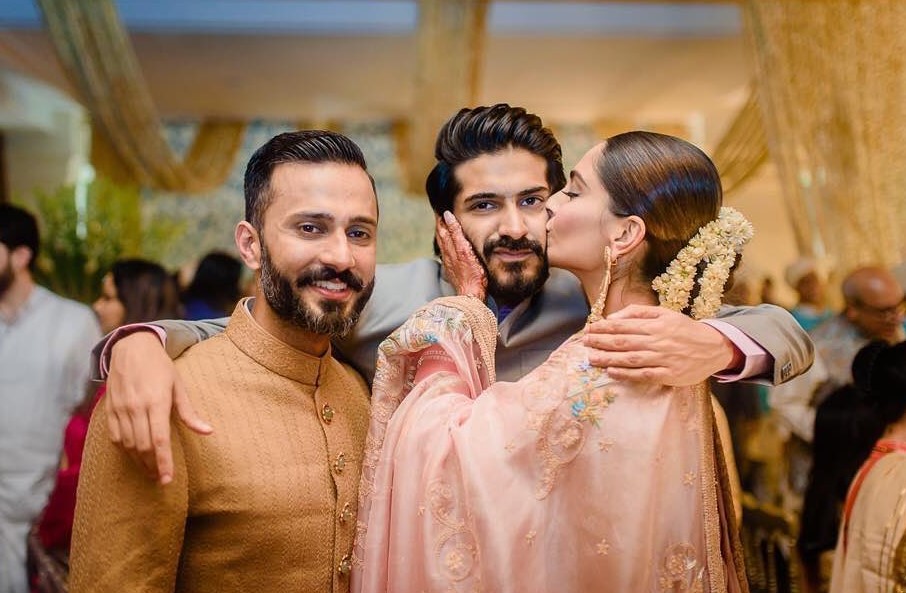 Earlier, in an interview with India Today, Harshvardhan had opened up about his sibling, Sonam's pregnancy. He had shared that though everyone wants to share happiness, it's also a very intimate and personal experience. Thus, he had requested to maintain privacy from everyone and had mentioned:

“Everybody wants to share that happiness. But also, I think it's a very intimate and personal experience for the two people and it would also be important to respect their privacy in a way. I think when you love someone and they're producing someone that you love, it's kind of sacred. It's not to prove anything to anybody or it's not for the world. It's for you. So, it would be nice to kind of give them that space as well.” 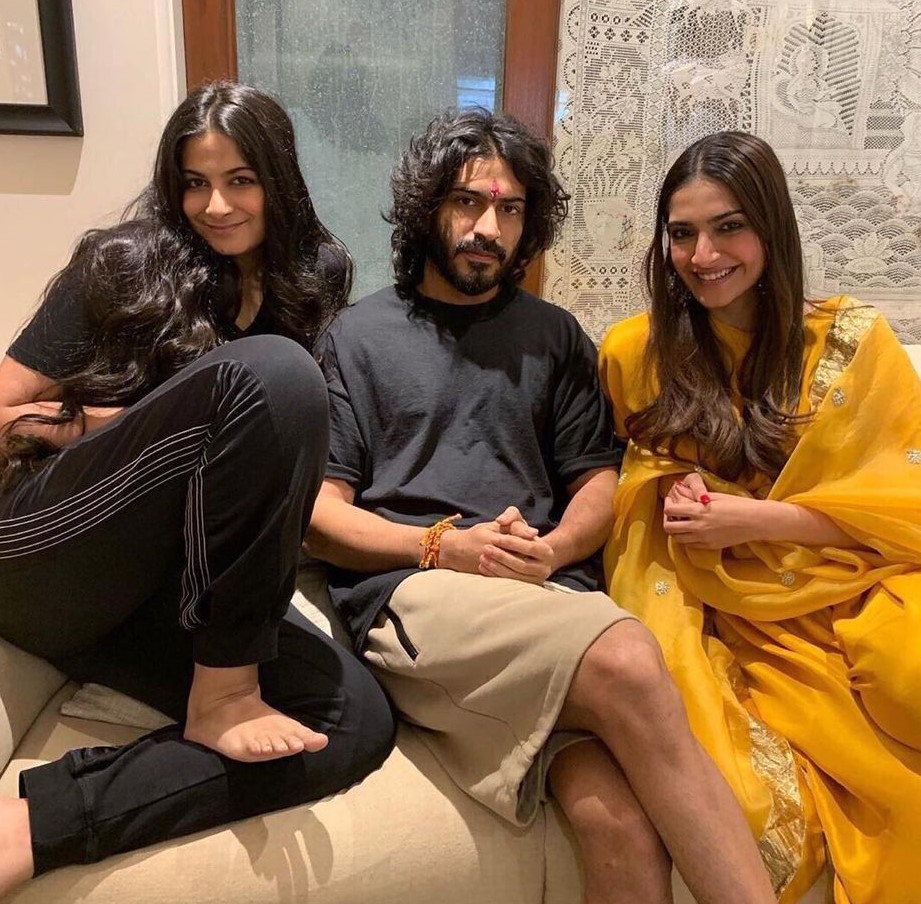 Harshvardhan is the kind of brother, who even after pestering and teasing his sisters, is ready to gamble even his life for them. A while back, Harshvardhan had taken the internet by storm when he had shared his sizzling hot pictures with his sisters, Rhea and Sonam's names tattooed on his back. He had shared a black and white picture of himself, flaunting his tattoos with the caption: 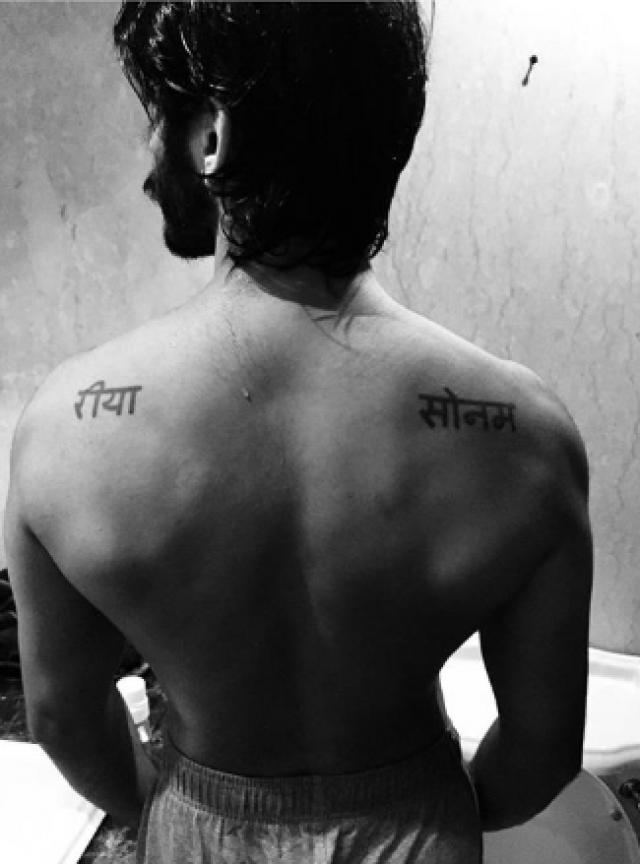 What do you think about the to-be-mamu's excitement? Let us know! 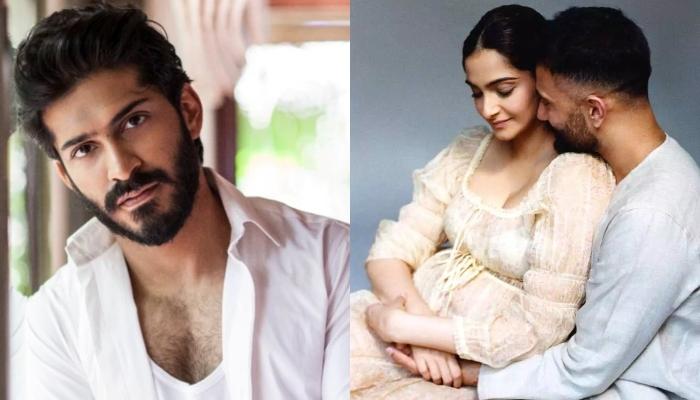 Bollywood actress, Sonam Kapoor Ahuja and her hubby, Anand Ahuja are going to embrace parenthood for the first time, and the expecting couple is leaving no stones unturned to enjoy their pregnancy phase to the fullest. From flaunting her maternity dresses to sharing glimpses of her pregnancy cravings, Sonam is

'Sonam And Rhea Sometimes Cut It Off Even Before It Ignites', Harsh Varrdhan Kapoor On His Love Life