'Ek Bhram...Sarvagun Sampanna' actress, Tina Philip got engaged to her prince charming Nikhil Sharma in a private ceremony on August 4, 2019. The actress herself shared the pictures of the ceremony. 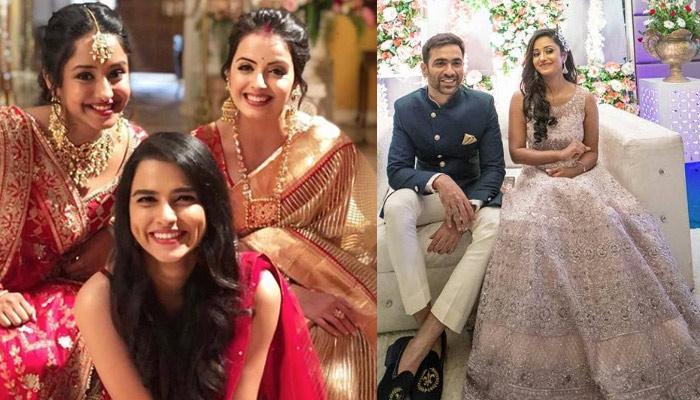 Good news is raining in the Tinseltown! While we are still left with the last quarter of the year, we have a long list (like a literally long one!) of our favourite celebrities tying the knot or making their relationship official or for that matter, entering the parents’ union for the first time or the second. One of our favourite television actresses who has found love and is all sorted in her personal life has taken a step ahead into her relationship. The mention is of none other than Ek Bhram...Sarvagun Sampanna actress, Tina Philip.

Tina Philip has found love in Nikhil Sharma and the two are head over heels in love with another, and so they had decided on forever. A few days back, she herself had talked about her then soon-to-happen-engagement and also revealed the scoops about Nikhil, who according to her, is an honest guy having a great sense of humour. In her own words, “Nikhil is honest and has an amazing sense of humour. There is no pretence when it comes to him. He is family-oriented, loyal and supportive.” (You May Like: Vishal Aditya's Special Gesture For Madhurima Makes Us Wonder If They Are A Couple Again [VIDEO]) 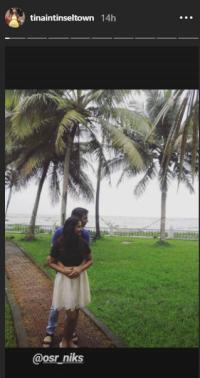 Today, on August 10, 2019, Tina took to her official Instagram handle and shared the good news of her engagement (which happened on August 4, 2019). Sharing a lovely picture with the love of her life from their engagement ceremony, Tina captioned the post as, “Got a piece of jewellery I'll never take off! Engaged to my soulmate”, followed by a ring emoji. Sharing another picture from the ceremony, she worded the post as “And so the adventure begins.” She also took to her Instagram stories and shared a few more pictures from the do. Take a look at all the pictures right here: 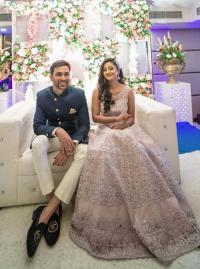 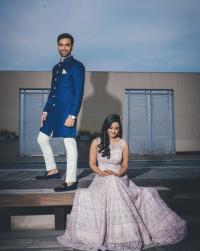 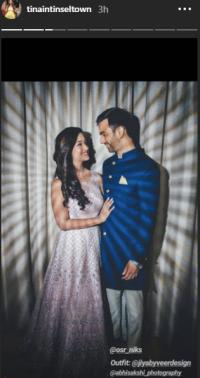 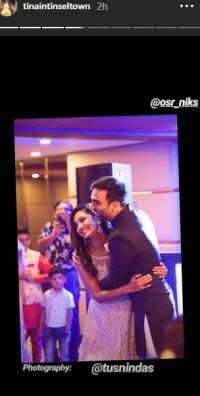 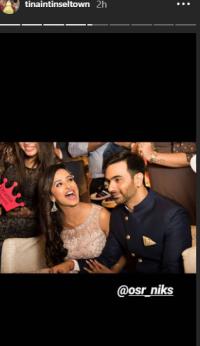 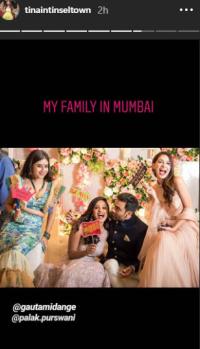 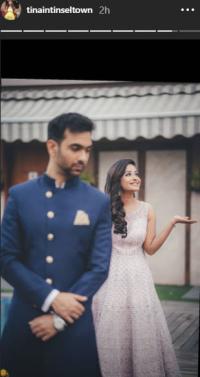 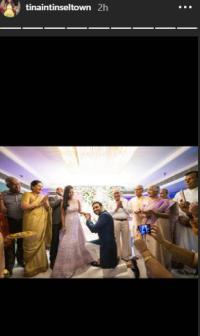 In an interview with The Times of India, Tina Philip had earlier shared that her parents reside in the UK and they will reach India soon for her engagement. She had informed the media portal, “My parents, who are based in the UK, will reach on August 1. We plan to get married early next year, and it will mostly be a destination wedding.” (Also Read: Sharad Malhotra Celebrates His 'Darling Wifey' Ripci Malhotra's Birthday In Switzerland, Pics Inside) 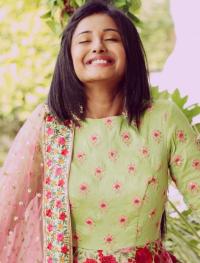 Tina Philip, in the same interview, also revealed how she fell in love with her reel-life sibling, Nikhil Sharma. She had stated, “In my defence, we barely had scenes together because he shot on another set. During the only scene that we shot together, he had to lift me after I fainted. Though it wasn’t mentioned in the script, he kissed me on my forehead. I was in utter shock (laughs!). Having said that, I, too played a prank on him on the first day of his shoot; he had joined the show midway. However, he took it really well. I fell for his simplicity and sense of humour.” 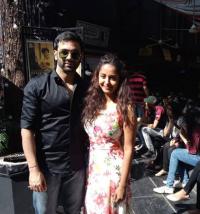 When she was further probed to tell the moment when she had realised that Nikhil is the one for him, she had answered, “Tina is a pure soul and has a beautiful heart. Mujhe logo ki pehchaan ho jaati hai and I realised that she is the one for me.” In the same interaction she had also gone on to reveal the entire detail about her love story with Nikhil. The actress had stated, “I was quite upset when 'EAAB' ended, as it was my first show. Nikhil ne mujhe sahaara diya aur maine phir usko pakad liya hamesha ke liye. Jokes aside, we weren’t dating during the course of the show. Love blossomed months after it ended.” (Checkout: Arjun Rampal's GF, Gabriella Shares A First Proper Full-Length Side Glimpse Of Son, Arik Rampal)

Tina had further quipped, “We stayed in touch and one day, he asked me out for a film. I had already watched it but decided to accompany him. Later, I learnt that he, too, had already watched it. He just wanted us to spend some time together. Tired of chasing and wooing me for four months, he directly proposed marriage to me. I refused, as I wanted to go for an arranged match. But as they say, the best things are unplanned. I met his family last year on Diwali and fell in love with them. What I like about him and his family is that all 33 members stay together in one house, which is rare in today’s day and age. They are so loving and despite coming from two different cultures, religions and even countries, our families have supported us from day one.” (Do Read: Kareena Kapoor Khan Video Calls Her Son, Taimur Ali Khan On The Sets Of 'Dance India Dance)

Congratulations Tina and Nikhil on your engagement!