He may have lost the first rank of the Union Public Service Commission (UPSC) examination in 2015 to her, but he clearly won her heart. Shunning the inter-faith taboos, IAS toppers Tina Dabi and Athar Aamir- ul-Shafi Khan became husband and wife in an idyllic locale in the Valley. To solemnise their relationship, the lovebirds chose Kashmir’s picturesque, Pahalgam as their wedding venue.

Announcing her wedding to the love of her life, Tina tweeted, “I’d like to talk to you about our wedding. Athar and I got married on 20th March by in Jaipur by Collector Shri Siddharth Mahajan. Then we planned two wedding celebrations. The Kashmir celebration happened recently. The Delhi wedding celebration will be held on 14th April.” (Also Read: Bride Clicked Her Own Pre-Wedding And Wedding Pictures, It's Surprising How She Did It) 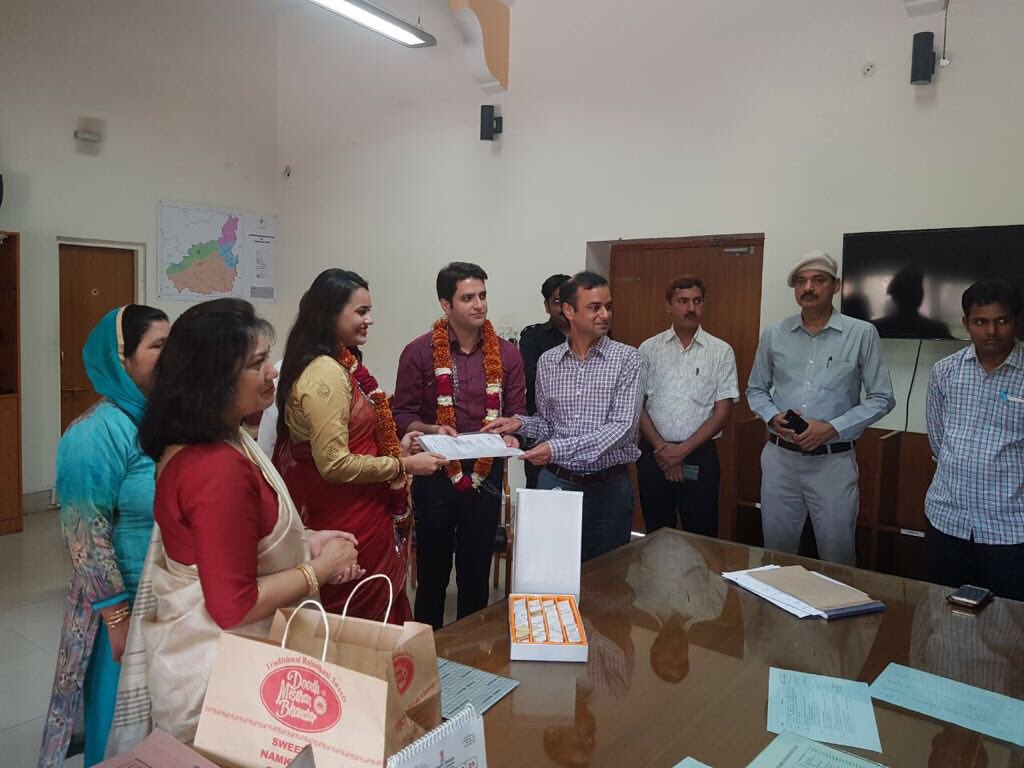 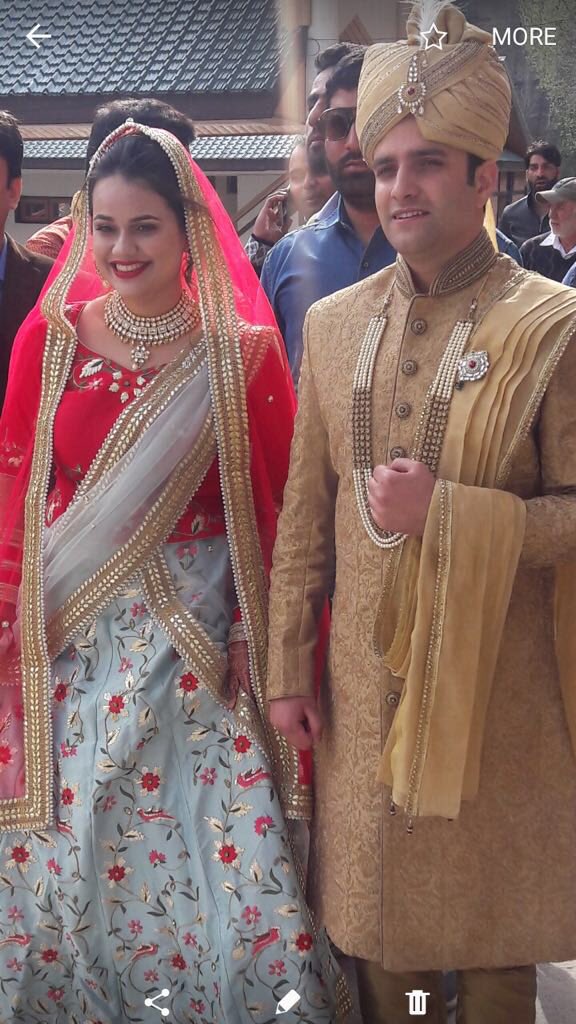 While Tina is from Delhi, her hubby, Athar Amir hails from Jammu and Kashmir. Tina with her parents and relatives flew to Pahalgam for the wedding celebrations that was hosted by the groom’s side. For their court wedding in Jaipur, Tina looked beautiful in a red saree with a full-sleeved golden blouse. Athar opted for a maroon shirt with black pants. For their wedding ceremony in Pahalgam, bride Tina looked resplendent in a flower printed red and grey lehenga and she completed her look with minimal jewellery and makeup. Complementing his bride, the groom looked dashing in golden sherwani and pagdi. (Also Read: Her Lehenga In Mehendi Surprised Us, But When We Saw Her Wedding Lehenga We Were Shocked) 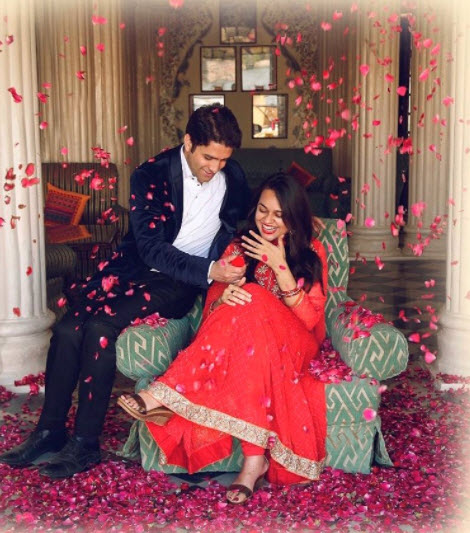 For the uninitiated ones, Tina met Athar for the first time at the Department of Personnel and Training (DoPT) office in North Block for a felicitation function on May 11, 2015. It was a love at first sight for them. They fell in love with each other, and Tina was floored by Athar’s wit and charm. Once in an interview, Tina said, “It was a love-at-first-sight. We met in the morning and by evening Aamir was at my door.” (Also Read: This Bride Ditched The Usual Kaliras And Wore Kaliras Made Of Real Flowers On Her Wedding) 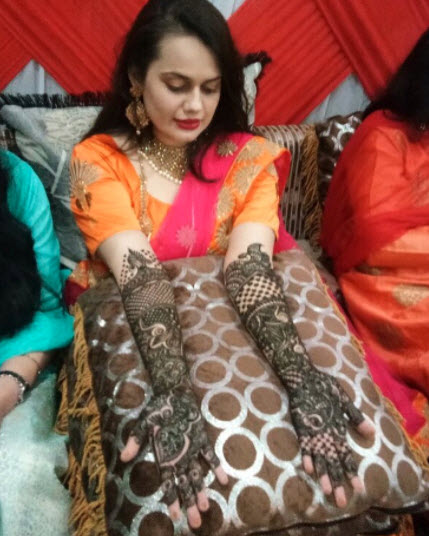 While many supported the couple for taking a stand against and courage for an inter-religion marriage, some tried to stop their marriage. A right-wing Hindu nationalist political party in India, Akhil Bharatiya Hindu Mahasabha called Tina and Athar’s relationship and union, ‘Love Jihad’ which is an alleged trend of Muslim boys tricking in non-Muslim girls into marriage. But no objections or obstacles were big enough for the much-in-love couple to call off their wedding. (Also Read: Pakistani Journalist Covers His Own Wedding For A News Channel And The Video Is Going Viral!) 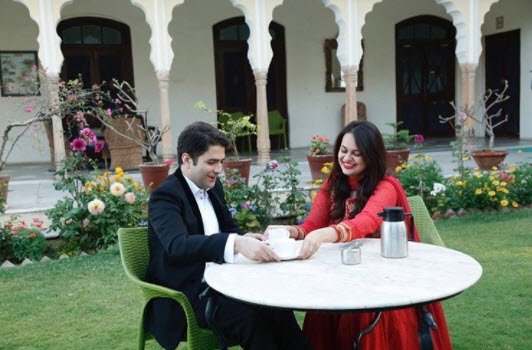 Congress President Rahul Gandhi congratulated the couple on their wedding and he hopes, in the age of growing intolerance and communal hatred, Athar and Tina become an inspiration to everyone. Rahul Gandhi tweeted, “Congratulations Tina Dabi and Athar Amir-ul-Shafi, IAS toppers, batch of 2015, on your wedding! May your love grow from strength to strength and may you be an inspiration to all Indians in this age of growing intolerance and communal hatred. God bless you.” (Also Read: Pics Of Big Fat Jodhpur Wedding Captured On iPhone X Are Stunning; Better Than DSLR Camera Shots) 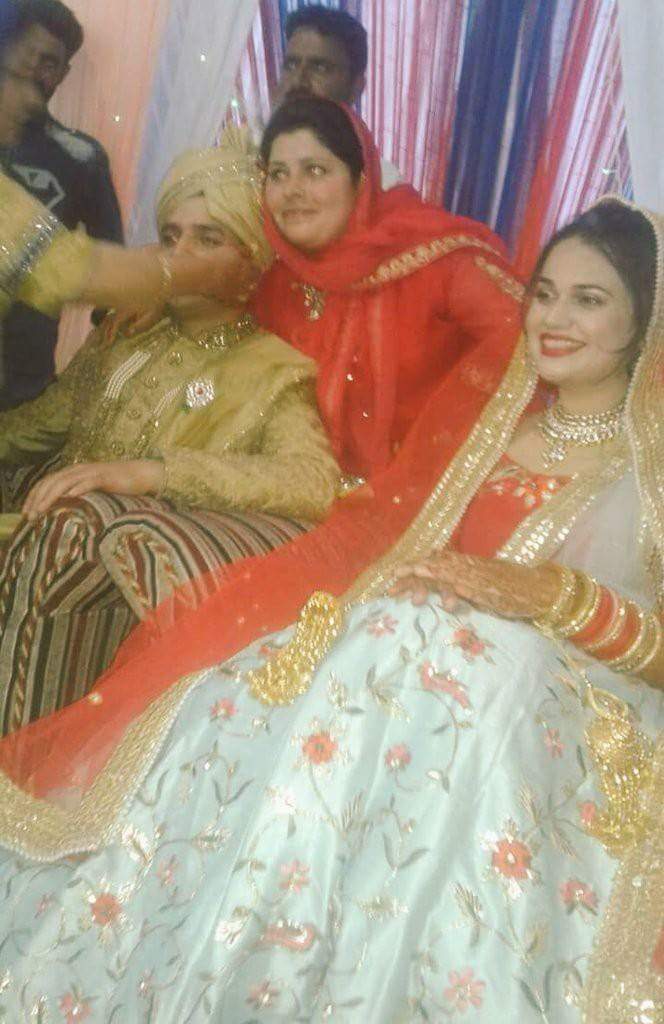 Next Read: Kareena Kapoor Khan Has Already Chosen A Profession For Taimur Ali Khan, And It Is Not Acting