Tiger Shroff's father, Jackie Shroff is going to play the role of his on-screen father in this upcoming film. 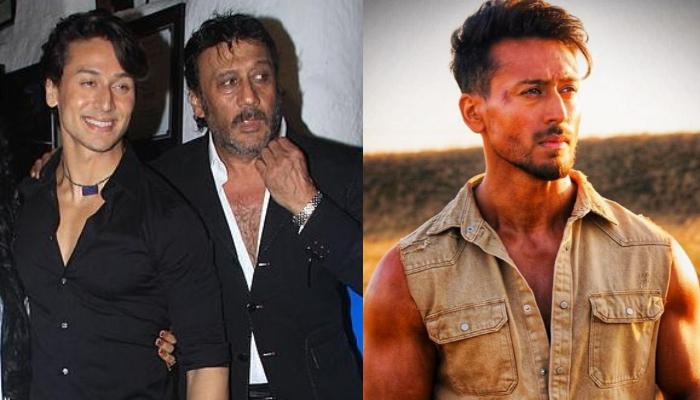 Bollywood is filled with great actors but then there are some, who are way ahead of their time and have a golden future. No wonder, after some years down the line, the younger generation of actors is going to rule the Bollywood industry by their charm and talent. People often say that Varun Dhawan is the heir of Salman Khan, Ranbir Kapoor is the heir of Shah Rukh Khan, Rajkumar Rao is the heir of Aamir Khan, Ayushmann Khurrana is the heir of Akshay Kumar, and Tiger Shroff is the heir of Hrithik Roshan. There’s no denying the fact that different people will have different heirs in their respective minds. However, it’s hard to think of any other actor instead of Tiger Shroff when we talk about Hrithik Roshan. The actor made his debut back in 2014 with the film, Heropanti and since then, there’s no way back for the actor. (Recommended Read: Shivangi Joshi's Nani Showers Blessings On Her Beau Mohsin Khan On 'Yeh Rishta Kya Kehlata Hai' Sets)

Now, after all these years, Tiger has maintained the stardom of his own and all credit goes to his exceptional hard work both in terms of physique, dance, and above all acting. Tiger has also transformed his image from being a chocolate boy to action hero after his thrilling stunts in Baaghi, Baaghi 2, and WAR. Now, as we all know that director, Ahmed Khan is coming up with Baaghi 3 and there's no wonder that this film is going to bring this Baaghi franchise to a whole new level. 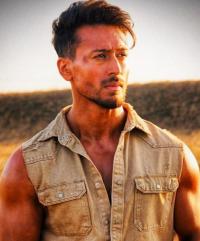 The reason why the film is in buzz all of a sudden is the fact that Ahmed Khan has cast the veteran actor, Jackie Shroff to portray the role of Tiger’s on-screen father in Baaghi 3. The news broke like a wildfire on the internet and the netizens showed their approval in seconds on the social media. The news has been revealed by the film’s producer, Sajid Nadiadwala in a conversation with the PTI. Sajid revealed, “Everyone has been waiting to see Tiger team up with his 'Hero' father Jackie since we launched him. There has been plenty of speculation and no one has been able to bring them together in the last six years as the duo was categorical they would only share the screen when a film and role merited their presence. Ahmed and I feel the storyline required Jackie to be a part of the film and I believe our visions matched to understand how it's a pivotal role in the film.” (Don't Miss: Karanvir Bohra Shares A Heartmelting Birthday Wish For The 'Love Of His Life', Teejay Sidhu)

Sajid Nadiadwala stressed on the fact that public is asking for this thing since a very long time but it’s not a move just for the sake of buzz only, as it’s the right time. Sajid further added into his statement to PTI that, “I am confident no one will be disappointed by this double dose of Shroffs and will stand as a strong USP.” There’s no denying the fact it is going to be an emotional moment for Jackie Shroff to see his beloved son, Tiger standing right in front of him and acting in a movie together. However, not many people know this but Tiger Shroff is extremely close to his dad, Jackie and had revealed in an interview with the Hindustan Times that, “His words of wisdom have been my guiding force. He told me, ‘Listen more and speak less’. There are many other things that he has told me and all of them have helped me sail through.” 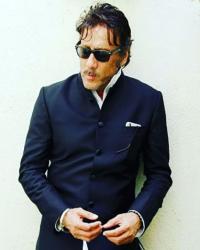 In an interview with The Statesman, Jackie Shroff had revealed that he’s happy and proud of his son’s work. He had stated, “I am happy to see my boy excel in dancing, fighting, have a great physique and also have an intense emotionality. He has developed the art of beautifully handling emotions. I think he frowns as I do! There’s something about him that resembles me when he frowns, his eyes maybe.” No wonder, we all are buzzing by the thought of seeing the two Shroffs together on the big screen right now and waiting patiently for the release of Baaghi 3 is going to be a tough one for all of us. (Also Read: Ayushmann Khurrana Reveals His Parents' Reaction On His Gay Character In Shubh Mangal Zyada Saavdhan)

Are you excited to see Tiger and Jackie Shroff together in Baaghi 3?