Throwback picture of Rajesh Khanna with Dimple Kapadia and Twinkle Khanna from their pool outing gives a glimpse of their happier lives.

The undisputed king of romance, Rajesh Khanna had broken million hearts when he got married to the stunning Dimple Kapadia in March 1973. When Rajesh had met Dimple for the first time, he was completely smitten by her beauty and had proposed her. Dimple was a huge fan of Rajesh Khanna and didn’t think twice before accepting his proposal. She was just 16 when she tied the knot with him, who was 15 years elder to her. On December 29, 1973, Rajesh and Dimple had embraced parenthood and had welcomed their daughter, Twinkle Khanna. And in 1977, they had welcomed their second daughter, Rinke Khanna.

When Rajesh’s career was falling apart, his personal life too got affected. Besides many attempts, Dimple couldn’t mend her failing marriage and as a result, she had left him in 1984. For those who don't know, Rajesh Khanna had madly loved his daughters, Twinkle Khanna and Rinke Khanna and they were the only reason why he had never divorced Dimple Kapadia. But despite all the ups and downs, Dimple and Rajesh maintained an amicable relationship for the sake of their children. 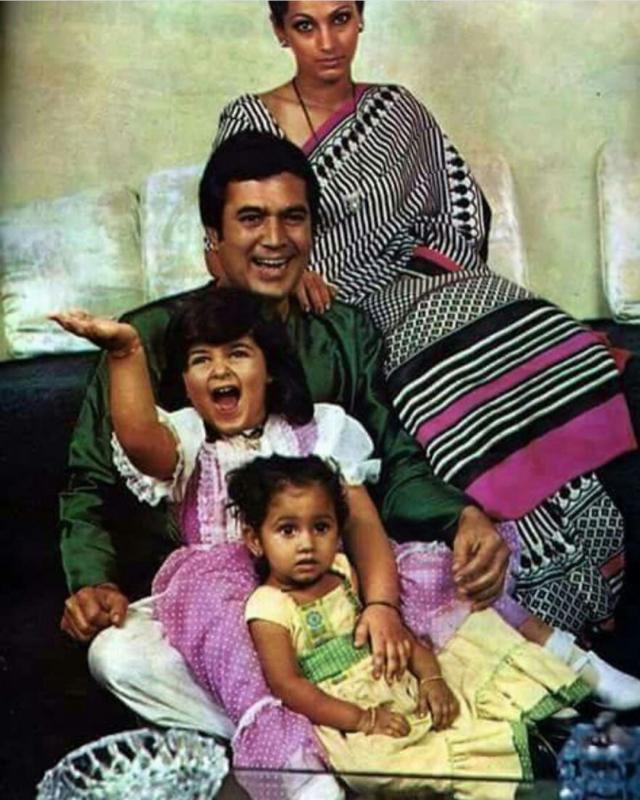 We recently stumbled upon a throwback picture of Rajesh Khanna and Dimple Kapadia from their happier times. In the picture, Rajesh and Dimple were seen enjoying a pool outing with their daughter, Twinkle Khanna. Twinkle looked cute as a cupcake in her pink swimsuit, while Dimple looked stunning in her black monokini as she curled Twinkle in her arms. On the other hand, Kaka enjoyed the happy moment while smiling at them from the pool. 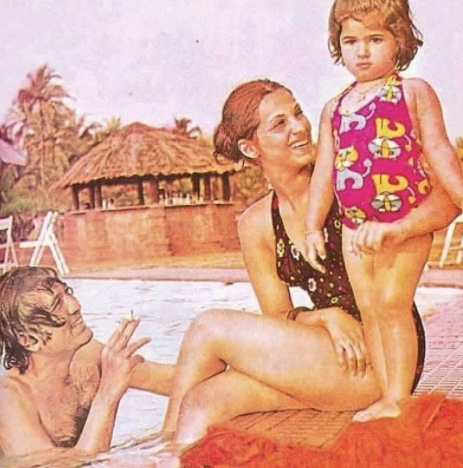 Do you know that Twinkle shares her birthday with her superstar daddy? Yes, it was on Rajesh Khanna’s 31st birthday, when Dimple had given him the sweetest gift in the form of their baby girl, Twinkle. Sometime back, we got our hands on a throwback picture of Twinkle, moments after she was born. In the picture, Rajesh Khanna had held their newborn baby girl, Twinkle in his arms, while Dimple had lovingly looked at him. The picture was published in a newspaper article, where it was mentioned that Rajesh Khanna and Dimple Kapadia’s baby girl, Twinkle was born in Jaslok Hospital and had weighed seven pounds.

Recommended Read: Sunny Deol And Dimple Kapadia's Rumoured Extra-Marital Affair Is Not Over Even After Almost 40 Years 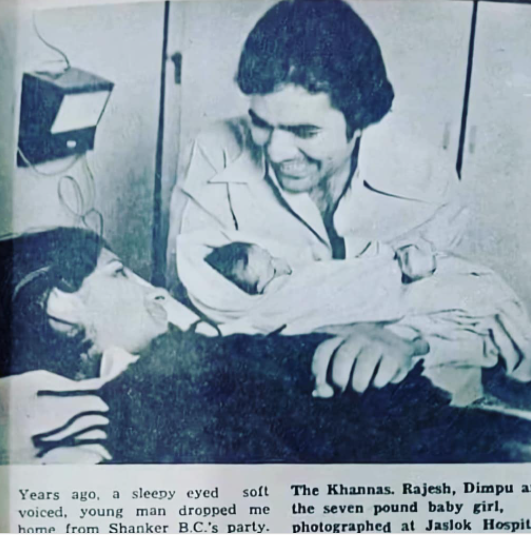 Twinkle loves sharing throwback memories from her archives. On April 9, 2021, Twinkle had taken to her IG handle and had shared a monochrome picture with her mother, Dimple and sister, Rinke. As Rinke rested herself on her mommy’s lap, Twinkle was seen laughing her heart out. Twinkle, who is also known as 'Mrs Funnybones' had captioned the picture as “A penchant for cracking up prevents you from breaking down. #FamilyMotto #crackpots.” Twinkle Khanna had followed the footsteps of her star parents and had made her debut in the film industry with Barsaat. But after a brief stint in acting, this gorgeous woman had decided that acting was not her cup of tea and had shifted towards her passion for writing. Twinkle is an author, columnist, interior designer, and film producer. Twinkle got married to the handsome hunk of Bollywood, Akshay Kumar in 2001 in a private ceremony. The couple has two lovely children, Aarav and Nitara. 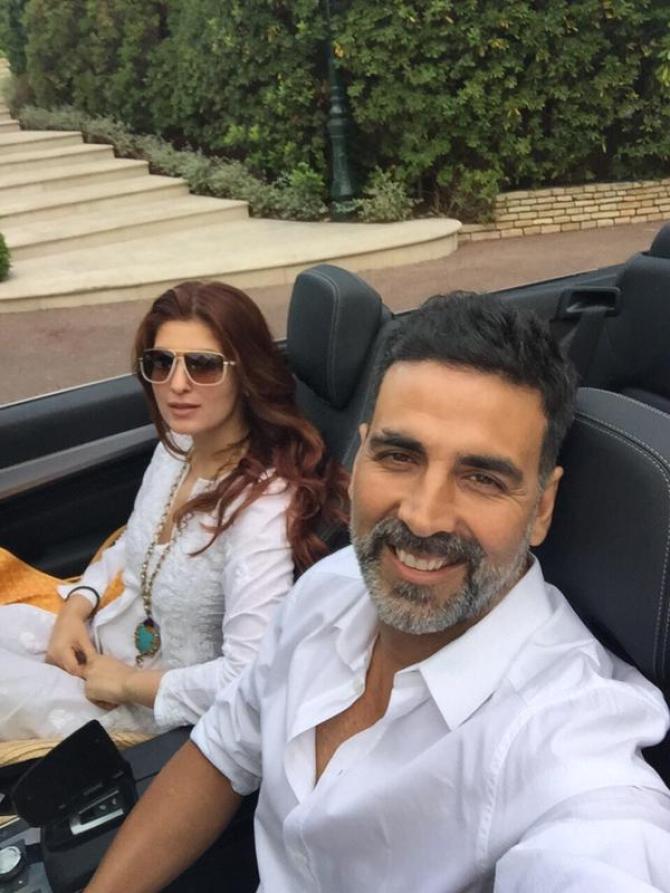 What do you think about Rajesh Khanna’s picture from their happier times? Let us know.

NEXT READ: Lesser-Known Facts About Bobby Deol's Wife, Tanya Deol, Who Belongs To A Multi-Millionaire Family