Bollywood has always been blamed for nepotism. The Kapoors, the Khans, the Bachchans, every successful Bollywood family has passed on the legacy of acting to their kids and grand-kids. Ever since actress, Kangana Ranaut had called ace director, Karan Johar, a movie mafia and flag bearer of nepotism, the debate about nepotism has lasted the longest! Every now and then star kids are blamed to be a product of nepotism without being given a chance to prove their mettle. (Also read: A Sneak Peek Into Saif Ali Khan's Royal Collection Of Watches, He Changes His Watches Thrice A Day)

Many Bollywood stars belong to an affluent and influential filmy family. Ranbir Kapoor, Alia Bhatt, Sonam Kapoor, Kareena Kapoor Khan, Saif Ali Khan, even the young brigade of Bollywood like Janhvi Kapoor, Ananya Pandey, Ishaan Khatter, Tiger Shroff; they all belong to a filmy family, increasing their chances to have a bright future in Bollywood, as rightly said by Gully Boy actor, Siddhant Chaturvedi “Jahaan humaare sapne poore hote hai, waha inke struggle shuru hote hai”. Even Shah Rukh Khan’s son Aryan had made appearances in videos and film Kabhie Khushi Kabhi Gham in his childhood. So, it should not come as shock to you, if you see Ranbir, Sonam, and Tiger in a patriotic video with their dads, back in 1993. 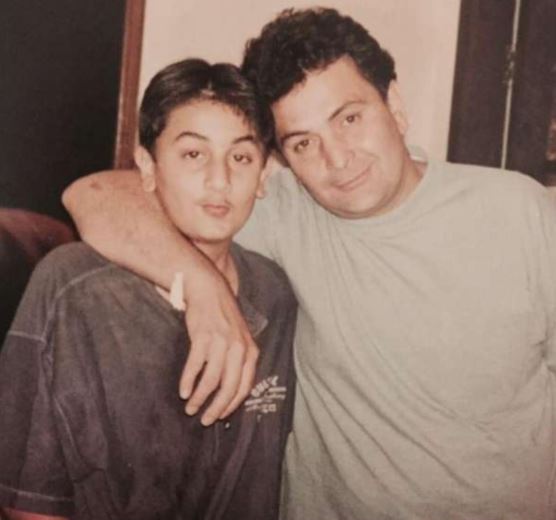 Well, we stumbled upon a throwback music video titled, 'Pyaar Ki Ganga Bahe'  where one could see little Ranbir, Sonam and Tiger with their actor-dads Rishi Kapoor, Anil Kapoor and Jackie Shroff respectively. The video is about a patriotic song and released for television audience when patriotic songs used to be very popular. The video came into the limelight again during the CAA protests, making people meet the little versions of these superstars. Check the video below.

Talking about throwbacks, Ranbir Kapoor's sister, Riddhima Kapoor Sahni had shared a childhood picture of her, along with Ranbir. Going down the memory lane, on May 29, 2019, Riddhima had shared a picture in which daddy Rishi Kapoor could be seen holding his kids, Riddhima and Ranbir. The picture had all the 90’s feel to it, and the siblings looked like the cutest mushballs. Check the picture below. 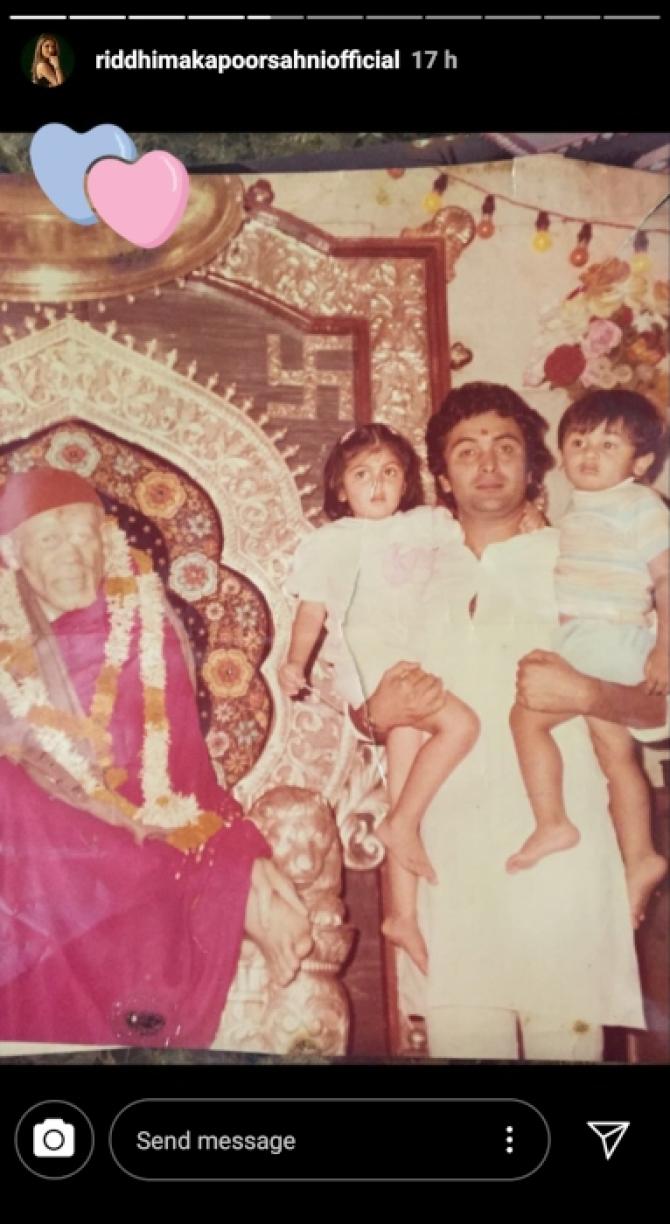 Also, in a blog to NDTV, Ranbir’s didi, Riddhima had shared about their bond with daddy, Rishi Kapoor. She had stated, "Papa used to play such fun games with my brother Ranbir and me! He had a sort of Koffee with Karan-type buzzer round where he'd ask 20 questions, and whoever replied first would be the winner. Ranbir and I now call this "Dinner with Daddy" - like Koffee with Karan! And despite his busy schedule, he'd see to it that every Sunday, he would take the family out for a meal - lunch or dinner. No matter how tired or exhausted he'd be from shooting, he'd never forget. Love you, papa." (Recommended read: Throwback Video, Ranveer Singh And Deepika Padukone's Hugs On Goliyon Ki Rasleela Ram-Leela Sets) 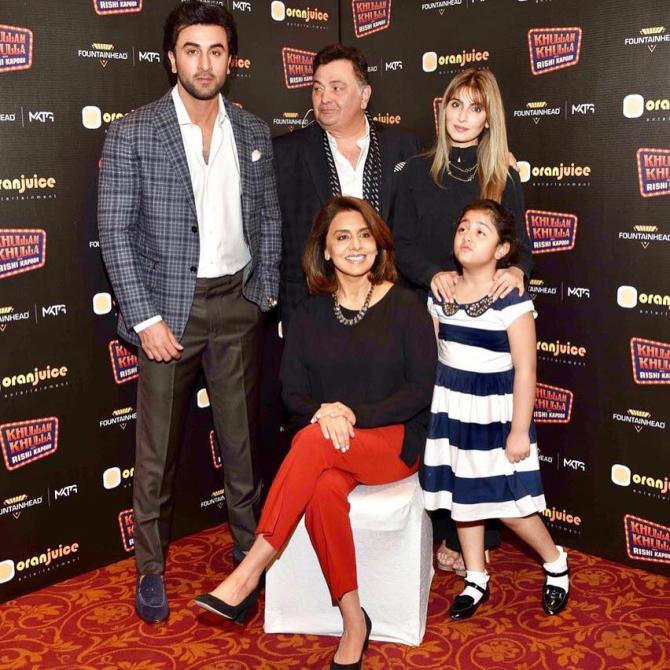 In a promotional video of fillm Jagga Jasoos, Ranbir too had revealed about the same “Dinner with Daddy” quiz. Recalling his childhood memory, Ranbir had shared, "It starts off with a lot of love, lot of warmth, but there is always a fight. It is always resolved, by the end of the day, the other person has to call that person up to apologise or send a gift. My dad was not around a lot as he was working but whenever he wasn't out he would make sure we would go out for dinner, once a week. And in the car, I remember what I used to really look forward to is that my father used to play a quiz with my sister and me. It could be general knowledge, it could be something about us, it usually used to be about food. We had the crab in a certain place in the South or in Mauritius we had certain Chinese food. And that quiz used to be really fun, my sister and I used to be really competitive." (Also read: Priyanka Chopra With Hubby, Nick Jonas Co-Created A Song For #SafeHandsChallenge Amid COVID-19 Scare) 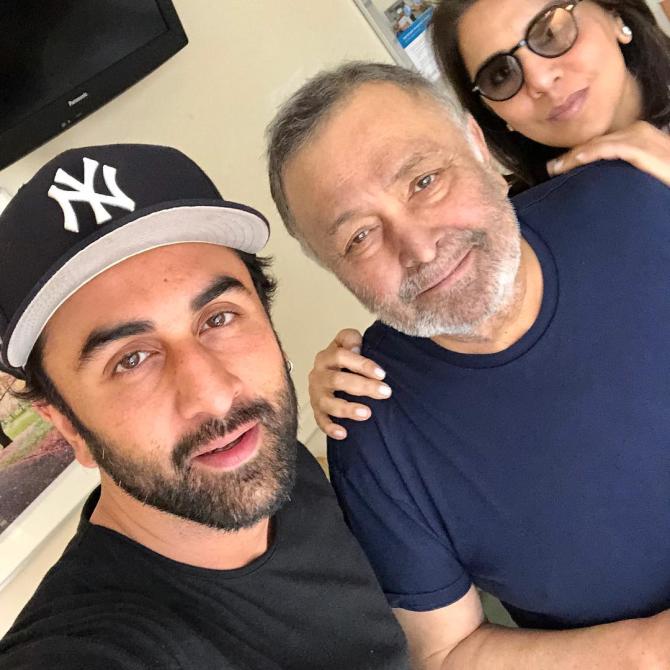 Who would have thought that the little ones in the video would turn into future superstars?