Rajiv Kapoor had left for the heavenly abode on February 9, 2021. On International Women’s Day, lets take a look at the three women, Rajiv ‘ji’ had a relationship with.

He was often compared with his uncle Shammi Kapoor, for his uncanny resemblance to him. But the youngest son of Raj Kapoor, Rajiv Kapoor had tried his best to carve an identity of himself in the entertainment industry. It was in the 80s when Rajiv Kapoor, youngest brother of Randhir Kapoor and late Rishi Kapoor had decided to carry his father’s legacy forward and had ventured into acting. He wanted to prove that acting was in his genes and tried his best to match the stature of his star family. (Also Read: Amitabh Bachchan Posts Pictures Of The Incredible Women In His Life On International Women's Day)

Rajiv Kapoor’s early films had not done well and he was cast as the lead in the 1985 social drama, Ram Teri Ganga Maili. Although the film was a blockbuster but couldn’t do much to take off Rajiv’s acting career. But it didn’t deter his spirit and he had gone on to direct Madhuri Dixit starrer Prem Granth, which had failed miserably at the box office. On February 9, 2021, Rajiv had suffered a cardiac arrest and had bid adieu to his loved ones and had departed for the heavenly abode. Today, on International Women’s Day, let's take a look at the women, who had dated the late Rajiv Kapoor. 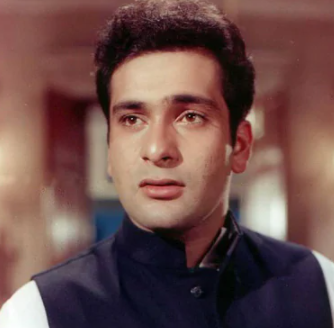 Rajiv had three serious relationships in his life. A close source of the late actor revealed the same to The Times of India and said, “No casual affairs; he had three proper relationships which lasted quite a long time, the third one ending only because he's no more today.” At the beginning of his career, Rajiv Kapoor had dated his Ek Jaan Hain Hum co-star, Divya Rana. When the film released in 1983, rumours of Rajiv and Divya had started making the rounds, but their relationship had become serious in 1984-85, while they were shooting for Ram Teri Ganga Maili. However, it was Divya, who had called off their relationship. 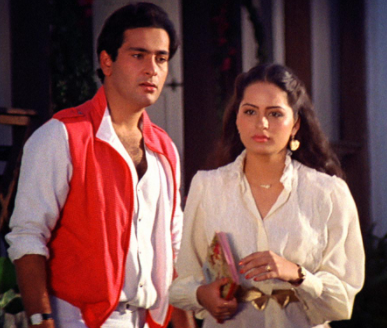 In 2001, Rajiv had gotten married to an architect, Aarti Sabharwal. But as fate would have it, they had gotten divorced two years later. A source close to Rajiv stated to The Times of India, “Aarti and Rajiv were very happy for about a year. Quarrels began after a year and the two felt that it was better to part ways rather than keep fighting. They separated in 2003.” (Also Read: Shah Rukh Khan Pays Respects By Visiting His Late Parents' Grave In Delhi, Offers Prayers [Pictures]) 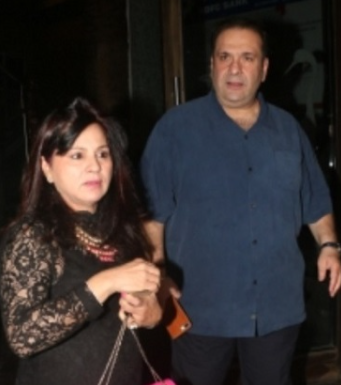 The third woman in Rajiv’s life was a woman named Sunita and it is believed that he was quite happy in the company of Sunita. The two were not married but were in a live-in relationship for quite some time. According to the source, “He was living-in with her since a long time. Randhir and Rishi's families were aware of it, but he never brought her to the RK home, and neither did she come along any time. He was very happy with her though. She worked in an airlines company.” Nobody knows why Rajiv didn’t marry Sunita but it is believed that he loved his freedom and was not ready for any commitments. Rajiv Kapoor had suffered a cardiac arrest and was rushed to Inlaks Hospital, where he was declared brought dead. It was Randhir Kapoor, who had confirmed the news of Rajiv’s untimely death. In an old interview with Leheren, Rajiv Kapoor had looked back on his professional journey in Bollywood and had reflected on what had gone wrong for him. Rajiv Kapoor had stated that people on the streets would first call him Shammi Kapoor, then Rishi Kapoor (his brother), and then Rajiv Kapoor. In his words, "It's a curious thing, but I look a lot like my uncle. Everyone who worked on the film; including the technicians, the director, the choreographer, the music director; they tried to portray my character like Shammi uncle. Because they'd all worked with him before, they made me behave like him. I was a young lad then, so I went with the flow. They used to brainwash me. As I grew older, and gained more experience, I realised that I should have crafted my own space." (Also Read: Yuzvendra Chahal's Wish For His Wife, Dhanashree Verma On International Women's Day Is The Best One) Your absence will always be felt Rajiv ji! Rest in peace.