Is Kareena Kapoor Khan Finally Accepting That She Is Pregnant?

Is Kareena Kapoor Khan Finally Accepting That She Is Pregnant? 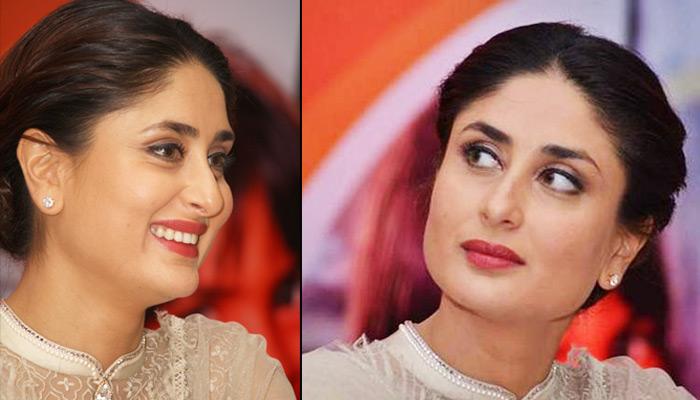 A few days ago we told you that there are many rumours doing the rounds that Kareena Kapoor Khan is pregnant and expecting her first child with hubby Saif Ali Khan. The two were spotted spending quality time in London.

Recommended Read: Soon-To-Be-Mommy Geeta Basra Looks Like A Dream On Her Baby Shower

Sources said that the Saif took his begum Kareena to London to pamper her during her pregnancy. When Kareena’s father, Randhir was contacted for a confirmation on his darling daughter’s pregnancy news, here is what he said:

“Well, they have not told me yet, so I have no clue. But I hope it is true. It is high time that they had a baby.”

Also Read: We Are Not Sure What Bharti Singh Did But This Is How She Looks Now!

Kareena’s father is eager to become a grandpa soon! But, his daughter has refuted all these rumours and said that she has always been very open about her life and would never hide such a big news from her family, friends, fans and media!

Here is what Kareena said about the rumours of her impending motherhood:

“God willing hopefully. I am a woman. But right now there is nothing to say about it.”

She also wants to be a mother and embrace motherhood like any other woman, but right now, there is no truth to these rumours!

She isn’t upset over these rumours, rather she is all excited! Here is what Udta Punjab actress further added:

“The fact that you all are talking about it is making me super excited. I gave five hidden children in London.”

In a recently interview to an entertainment website, here is what Kareena said about her rumoured pregnancy:

“I am not saying yes or no, but you guys will know at the right time… Like I said, I look forward to it. I have always said, I will work after marriage. I got married and I am still working. Now I am saying I will still have a child and my work will never suffer.”

Now, this statement is making us too confused about her pregnancy status!

The Udta Punjab actress was recently asked by a journalist that is she planning to work in Hollywood just like Priyanka Chopra, here is what Kareena disclosed:

"My priorities are very different. I think it's amazing what Priyanka has done. But I don't think I could ever do something like that. I want to be a married working woman. My responsibilities are a lot more different than hers. I have a husband, I would like to start a family."

We are happy to hear that Bebo wants to start a family now!

Recommended Read: Shahid Kapoor Opens Up Like Never Before About His Wife Mira And His Soon To-Be Fatherhood

We hope and wish like everyone else that you become a mother soon and embrace God’s most beautiful gift, motherhood. We can imagine how gorgeous your kids will be and you are sure going to be one yummy mummy!