This Couple Got Married In 8 Different Countries For A Whole Month In Just £10,000

This Couple Got Married In 8 Different Countries For A Whole Month In Just £10,000 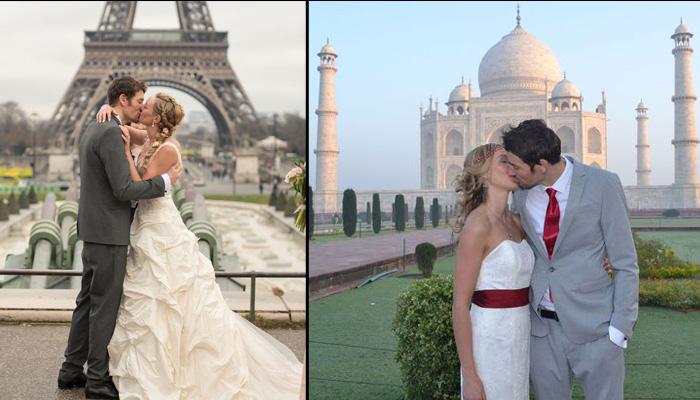 Meet the much-in-love couple from England, Amelia and Brett Irwin, who took their marriage celebration to another level. How? Well, by getting married in 8 different countries! Exciting, right? And surprisingly they did all this in £10,000, their wedding budget!

Recommended Read: This Kickass Bride And Groom Performed Amazing Metal Music For Their Guests At The Wedding

Amelia and Brett decided to have a safari wedding. In Amelia's own words:

Brett is South African so we had planned a huge wedding on safari in Africa.

But after knowing that Brett's brother and his girlfriend have decided to marry in the same year as theirs, the couple were in dilemma since getting two long leaves in a year was a problem, so they decided to get married at a registry office before embarking on a month-long honeymoon. But after court marriage, Amelia came up with a brilliant idea for their wedding ceremony. She said:

“Why not get married in each country on the way round so we could invite whoever would like to come.”

And that was it. The couple embarked on their wedding/honeymoon journey and celebrated their union in style in different parts of the world.

“It seemed perfect and was the answer to all our problems. We did not have to pay for others to eat, drink, and party and were able to spend the wedding money on ourselves while travelling the world.”

The event planner carried eight wedding dresses to get clicked in every country. The couple took the romantic trip to various places including France, Moscow, China, Nepal, India and Russia.

“'As we were in China we wanted to see the Terracotta Army and we both wanted to go to India.”

“We flew over Nepal and thought we might as well stop there too before flying from there to Delhi.”

“China was pretty difficult as they don't allow Google or Facebook due to the communist regime." 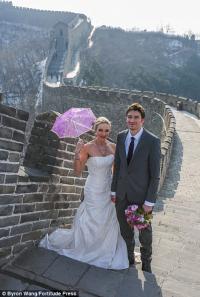 Must Read: This Lavish Wedding Of The Chinese Kim Kardashian Cost A Whopping $31 Million!

“Brett's mum joined us in China, Mauritius and South Africa which was so lovely and my parents joined us in England and France. At Monate game lodge in South Africa, the wedding coordinator did everything for me, from finding a florist, a make-up artist, a photographer and everything in between. ”

Liked Mauritius in this pic? Well, you should definitely learn from these 6 Reasons To Explore The Exotic Mauritius On Your Romantic Honeymoon

“'We were both blown away by Russia and the Russian people – it was easily the best country we visited.” 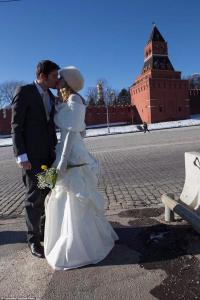 The happy couple’s honeymoon came to an end in South Africa where Brett’s brother was getting hitched.

The couple has a five-year-old son Gabriel who can also be seen with them in the wedding pics at various places. Take a look: 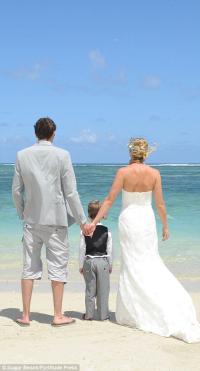 Recommended Read: 7 Bollywood-Inspired Locations That Should Be On Your Bucket List For A Perfect Honeymoon

So all those who are about to get married and are looking for some different way to celebrate their union, take a hint from them and try to plan your wedding in such an interesting way. 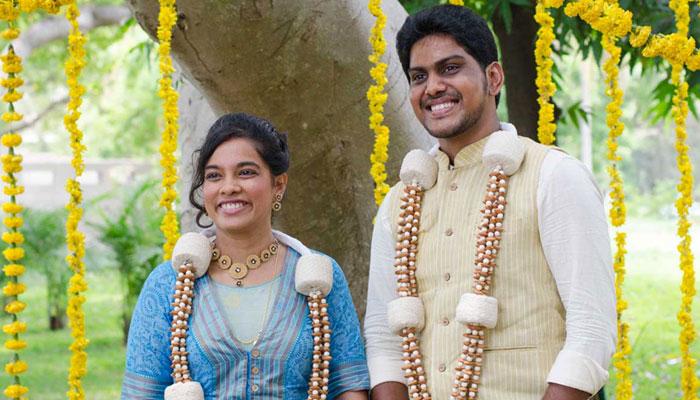 Wedding are about two individuals who have a strong emotional connection and want to spend the rest of their lives with each other. But in India, no one can actually imagine a wedding minus the extravagance, lavish menus, sangeet, cocktail etc. In simple terms, Indian weddings are mostly about big