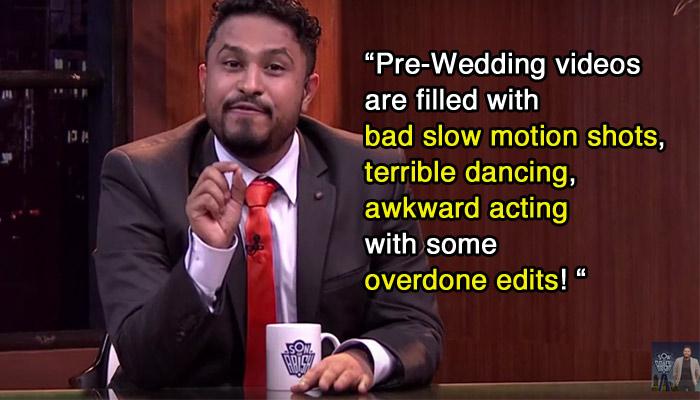 There is not an ounce of doubt about the fact that weddings are beautiful, and special. The to-be married couple is on cloud nine throughout the preparations, till the very day of their wedding. They make all the possible efforts to preserve the beautiful memories of their wedding. They do not want to miss out on anything, even the days that lead to the much awaited big day. 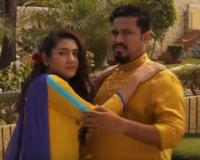 This wish has given rise to an increase in the trend of pre-wedding photoshoots and videos. These shoots are done a few days before the wedding and are a complete filmi package, all with mushy poses, Bollywood songs in the background etc.

Most of the times, these videos and photos turn out to be incredibly sweet and perfect. But sometimes, mostly in case of arranged marriages where the couple has not gotten enough time to get to know each other, there is a certain awkwardness between them. It is everybody’s personal choice on how they express love, but no offence, some videos are really funny.

So, this famous comedian, Abish Mathew, has come out with a brand new video which is a hilarious take on such awkward pre-wedding videos. It is his parody version of a funny video shoot. So, without making you wait any further, watch this hilarious video, which is sure to leave you in splits. Here you go:

We could not stop laughing after we saw this. Right from the guy’s entry with some cheesy Bollywood music playing in the background, to the girl waiting in anticipation (feigned anticipation, obviously), is full of puns and fun.

Recommended Read: Mira Wants To Have Another Baby Soon And Shahid Is Very Happy

Well, we would again say that there is nothing wrong in expressing one’s love for their partners, but nonetheless, this hilarious video did make us laugh a lot. Comment below if you had the same reaction to it.