Age Is No Bar: Madly In Love TV Celeb Couples Who Have Huge Age Gaps

Age Is No Bar: Madly In Love TV Celeb Couples Who Have Huge Age Gaps 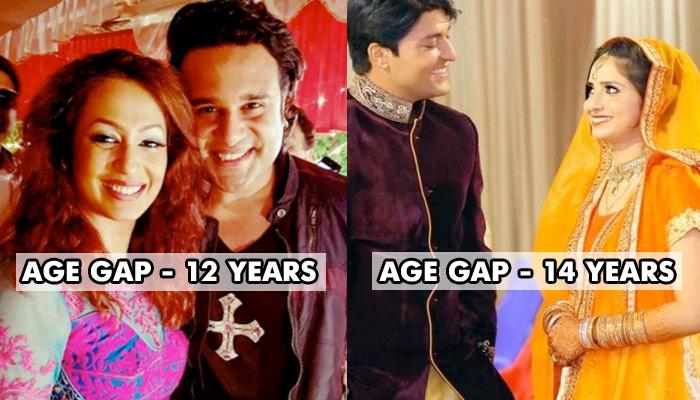 It is said that love is blind and true soulmates hardly care about the age factor. Well, it certainly holds true in case of celebrity couples who see the huge age gaps as mere numbers and not the norm.

Recommended Read: 14 Bollywood Celeb Couples Who Kept Media And Fans Away From Their Low-Key Weddings

Let’s have a look at some of the husbands and wives from the telly land who never cared as to who is junior or senior in love. 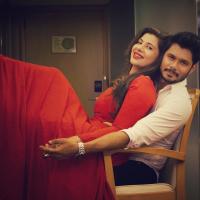 The heart wants what it wants. This stands extremely true for Sambhavna Seth who married a man 7 years younger to her. One of the most popular and bold faces of television, Sambhavna dated her boyfriend Avinash Dwivedi for around five years and finally tied the knot in Delhi in 2016. She is a loving wife and the age difference hardly has had any impact in her lovely relationship.

One of the most popular jodis of television stormed into our hearts after their killer moves in Nach Baliye 3. The on-screen magical pair, Aamir Ali (39) and Sanjeeda Sheikh (32) started dating in real after the show and the age difference of seven years was no barrier for them to fall in love and get married. After seven years of courtship, the duo tied the knot on March 2, 2012, in Mumbai. Today, their mind-blowing chemistry is out there for the world to see. Really, they are the closest pal and soulmate to each other. 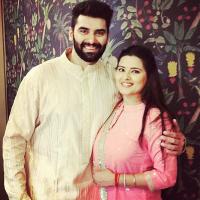 Have you ever seen such an attractive jodi as this? It is a match made in heaven which survived the seven years of age gap. They are madly and truly falling in love with each passing day. Nikitin Dheer (37) who played Tangabali in the movie Chennai Express married much younger Jhansi Ki Rani actress Kratika Sengar (30) in 2004. With their love and fondness for each other, they make the age gap look zero. Seems, Kritika has the power to charm everyone and not just the audience. 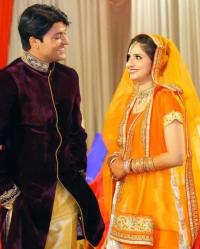 Age must be the last thing in Anas Rashid's mind who is engaged to a girl 14 years his junior. TV actor from Diya Aur Baati Hum fame who is 36, shattered the age gap stereotype by falling for Heena Iqbal who is just 24. And that too, in an arranged marriage! Today, the actor is well settled and leading a blissful life. Who is older and who is younger, has surely taken a backseat in their happy married life.

To Know More About His Marriage: 'Diya Aur Baati Hum' Fame Anas Rashid All Set To Marry This Chandigarh Girl 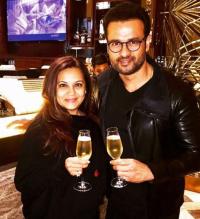 Love happened to these TV celebrities through a common friend and since then there was no looking back. Their love and trust towards each other easily compensated for the difference in their age. In fact, the wonderful actors Rohit Roy (48) and Mansi Joshi Roy (41) are as happy as the couples with lesser age gaps.

When it comes to falling head over heels in love, a lot of celebs just don’t care about the age criteria. Sachin and Supriya are surely one of them who have a huge difference in their age but that doesn’t affect their marital life at all. The highly talented and adorable couple who co-starred opposite each other in Tu Tu Mai Mai, have a 10 year age gap between them. Well, who minds the age?

Check Out: 10 Celeb Couples Who Did Not Let Their Distraught Relationship Affect Their Families 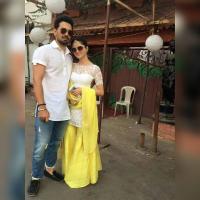 You just can’t ignore true love even if there is a seven-year age gap. Abhinav Shukla and Rubina Dilaik who co-starred in the famous serial Chhoti Bahu fell in love despite the huge age gap. Rubina is 27, while Abhinav is 34, and it hardly matters to them either, even if one of them has a few extra candles on the birthday cake. 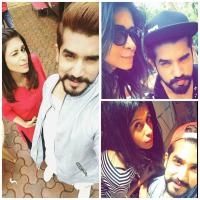 One of the new brides of B-town, Kishwer Merchant (36) has hit it off with a younger man. She chose to follow her heart than the norms when it came to selecting her life partner. This Ek Haseena Thi actress tied the knot in December 2016 with television actor and singer Suyyash Rai who is 8 years younger to her. However, the lovebirds are surely living their life to the fullest.

Also Read: 4 Celeb Stepfathers Who Share A Beautiful Relationship With Their Stepchildren 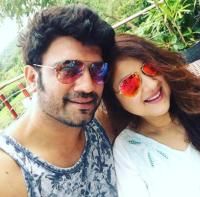 There is yet another stunning couple of telly world who is enjoying a healthy and long marital life despite the huge age gap. The Sasural Simar Ka actress Keerti Gaekwad Kelkar has proved that age doesn’t matter for a relationship to flourish. She is married to actor Sharad Kelkar( 40) who is seven years elder to her. Both the actors did a fabulous job in Sindoor Tere Naam Ka and Saat Phere, where the cupid struck and the lifelong decision was taken. 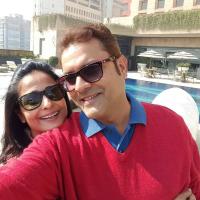 Another couple caught in the euphoria of ageless love is TV actress Lata Sabharwal and her husband Sanjeev Seth. The on-screen married couple, who tasted success and stardom with Yeh Rishta Kya Kehlata Hai, married in real in 2010. Surprising and shocking for many, the couple has as an age difference of 14 years. Well, as long as there are love and passion, the sparks never fade to make it the best of a relationship.

Check Out: 5 Celeb Brides Who Made Big Fashion Blunders On Their Wedding Functions

That age signifies so much more than just a number can be well learnt through this couple’s chemistry. A great actress of her time, Aparna Tilak who became famous with the show Left Right Left didn’t allow a few years to get in the way of her married life. She got married to Dr Amod who is twelve years elder to her. Now, in the country where even ten years of an age gap seems to be too much, Aparna proved the norms wrong with her Mr Right. 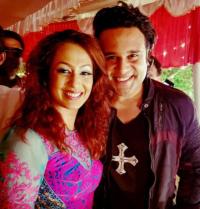 This pair from the television industry gets along so well that the twelve-year gap just doesn’t matter. The wonderful jodi started dating each other in 2006 and after a live-in of many years, wedding bells rang for them in 2013. Krushna is 33 and Kashmira is 45, and this age-gap relationship is doing wonders. 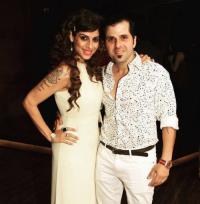 This Parsi duo is a perfect example of being lucky-in-love despite having an age gap of more than 5 years. Bakhtiyaar (37) and Tanaaz (45) who walked down the aisle in 2007 are more like best mates to each other. Their connection and passion surely overshadow the concern of age gap. Tanaaz was married to Farid Currim before marrying Bakhtiyaar.

These celebs understand their life partners and hardly give thoughts about the rigid limitations of age. Their relationships signify that there is nothing like an ideal age gap between a husband and a wife. It is actually the true love that heightens the chances of a lasting relationship.