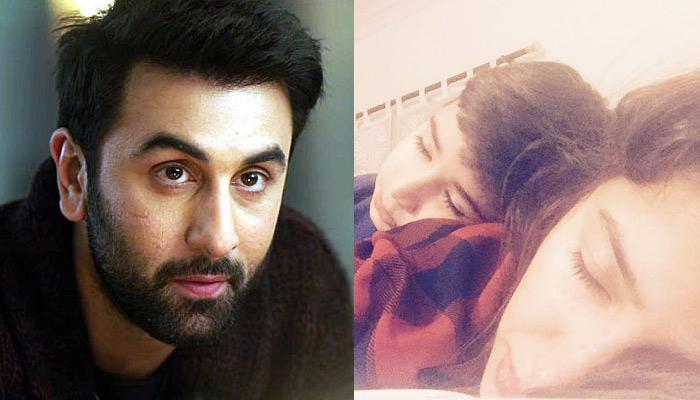 In this showbiz world, there is nothing new when the spotlight shifts from your professional life to personal life within a jiffy. There is one handsome, charming, cute, hot and what not actor from the B-town whose personal life has been equally the talk of the town. We are talking about none other than the chocolate boy and heartthrob, Ranbir Kapoor. 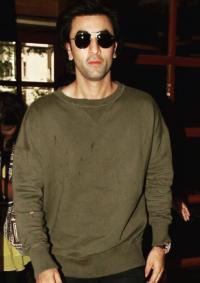 This hottie has always been under the scrutiny of his relationships with one or the other actress. Some time back, he was seeing Deepika Padukone and then later, he went on to date another beautiful actress and Bollywood's chikni chameli, Katrina Kaif. 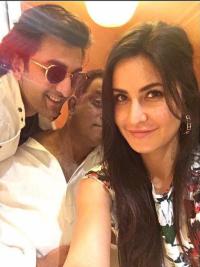 Everything was going fine and well between the two and Kapoor Khandaan even liked Katrina. But things didn’t work out well, and the two parted ways in January 2017.  But these two chose to keep mum about whatever happened until Ranbir gave this statement to one of the most notable journalists:

“Over the years, I’ve realised my personal life is very dear to me, especially what my relationship with Katrina is. After my parents, she’s been the most influential, most motivational entity in my life and I hold that very dear. So, I don’t want to speak anything about it. There’s no negativity, there is no sense of bitterness, so there’s nothing to talk about.”

And now, the rumour mills have been abuzz that the actor has found love in another pretty actress and it’s single mother and Raees fame actress, Mahira Khan. 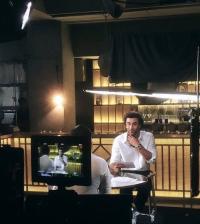 Yes, guys, you heard us right! Apparently, Ranbir and Mahira met at a party that took place in abroad and they instantly hit off. A leading tabloid quoted a source saying:

“Ranbir and Mahira met during one of their trips abroad and got along like a house on fire. They have stayed in touch ever since.”

You May Also Like: This Leading TV Star Is Already Married And Has A 6-Month-Old Baby 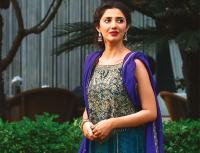 Though neither Mahira nor Ranbir have come on record and talked about if all this is true or not. In fact, when in a recent media interaction he was asked about his relationship status, he said:

"I have never been single in my life. Since the age seven, I have always been in a relationship. "This is the first time I am single and it’s amazing. You have a lot of time for yourself. I’m not meeting anybody. The only people you meet are the film industry people and eventually, the only people you start talking to are actresses."

But as we say, there is no smoke without fire! After that, the two appeared on Global Teacher Prize Ceremony’s red carpet in Dubai. Their sizzling chemistry was very much evident to everyone present there. In fact, their backstage gup shup videos also went viral. Here, take a look:

Don't Miss: Married For 8 Yrs, Ali Zafar And Ayesha Were Once Kidnapped And Paid Rs. 2.5 Million As Ransom

And now, here comes the surprising news (not that surprising though!). After all these incessant rumours, Ranbir has constantly denied them. But now, there are a few pictures of the alleged couple going viral on the internet. In these pics, we can see these two having a conversation while enjoying their cigarettes. Here, take a look: 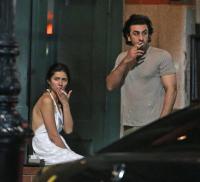 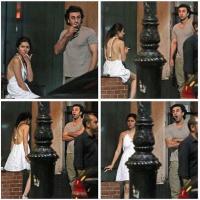 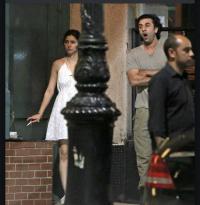 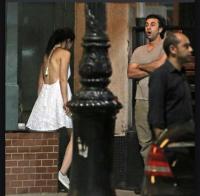 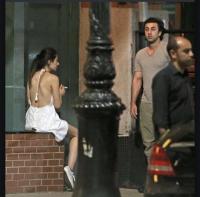 But what’s catching everyone’s eyes is this reddish spot on her back and speculations are that they are love bites. Check this picture out: 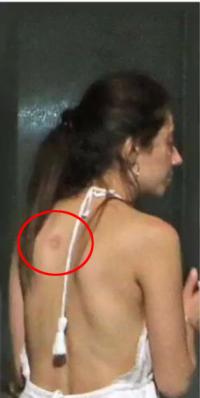 Recommended Read: This 'Kundali Bhagya' Fame Actress Is In Love With 'Chandra Nandani' Actor, Pics Inside!

So, whatever the matter is, Ranbir your fans are really waiting for you to clear the air. Until then, what take do you guys have on this? Just do let us know in the comments section below!